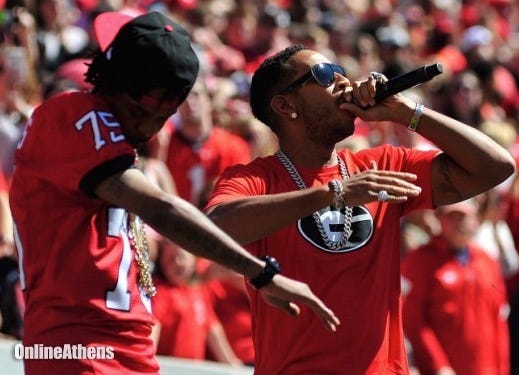 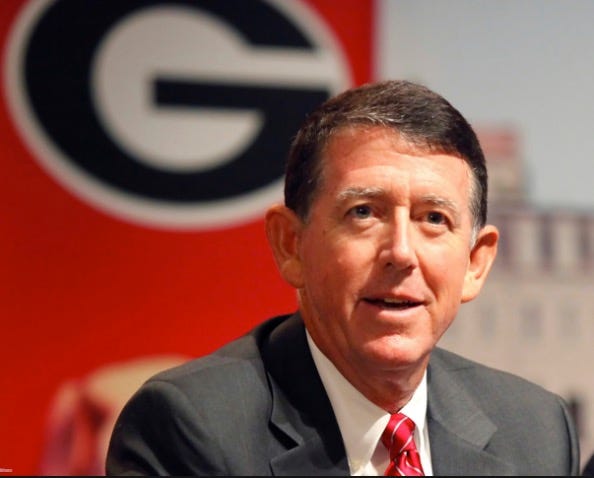 GREENSBORO | Greg McGarity trumpeted the success of an SEC record spring game attendance at G-Day on Thursday under first-year coach Kirby Smart, but he also took a moment when addressing the UGA athletic board of directors for the first time since then to offer an apology.

McGarity, finishing his sixth year as Georgia athletic director, never mentioned directly the fallout from the rider as part of its contract with musical act Ludacris, but those in the board room at the Ritz-Carlton Lodge at Reynolds Plantation undoubtedly knew what he was talking about.

“I do want to take this opportunity to apologize to our board for mistakes we made with certain aspects of the details of an entertainment agreement,” McGarity said. “Few things in my professional life have bothered me more than this situation. There are no reruns in life so we need to turn the page, learn from our mistakes and do everything we can to make sure errors of this nature do not reoccur.”

Georgia paid Ludacris $65,000 for a 13-minute performance on April 16, but the three-time Grammy winner’s lengthy hospitality rider included condoms and liquor. Georgia landed the rapper to play on G-Day days after announcing it had not secured an act.

Dude Greg…relax man. You guys gave a popular rap artist a lot of money to perform at a huge school event. Everyone does it. So you went a little overboard. It happens…you seriously don’t have to cry about it. Metaphors about turning the pages of life and learning from mistakes really aren’t necessary for giving Ludacris a little too much cash to fill up Sanford Stadium.

After the quarterly meeting, UGA president Jere Morehead said he “certainly appreciated that the athletic department took responsibility for some of the terms in that contract. Obviously in retrospect they should have done a more thorough job of reviewing all of the riders and removing those that were objectionable. I appreciate that he’s accepted that that’s what athletics should have done and what it will do moving forward.”

McGarity said after the meeting he heard about people’s unhappiness with details of the rider.

“We didn’t pay attention to details as much as we should have,” McGarity said. “That’s my responsibility, regardless of who signs it.”

Wait people aren’t actually complaining about stuff on the rider being offensive right? Holy shit. Being mad about spending wayyyyyy too much funding on a concert is one thing and completely understandable. But people were mad that a professional rap artist asked for alcohol and condoms? That was objectionable? That Luda wanted to drink and practice safe intercourse? Jesus. He’s worldwide bitch act like y’all know.

As a reminder, here’s the full rider and my blog on it. 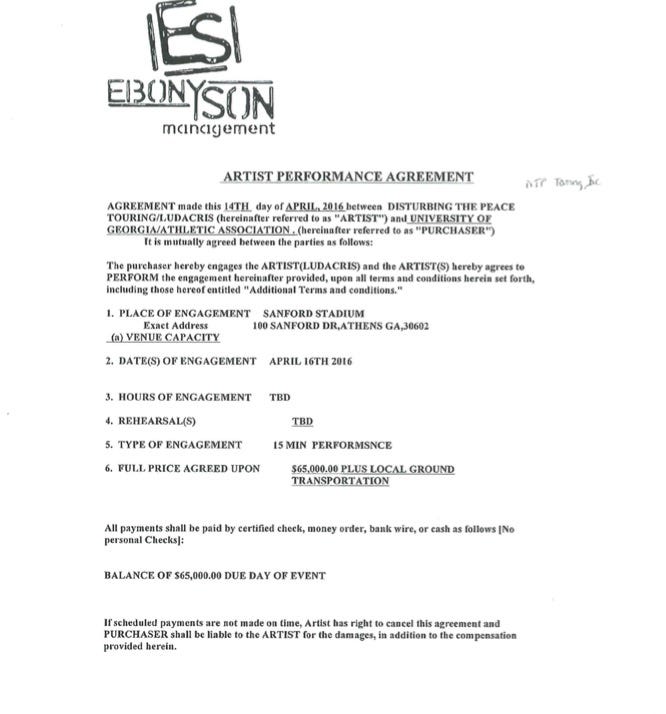 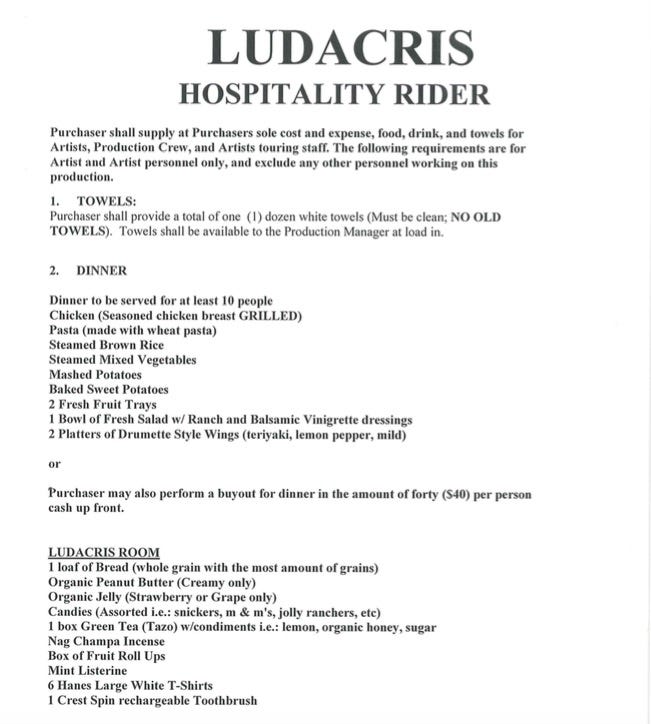 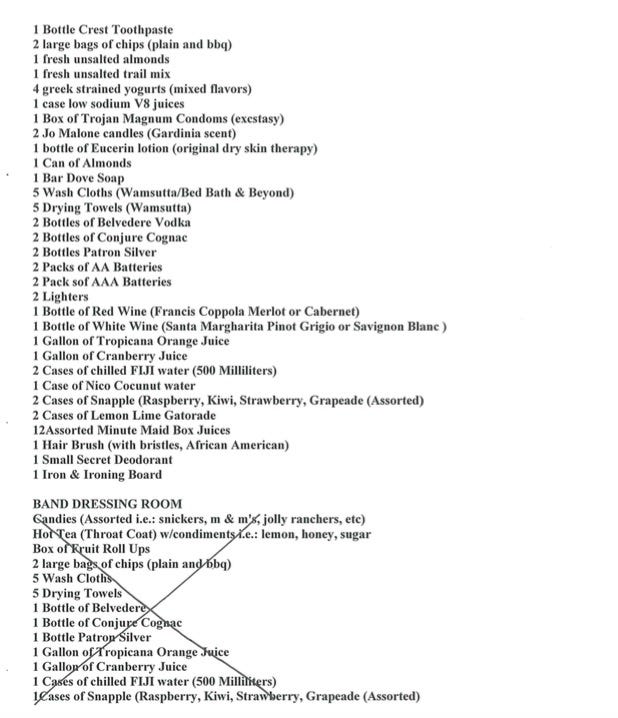 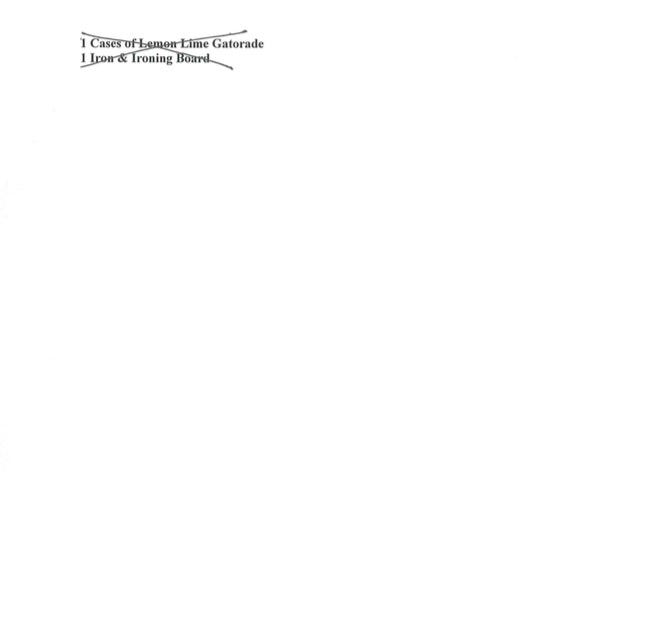 Listen to be clear I have absolutely NO problem with Ludacris here. Not with his fee, not with his rider. You’re worth what people will pay you. If UGA wanted to pony up $65K for a 15 minute set then you shake on it and hit the stage. I mean this wasn’t some po dunk frat party, it was a stadium packed with 93,000 screaming fans. If they have to provide you with what you say in your rider, you load that shit up with literally everything you can think of that you might possibly want or need. Every. Single. Thing.

Here’s an assortment of my favorite requests:

It’s a college concert bruh. If you don’t have at LEAST 1 box of Magnum condoms on hand as a celebrity at a college event you’re flat out irresponsible.

Got to get the mood right. Jo Malone candles are fire too, no pun intended. Gotta go Lime Basil & Mandarin though, Gardenia is whack.

Reminded me of one of my favorite features ever, Mo’s “Ask A Black Blogger” segment on why black people use washcloths. And Wamsutta – isn’t that like the 3rd cheapest brand at Bed Bath? The brand you buy so you’re not buying the absolute cheapest?

Lol you poor bro? Let me put it to you this way – if I know what this brand of wine is, and exactly where it is on the rack at my liquor store…it’s too cheap for you.

All Lemon-Lime, not even an assortment – that’s psychopath behavior.

And probably my favorite:

If you’re not familiar with the cognac industry, that is literally Ludacris’s cognac. 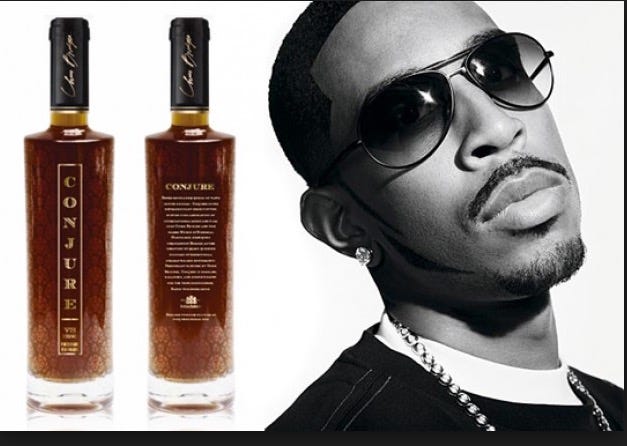 Making the school you’re charging $65K to do a 15 minute set buy your cognac for you…power moves only.