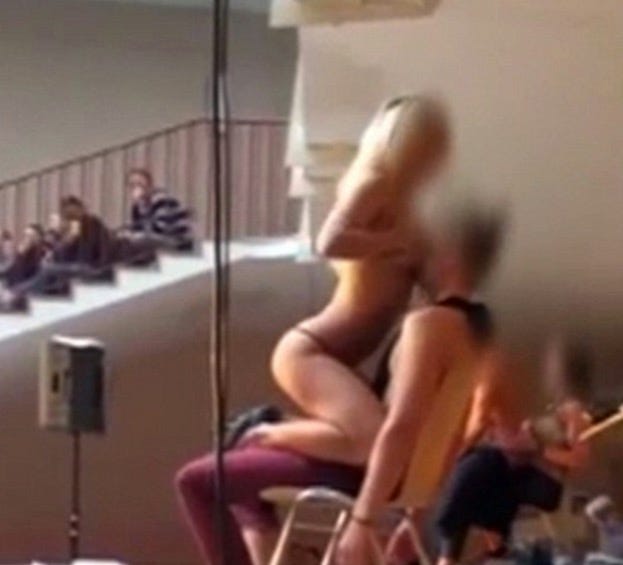 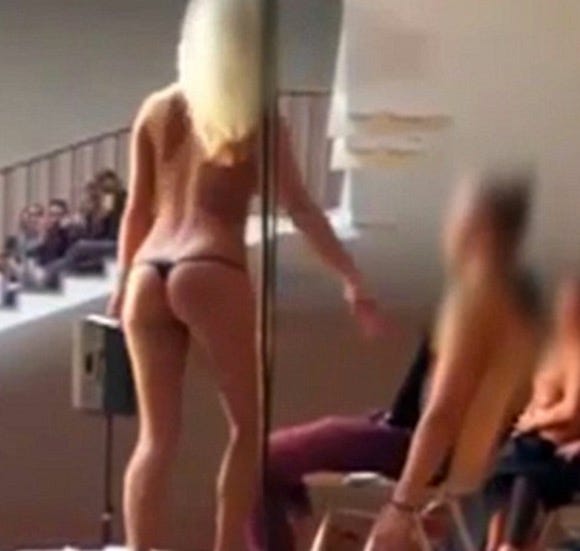 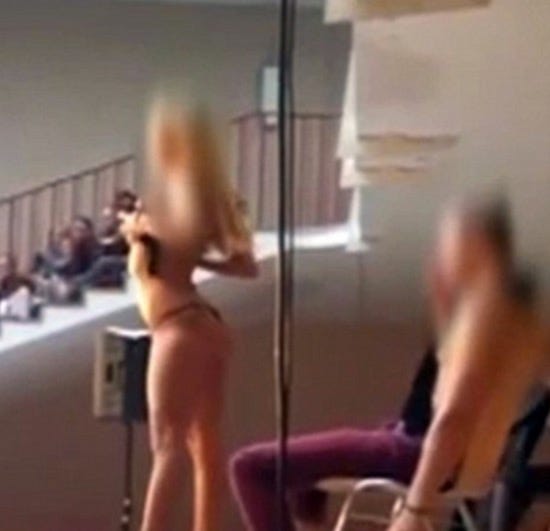 Daily Mail - Teenage students were filmed getting lap dances from a stripper they hired for their classroom graduation party – after telling teachers she was coming in to give a lecture about equal rights.

Footage shows a blonde stripper climbing on to the lap of a secondary school student while he was sitting on a chair at the Luitpold-Gymnasium in Munich, Germany.

High School Graduation Power Moves Only. Getting your teachers to approve a guest speaker for your graduation to give a lecture on women’s rights and equality, then watching their faces as she promptly disrobes and dry humps everybody. Awesome.

The dancer, named as Jarly, 33, had reportedly turned up wearing a blazer and business attire with teachers under the impression she was due to give a talk.

But after welcoming the pupils and starting to talk about the relationship between teachers and students, she invited some of the students onto a podium where – to the delight of the audience – she started to strip off.

Video showed Jarly climbing almost naked onto one student’s lap and pushing his face between her breasts – and then wrapping herself in a blue towel to remove her underwear.

After the striptease was videoed through a window, the footage and clips from the ‘lecture’ quickly became a hit online.

Redefining the Senior Prank. Letting rodents loose in the school or putting the principal’s car on the roof – old news. Getting a professional whore to rub her tits in your face while grinding on your dick – top notch.

Teachers decided to allow the woman to finish the show because all of the pupils were technically adults and there were no minors in the room.

Wouldn’t see that shit in America, that’s for sure. Germany FTW.