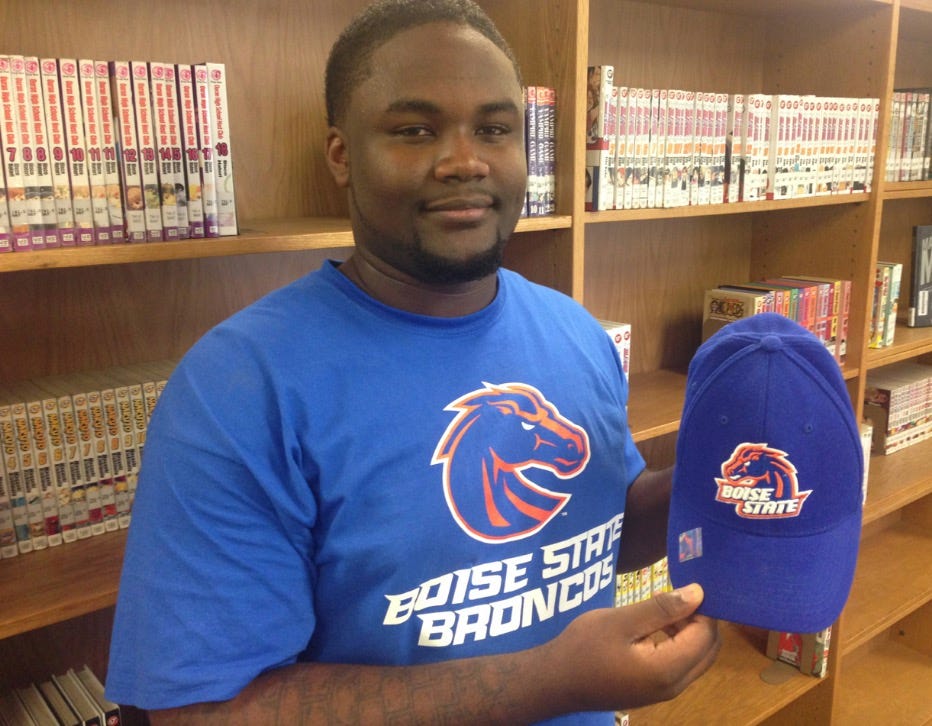 Hey…were you ever wondering why a pretty good D tackle for a premier program like Boise State that played in all 13 games his redshirt freshman season was just flat out dismissed from the team?

For a “violation of team rules”? Man, must have been some pretty big rule breakage. Better wait til the details leak out.

Oh, there they are!

“Felony mayhem” will do it. Felony mayhem…for biting off your teammate’s god damn ear? That’ll DEFINITELY do it.

Idaho Statesman – Dereck Boles, a former Boise State defensive tackle who was kicked off the team Feb. 27, was arrested earlier this month in Florida after an arrest warrant was issued by Ada County.

Boles was charged by the Boise Police Department for felony mayhem after a Feb. 12 incident in which he allegedly was in a physical altercation with another male at an East End residence, biting him on the ear and tearing a portion of it off. The man who was allegedly bitten was treated at a local hospital for non-life threatening injuries. A Boise State source said he is a current player on the team.

According to Idaho statutes, mayhem is defined as “Every person who unlawfully and maliciously deprives a human being of a member of his body, or disables, disfigures or renders it useless, or cuts out or disables the tongue, puts out an eye, slits the nose, ear or lip, is guilty of mayhem.” The maximum punishment is 14 years in state prison.