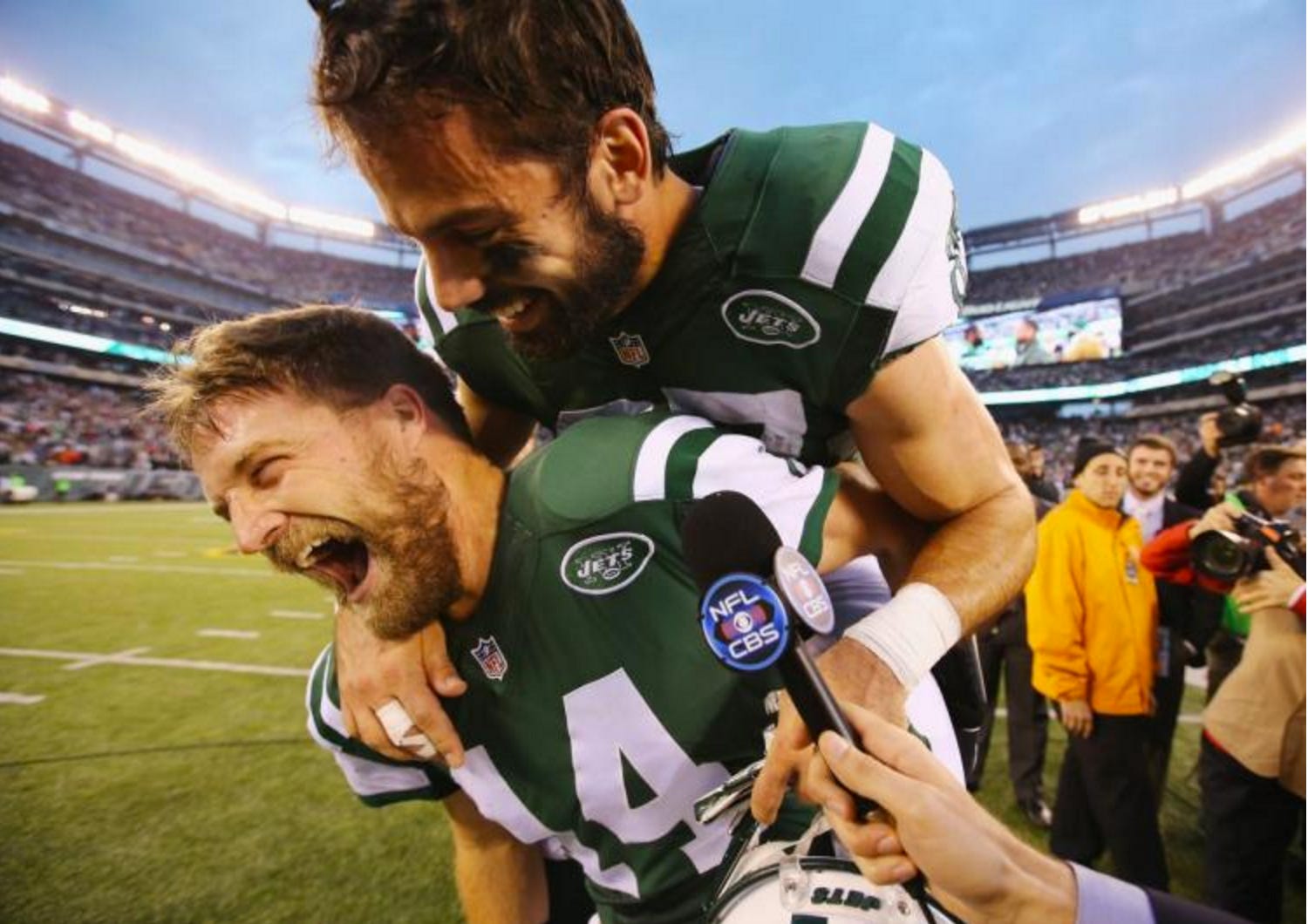 PFT – Amid a report that Jets receiver Eric Decker is skipping Organized Team Activities to make a statement in support of quarterback Ryan Fitzpatrick, it appears that Jets receiver Brandon Marshall is doing the same. Although Marshall hasn’t said anything about the issue, Manish Mehta of the New York Daily News connects the dots and concludes that both Decker and Marshall are skipping OTAs to show solidarity with Fitzpatrick, who remains an unsigned free agent. It’s widely expected that Fitzpatrick will be the Jets’ starting quarterback this season, but the Jets aren’t offering Fitzpatrick the kind of money he wants, and so far it appears that neither side wants to budge on contract talks. The Jets are waiting until Fitzpatrick brings his price down, while Fitzpatrick is waiting for the Jets to increase their offer. Neither side has a lot of leverage: Fitzpatrick doesn’t have another team willing to make him its starting quarterback, while the Jets don’t want to be stuck with Geno Smith as their starter. Marshall and Decker don’t want Smith, either. They’re making it clear that they want Fitzpatrick to be their guy, and they’re skipping voluntary workouts to make that point.

First things first I dont think this matters one bit in the grand scheme of things. Missing a couple OTAs means nothing. So that doesnt matter.

And I suppose I like the fact that these dude’s REALLY have Fitz’s back because I’m very confident these 2 sides eventually work out a deal. The fact that these guys will go to bat for their probable-eventual-QB is a nice change of pace from people breaking their quarterback’s jaw.

But goddam this is some ballsy shit. There is absolutely no way Decker and Marshall should be getting involved in these contract negotiations. None. That is a ridiculously slippery slope for players to get involved in strong arming the team to paying their buddies. Look, plain and simple there is NO REASON for the Jets to give into Fitz’s demands. Hes not worth the money he wants, and he has no suitors willing to pay him that. The Jets are being fair and smart and dont deserve other leaders of this squad fucking protesting and not showing up for work. You want your buddy back on the team so bad tell him to open his eyes, recognize his market, accept reality, and take a reasonable contract. Thats how these 2 sides will reunite. Not Fitz and his buddies stomping their feet asking for unreasonable money someone doesnt deserve.