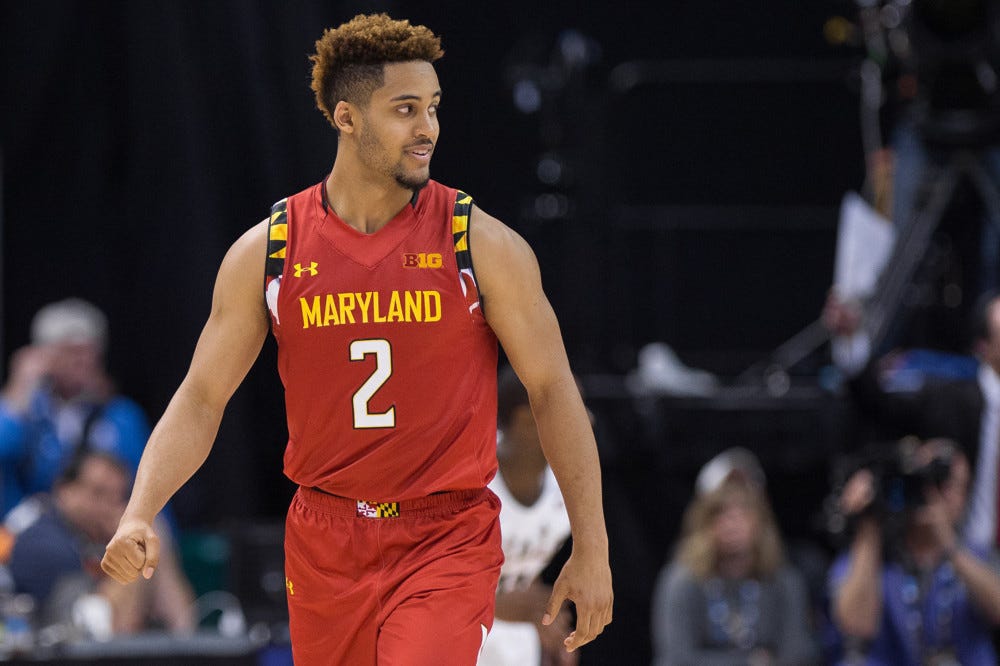 Big BIG news for the Terrapins tonight. Melo was in a tough spot because he clearly wasn’t ready for the NBA and his stock dropped after a disappointing season, but he also didn’t have all that much to gain by coming back. Last year was his opportunity to really shine with a strong supporting cast, and he didn’t do that. Now he’s got a young, far inferior team to work with to try and show that his poor showing was a result of a lingering hamstring injury and a lack of confidence. Not exactly an ideal situation for the kid.

For the program though, this is huge. This was going to be a rebuilding year, and to an extent, it still will be. The difference here is that the Terps should still be good enough to stay relevant and be a fringe top 25 team. They have a pair of impact freshmen coming in, and Dion Wiley will be back after missing the entire year with a torn meniscus. People forget that Wiley was actually a higher rated recruit than Melo by many recruiting websites. He brings a lot of potential on the defensive end that was lost when Layman and Sulaimon left. The Terps will be a disaster in the frontcourt and that’ll keep them from contending for a BIG title, but their backcourt should be strong enough to give them a good chance of making the NCAA Tournament again.

Most of all, remaining relevant allows them to keep momentum in recruiting. The Terps are high on the lists of some lofty recruits in the 2017 and 2018 recruiting classes, namely Trevon Duval (wherever Duval goes, people will know his name, guaranteed. He’s absolutely filthy). If Mark Turgeon wants to compete against the blue blood programs for these recruits and close the deal, he has to have the Terps in the picture every single year. He can’t have any big steps back, and 2016-17 was due to be a BIG step back without Melo. If Melo can come out and play like we know he can, the Terps will have a respectable year and keep the momentum going. It’s a ripple effect that goes beyond just next season. All I can say is I’m glad he’s back.