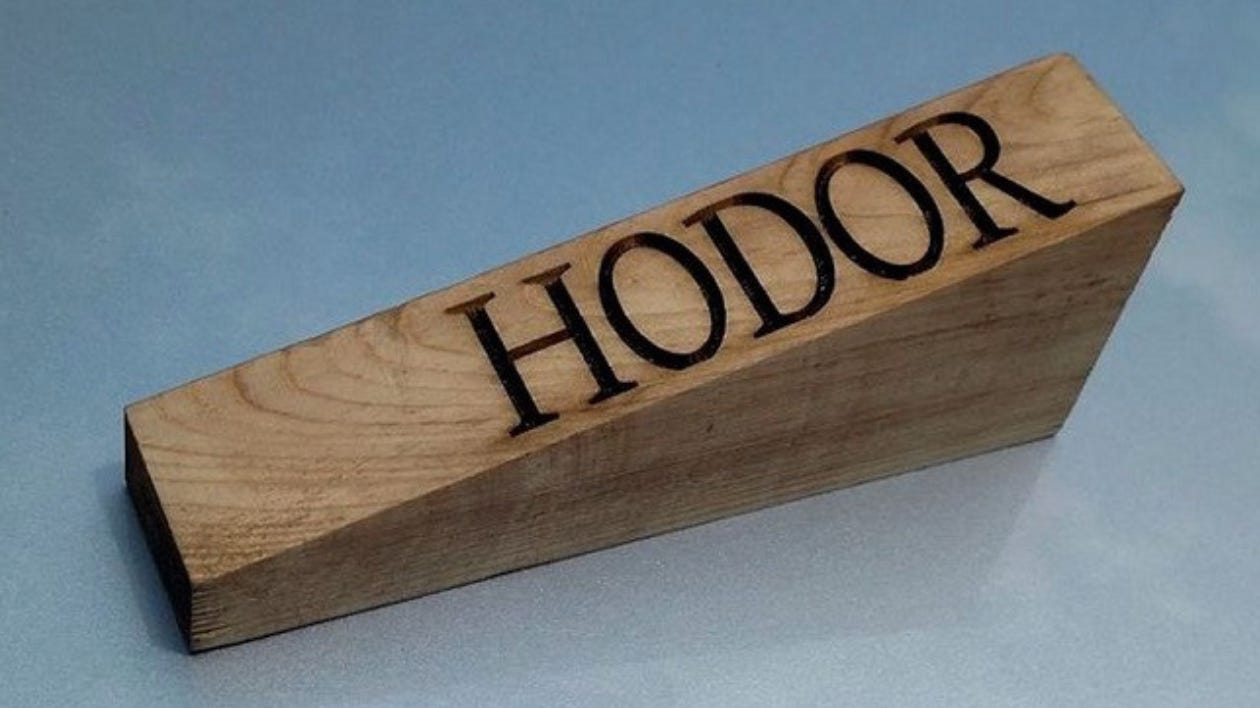 Brings a tear to my eye. More like a waterfall of tears to my eye. People all across the world paying homage to our big Bran-carrying brute after his gut wrenching death in Sunday’s episode. I think everyone is shocked at how affected they were by Hodor’s death and I think I know why. Everybody else in Game of Thrones sort of deserves to die. Nobody is innocent. Every character in the show has done something that makes you go, “Well that was pretty fucked up.” Every character minus Hodor. That dude never did anything wrong. He was innocent of all wrong doing. All he did was stay loyal to Bran for his entire life (even after Bran fucked up his head and only allowed him to say Hodor in the past……..or the future. I’m not totally sure. Time travel is confusing AF) and hold the door.  How was he repaid? By getting ripped to shreds by skeleton White Walkers because of something Bran did wrong. RIP Hodor.

PS- RIP to the direwolf too. Hodor is grabbing all the headlines this week but the direwolf sacrificed himself for Bran too. Fucking Bran. He better do something awesome soon or he’s the worst.

Oh and BUY A SHIRT 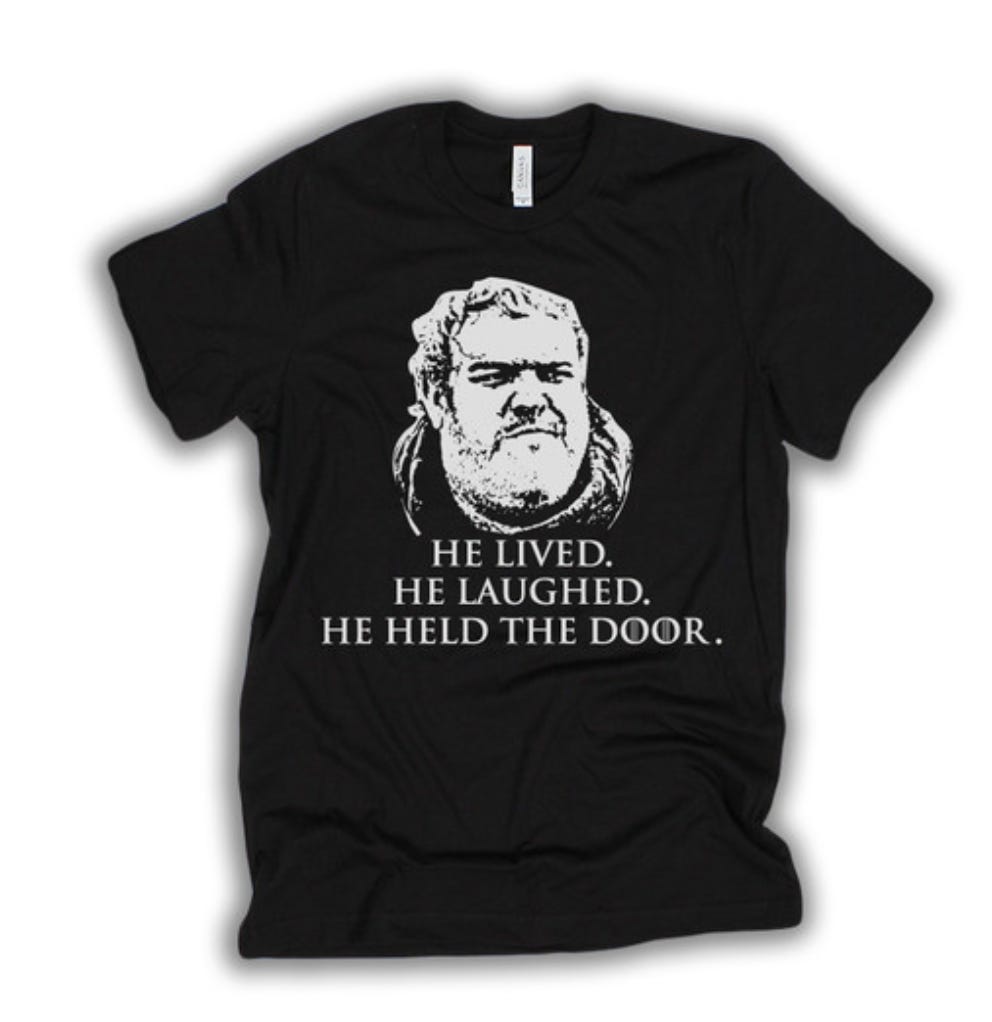