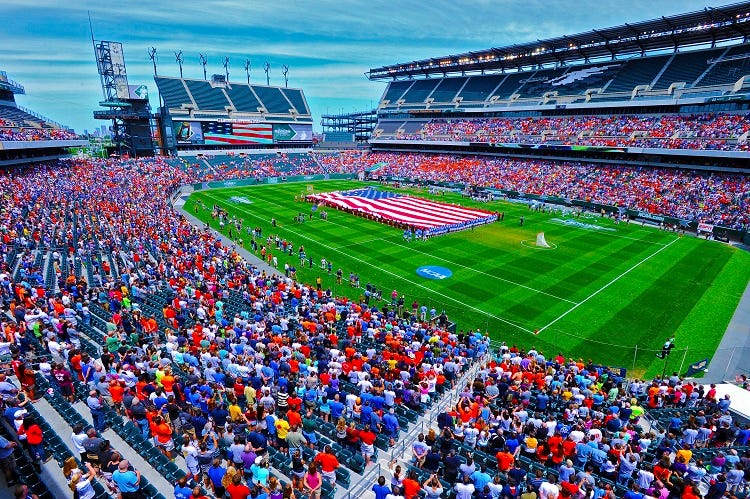 Whoever said that college lacrosse is a spring sport is the biggest liar ever placed on planet Earth. The season gets underway as soon as these kids get back to school from winter break and games start in February. For the majority of the season, games are played with mountains of snow shoveled off the field and piled up on the sideline. Most schools that have Division 1 programs are in the Northeast/Denver/South Bend, Indiana and when you think about the weather we have here, it doesn’t start to actually get nice until hopefully the end of April. So there are only a few teams that are lucky enough to play deep into May and actually have a spring season. And after months of games and practices and everything in the middle, the season comes down to one final weekend in Philadelphia and four final teams remaining. So let’s take a look at the teams remaining, maybe throw out some takes in the process, and break out those pastels and mid-calves because it’s about to go down. 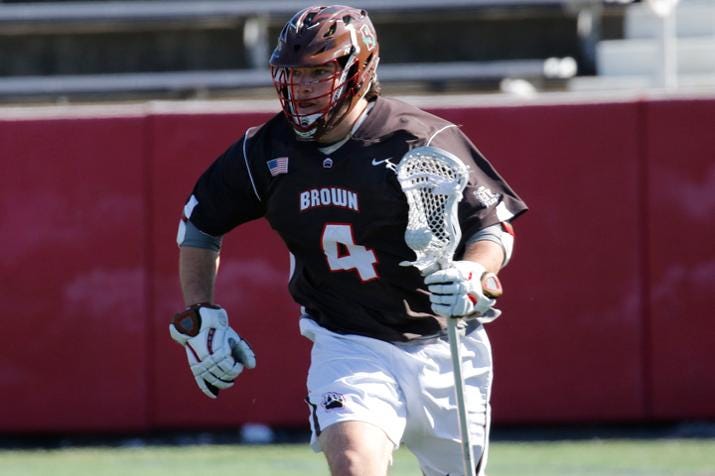 The biggest news heading into this game is that the NCAA scoring leader and likely Tewaaraton Trophy (lacrosse’s version of the Heisman) winner Dylan Molloy will most likely not be playing. Molloy has 114 points on the season but fucked up his foot–I believe that’s the scientific term for it–during Brown’s first round game against Hopkins. Luckily for Brown, they already proved they can survive without Molloy on the field after knocking off Navy 11-10 in the quarters. They play a great run-and-gun style of offense and are fast in transition. Which makes losing Molloy a little less of a death blow since they’ll still be able to get their goals without settling into the 6v6 offense. You’ve got kids like Kylor Bellistri (Kylor is such a lax name) carrying the load offensively without Molloy down there, you’ve got plenty of poles who can push in transition, and will get plenty of extra possessions with Philly kid Will Gural at the faceoff X. Brown hasn’t scored less than double-digit goals all season long but Maryland has only given up 10 goals twice this year, and both have come on wins. 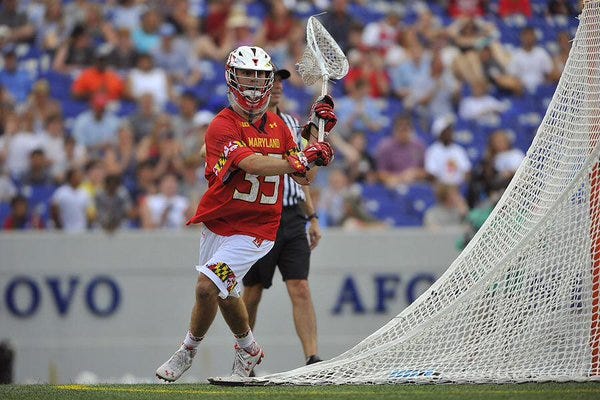 15 straight wins in a row for the Terps after starting the year 1-2. They walked their way to a Big Ten championship, they smoked Quinnipiac in the opening round, they smoked Syracuse in the quarters. Their closest game in the past 4 has been by 6 goals. There’s not a hotter team in the nation right now than Maryland and you know that Matt Rambo is going to want to come back home to Philly and avenge that Championship game loss from last year to Denver. Here’s just a little prediction of what Saturday’s game is going to look like.

He’s the first Terp to have 60pts in a season in the past 10 years. He’s obviously a special player. But again, the thing that stands out about Maryland is that they just don’t give up goals. I’m no good at math but it looks like their average is only 7.75 per game. They’ll have their hands full with Brown’s offense who have scored nearly 16.5 goals per game this season but I think Maryland is just too good all around the field to lose this game. Like any game, it’s going to come down to the faceoff X and goalie play. But expect the Terps to be playing on Memorial Day.

Not sure if anybody expected to see this one except for maybe some of the members on the UNC lax team. This is a team that got into the tournament at 8-6. The only reason they really had a case to get in at all was due to their come from behind win against Notre Dame and then they punched their ticket to Philly by dominating that same Notre Dame team again in the quarters. I still don’t really know what to make of this team yet. They’re playing with confidence now and South Jersey product Steve Pontrello took over in the 2nd half last weekend proving that UNC can produce their own offense without Sankey and Bitter. But I think how they really got to Notre Dame was their 6v6 defense. This is about as luke-warm of a take as you’re going to get but every team you play at this point in the year is good. Every offense you face is going to be lethal. When you think of the guys that UNC shutdown last weekend (Kavanagh, Perkovic, Garnsey, Wynne), it makes that win even more impressive. They weren’t giving up anything inside and forced the Irish to rush their shots. We’ll find out on Saturday if that was UNC’s defense actually being that dominant or if it was just a mixture of game planning and Notre Dame shitting the bed.

I’ve said it once. I’ve said it twice. I’ll say it again. There’s no way to cover Loyola’s Pat Spencer unless you just shut him off and play 5v5 right now. If you slide to him, he’s finding the open man inside. If you don’t slide to him, he’s taking his man to the rack. The freshman Spencer and senior Zach Herreweyers are about as hot of a 1-2 punch as you’re going to see. The only thing that might worry me about this Loyola team is that their two X-factors right now are freshman. Obviously you have Pat Spencer, and then you have freshman goalie Jake Stover who hasn’t lost a game since taking over the starting role. Maybe the stage will be a little too big for them but both of these kids have been locked in so I don’t really see that being the case. But if North Carolina wants to be playing on Monday, I guess they have to hope the crowd gets to them a bit. I’d still expect to see the Greyhounds advance to the Final and would also expect to see them back at that game again sometime over the next 3 years.

Philly Guys To Keep An Eye Out For

So we’ll definitely be tailgating at the games on Saturday. There’s a chance our boy Caleb could make a special guest appearance as well for his fellow Tar Heels. If any of you degenerates are going to be there, let me know on Twitter @BarstoolJordie. And if you have a generator, make sure to slide into my DMs because you could very much be of service.