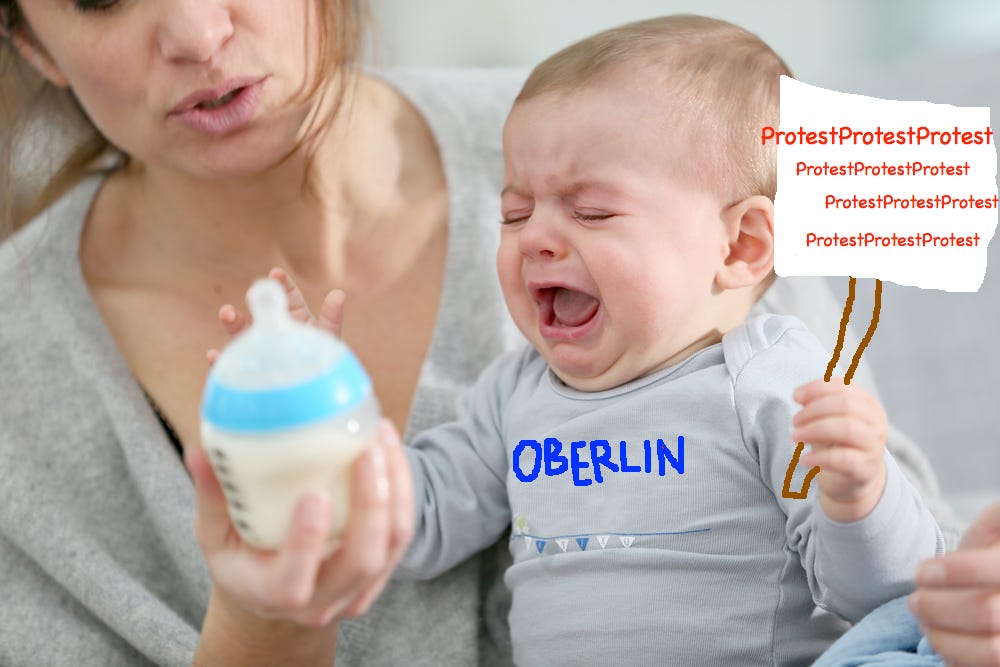 Reason – Oberlin College’s activist community is ready to call it quits. Progressive students are dropping out of college, citing academic and emotional difficulties stemming from their mental health problems and overall disgust with the toxic culture on campus.

That’s according to a fascinating piece for The New Yorker by Nathan Heller, who interviewed a number of exhausted activists at Oberlin. They perceive that other students, faculty members, and the administration are completely against them, and have made it impossible for them to live on campus. Some are dropping out.

Of course, some of these students probably feel unsupported because their impractical demands were not realized. Two examples: activist students not only wanted to abolish all grades below a ‘C,’ they also thought faculty members should proactively offer them alternatives to taking a written, in-class midterm exam.

I am soooo on the lookout for being punked with these articles lately. Check, double check and triple check all my sources to make sure they’re real articles, from real writers on real websites. The headlines are just getting too crazy to take at face value. College students who want to abolish all grades under a “C” because it makes them feel sad? Who want to replace midterms with “speaking with your professor during office hours”? Come on, you got to wake up prettayyyyy early in the morning to sneak those Onion articles by me.

But nope, it’s real life on the real planet Earth. Seriously you gotta read this article from The New Yorker by Nathan Heller. All about the plight of today’s college student.

Here is the testimony of Megan Bautista, who identifies as an Afro-Latinx student:

Protest surged again in the fall of 2014, after the killing of Tamir Rice. “A lot of us worked alongside community members in Cleveland who were protesting. But we needed to organize on campus as well—it wasn’t sustainable to keep driving forty minutes away. A lot of us started suffering academically.” In 1970, Oberlin had modified its grading standards to accommodate activism around the Vietnam War and the Kent State shootings, and Bautista had hoped for something similar. More than thirteen hundred students signed a petition calling for the college to eliminate any grade lower than a C for the semester, but to no avail. “Students felt really unsupported in their endeavors to engage with the world outside Oberlin,” she told me.

And then there’s this, from student Zakiya Acey:

“Because I’m dealing with having been arrested on campus, or having to deal with the things that my family are going through because of larger systems—having to deal with all of that, I can’t produce the work that they want me to do. But I understand the material, and I can give it to you in different ways. There’s professors who have openly been, like, ‘Yeah, instead of, you know, writing out this midterm, come in to my office hours, and you can just speak it,’ right? But that’s not institutionalized. I have to find that professor.”

As Jasmine Adams, a member of the black student union, put it:

“We’re asking to be reflected in our education,” Adams cuts in. “I literally am so tired of learning about Marx, when he did not include race in his discussion of the market!” She shrugs incredulously. “As a person who plans on returning to my community, I don’t want to assimilate into middle-class values. I’m going home, back to the ’hood of Chicago, to be exactly who I was before I came to Oberlin.”

Tough to choose but I think, gun to head, my favorite is the dude who is having trouble getting his work done because he’s dealing with some hardships like…getting arrested?