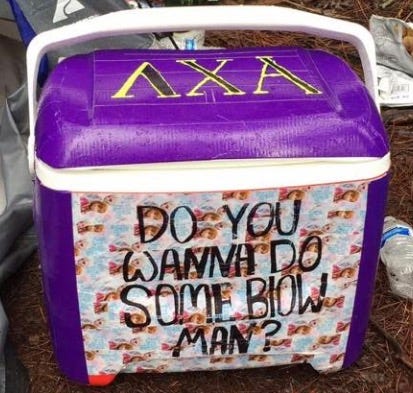 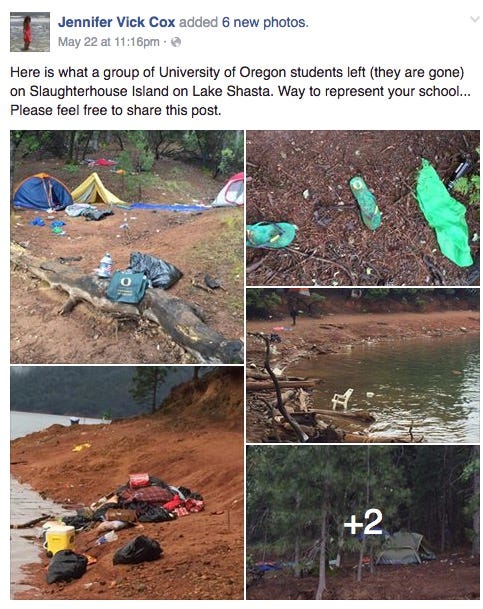 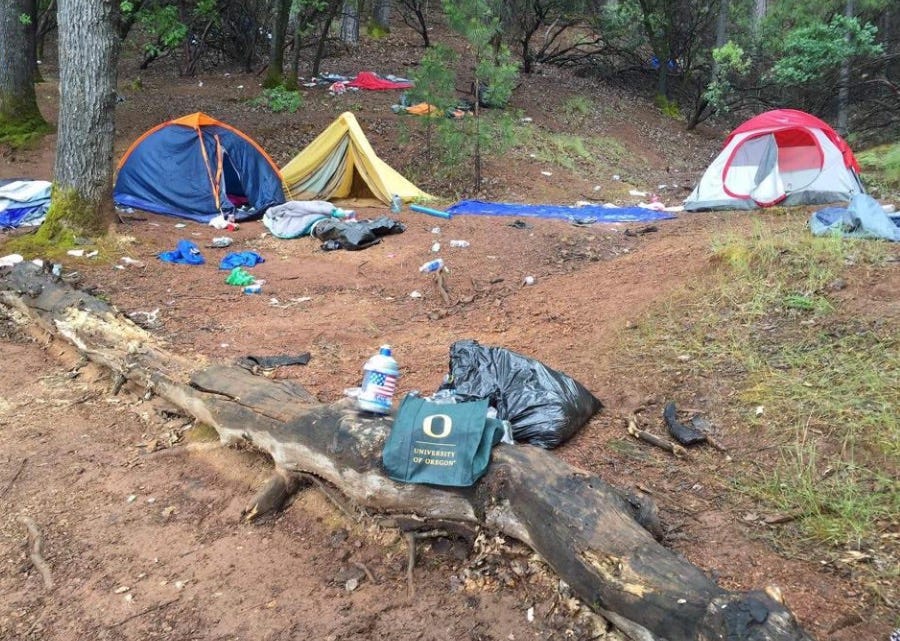 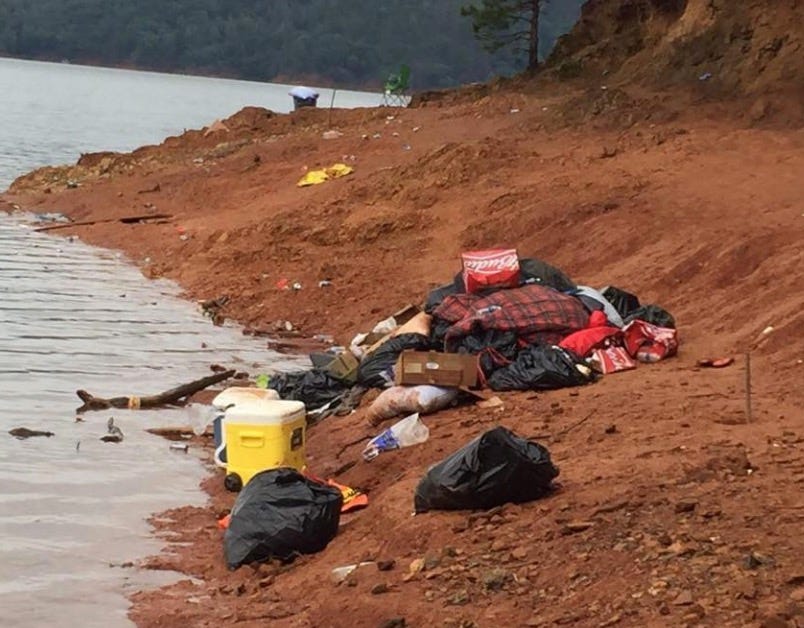 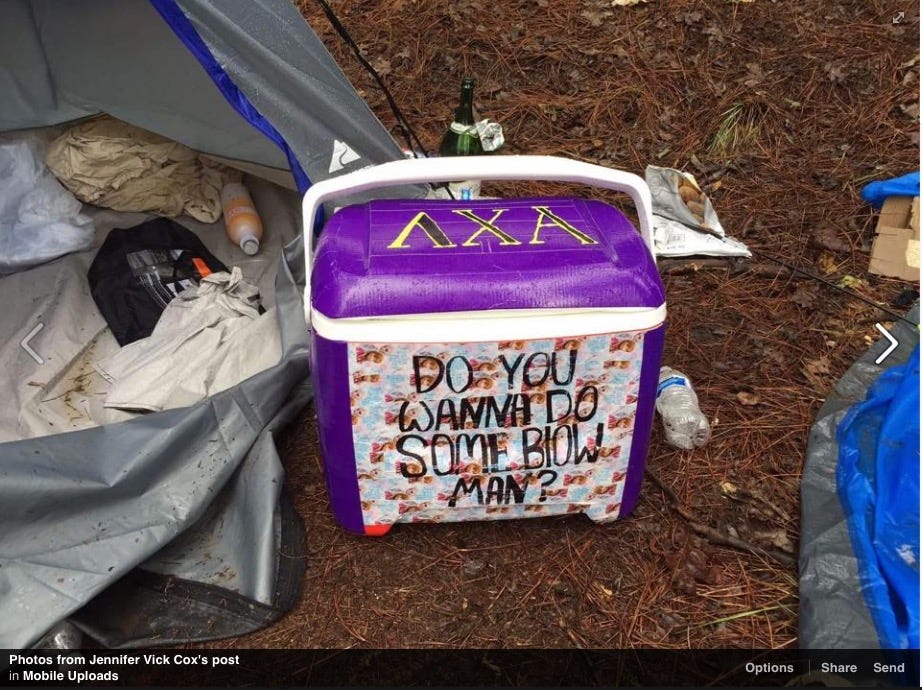 OregonLIVE - <Park rangers on a routine patrol Sunday discovered an “incredible amount of trash” left at a popular Lake Shasta island campsite that included a number of University of Oregon-related items.

Photos of the trash left on Slaughterhouse Island at the popular Northern California lake went viral Monday — and work crews are still cleaning up the remnants.

Phyllis Swanson, a spokeswoman for the Shasta-Trinity National Forest said about 60 houseboats were docked at the popular site this weekend. It’s an annual, and unsanctioned trip for fraternity and sorority members along the West Coast. It’s not out of the norm to have upwards of 1,000 college students on the lake, she said.

“What was different about this one,” Swanson said, “is they left behind an incredible amount of trash.”

I know one thing. Leo is NOT fucking happy right now.

Respect the god damn environment you heathens. Carbon footprint of this campsite is off the charts. Got little sea creatures and wildlife stumbling around with plastic can rings wrapped around their throats and suffocating to death inside of empty liquor store bags and shit. What a disgrace.

Crews discovered about 90 tents, some of them brand new, sleeping bags, ice chests filled with food and alcohol, personal items and a lot of trash along the lake’s edge. The island doesn’t have a restroom or garbage area — lake users typically carry their belongings in — then out of the area. But that didn’t happen this year, and the photos of the refuse went viral.

One photo showed a cooler emblazoned with one of that fraternity’s chapters, Lambda Chi Alpha’s Greek lettering and the phrase, “Do you wanna do some blow man?”

When asked why they might have just abandoned so much personal property, Sandbloom says, “My personal guess is they have no respect for mankind, but professionally, I don’t know.”

Why do I get the funny feeling that the Shasta Lake trip is not long for this world? A huge deal for Oregon and Oregon State kids, a tradition at the end of every year where everyone heads out with their boats and tents and booze.

After these pics of 1 trillion tons of garbage went sufficiently viral, I think we all know what’s coming next for this awesome event.

Come on now, could not be a more obvious frame job from a rival frat.