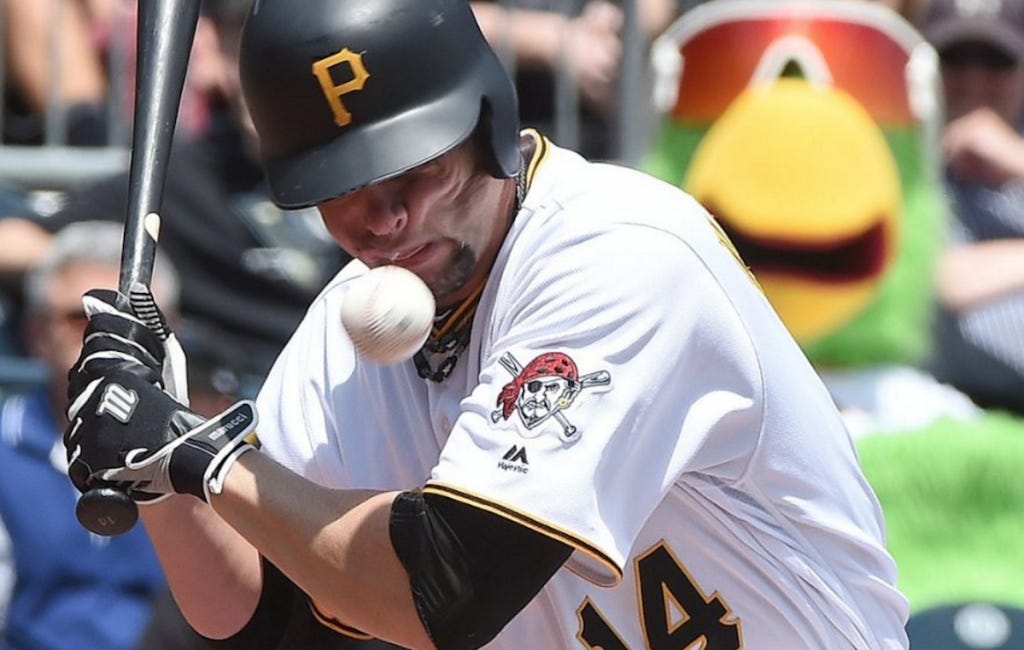 Stating the obvious, but you hate when anything like this happens. It’s scary every single time, and we hope that Ryan Vogelsong is okay. That being said, he wasn’t even off the field yet before the broadcasters started talking about the helmets for pitchers on the mound and hinting at needing more protection in general within the sport. My stance on this has always been that player safety should be the top priority over anything else. However, I also don’t think that some of these newer methods should be forced. Of course, there was a time that when batters never wore helmets, which is just insanity. They had to make a change there, because there are a million times more baseballs coming at batters than there are baseballs coming at pitchers.

That’s why I think the pitcher’s helmets should be optional, the same way that the face cages are optional. Giancarlo Stanton started wearing a face cage after he got hit in the face, similar to how Vogelsong just did. If you want to wear a helmet on the mound as a pitcher or a face cage in the batter’s box, good for you for going that extra step to protect yourself. But if you don’t want to, you shouldn’t have to. The players know the risks they are taking when they step on a major league diamond. If they think that wearing a helmet on the mound, or a face cage to the plate, would throw off their game, which in turn could cost them millions of dollars, then that choice should ultimately be up to them.