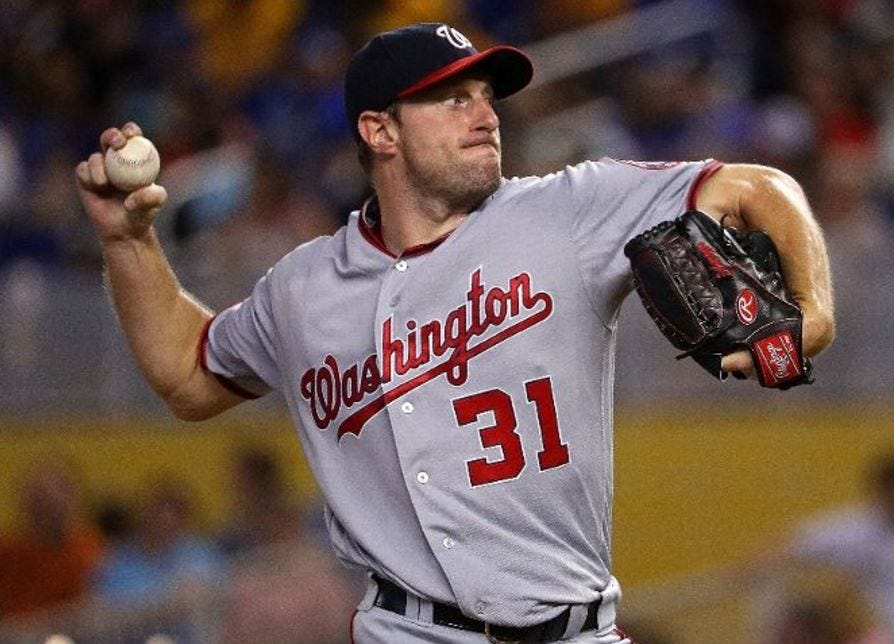 Max Scherzer had a pretty rough start to his season and after start #7, an important matchup against John Lackey and the Cubs, he had a bloated 4.60 ERA and just did not look right. We all knew that Max was going to rebound, he is just too talented of a pitcher not to, but we weren’t too sure when.

I don’t think there is much doubt that Scherzer is back to his Cy Young self after his 8 inning, 2 run outing in the Nats’ 8-2 victory yesterday. Sure, he already made history with his incredible 9 inning, 20 K performance against the Tigers but that was on the heels of that rough Cubs outing and we needed to see more to be confident that he’s back. Well, he is back.

In Scherzer’s three most recent starts, he has thrown 23.1 innings and allowed just 6 runs (2.31 ERA) while striking out an astounding 38. The Tigers, Mets, and even the Marlins don’t have bad lineups and while Miami didn’t put their best talent forward on Sunday (no Realmuto or Yelich), Scherzer’s 8 inning outing was very impressive. He has continued to lose his battle with the long ball (another one was served up today after giving up 8 in his previous 3 outings) but as long as he is able to limit the damage elsewhere, he should remain productive.

On the offensive side of things, the Nationals drew 9 walks (including 3 IBBs which would absolutely infuriate me if I were one of the 7,000 Marlins fans) and Ben Revere and Anthony Rendon continued to break out of their early season slumps. Revere swiped his first two bags of the year but perhaps more importantly reached base 3 times and is now 7 for his last 14 (after being 5 for his first 52). Ben Revere is a very important cog in this offense who should provide the table setting and base-stealing threat that Harper and the middle of the order need. Anthony Rendon tripled for the first time, knocked in 3 RBI, and is now batting .405 since May 10th. Rendon has got the talent to complement Murphy and Harper as all-star caliber producers and its looking like he is finally starting to pull his weight.

The Nats just took 2 of 3 from the Marlins but we’ve got another important showdown with Gio, Strasburg, and Roark pitching against the Mets to prepare for now.