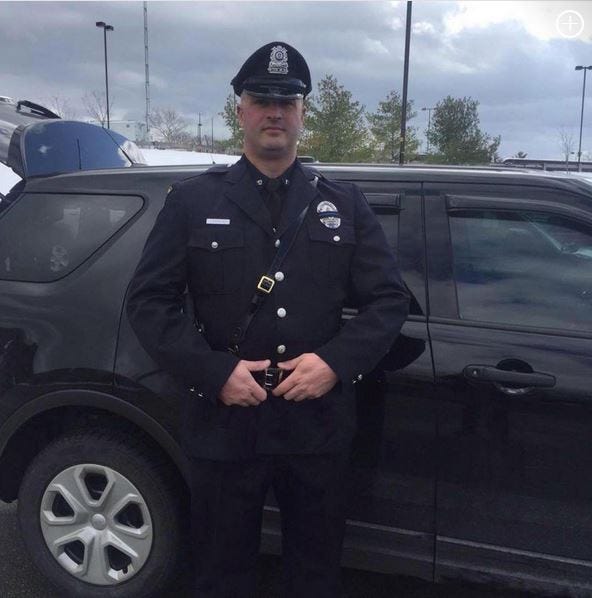 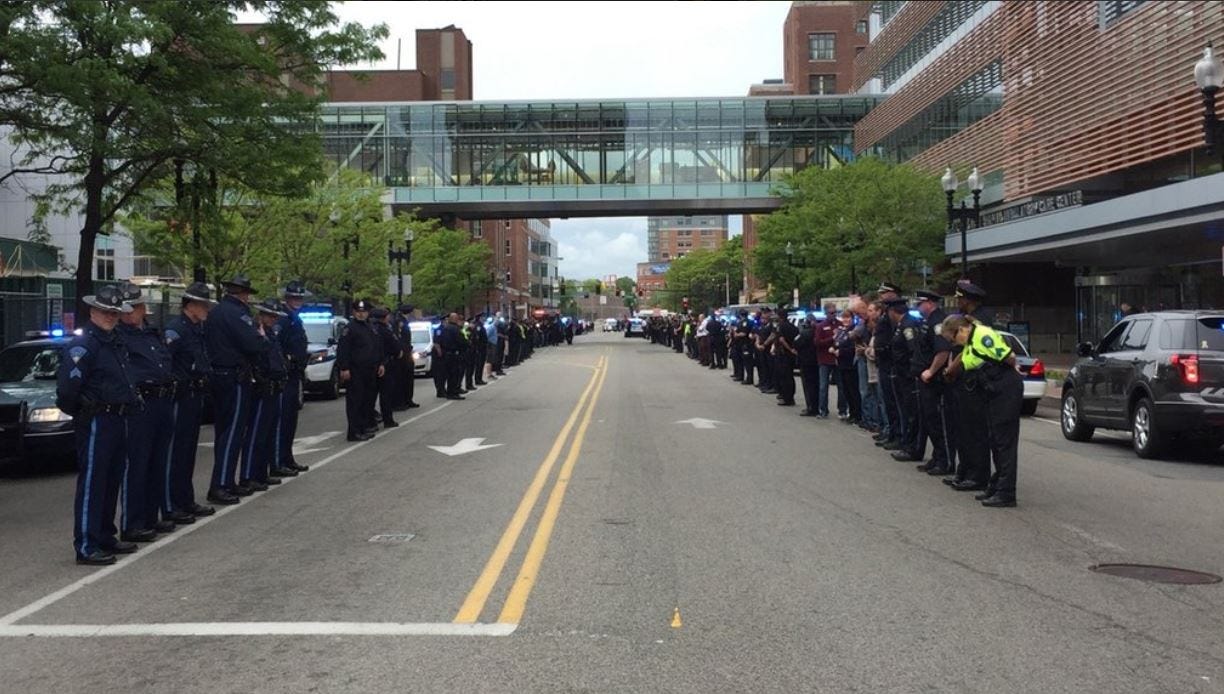 Masslive - Auburn police officer Ronald Tarentino Jr, was killed early this morning, shot by a suspect who authorities say is now a fugitive. The shooting occurred on Rochdale Street at approximately 12:30 a.m., according to Auburn and state police. Tarentino, 42, was a father of three children, and had transferred to Auburn from the Leicester police department two years ago. “The Auburn police, the town of Auburn and the law enforcement community suffered a tragic loss this morning,” Auburn Police Chief Andrew Sluckis said, reading from a prepared statement, flanked by Worcester District Attorney Joseph Early Jr. and State Police Colonel Richard McKeon.Sluckis said Tarentino was shot by the occupant of a vehicle he pulled over on Rochdale Street at 12:30 a.m., who then fled in the vehicle, leaving the officer to die in the road.

Horrible story obviously.  Again just another example of how people take cops lives for granted.  Just a routine traffic stop and next thing you know this happens.   Officer Tarentino leaves behind a wife and 3 kids.   Tragic.