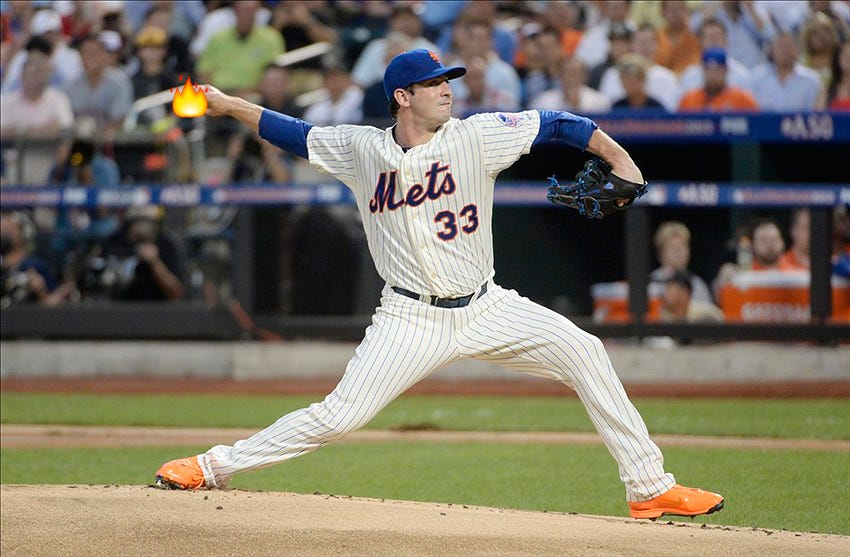 Newsday- For all the talk of Harvey’s inconsistent mechanics, or speculation about last season’s innings load, the Mets have been steadfast in approaching Harvey’s struggles as primarily a crisis of confidence. Some of the Mets’ conversations on Friday focused on finding ways for Harvey to turn the page mentally. That included resorting to a controlled burn. Mets reliever Bobby Parnell attempted that tactic last season. After a rough stretch, Parnell emptied everything from his locker (aside from his Mets uniform) and set fire to the contents, his way of creating a fresh slate. Another suggestion involved having Harvey pack up his belongings from the clubhouse only to move right back in, another ploy to reinforce the notion of a new start. It’s unclear whether Harvey followed through on either tactic.

This is perfect plan. If Matt Harvey is 100% healthy and not hiding anything, these struggles are purely mental. You don’t go from being one of the best pitchers in baseball and a crazy motherfucker on the mound to a pitcher with an ERA of almost 6 at the age of 27 if everything is okay both physically and mentally. So if the physical part is fine, the mental part needs tweaking.

You can do sports shrinks, take some time away from the game, or a bunch of other mumbo jumbo. But none of it is going to be as fun or as satisfying as piling all your shit up in a pile and burning it. Maybe see if the Wilpons (or more likely other guys on the team) will pay for Khaleesi to walk through the flames and emerge topless on the other side. That’s better than banging a slump buster or trying to breathe through your eyes. Sure this plan didn’t work for Bobby Parnell, but he is nowhere NEAR Matt Harvey’s level. Performing some sort of voodoo exorcism is the baseball version of an NFL team burying the football. And as we’ve learned, that works every single time. Just make sure Ray Ramirez and all Mets players are nowhere near that fire when it goes down. Because losing someone for the season due to a team organized controlled fire would be the most Mets thing ever.