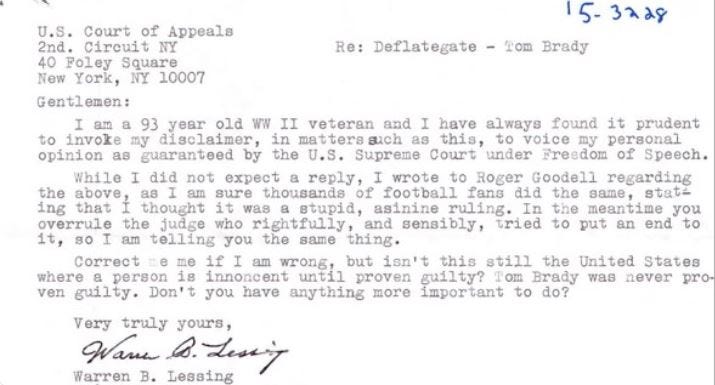 This is the sad state of affairs we live in now in America. A 93 year old WWII vet being forced to write letters to the US Court of Appeals asking whether he still lives in the United States or not. Whether our country still believes in innocent until proven guilty. Did he fight and watch his friends die against Hitler only to see a new version of Hitler rise from the ashes 75 years later?  This is what Roger Goodell and Deflategate has done to this country. It’s shaken our fundamental values to the core. It’s made our heroes question their very existence and ponder whether WWII was even worth it. Nice job Roger. I hope you can sleep at night you monster.