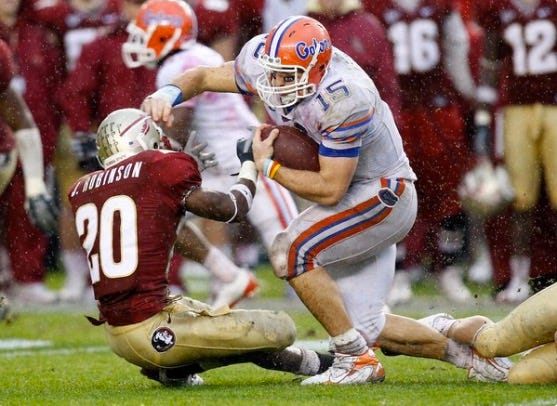 Washington Post – Florida recently passed legislation that will replace a statue of a Confederate general currently in the U.S. Capitol with a different person who has loomed large in that state’s history. But who will take Edmund Kirby Smith‘s place? Sen. Marco Rubio has a suggestion: Tim Tebow.

It’s also no coincidence that, in his tweet Wednesday, Rubio picked a photo of Tebow running roughshod over a Seminoles player. The politician has taken several shots at the Gators’ in-state arch rival in the past, including while still on the campaign trail last year, when he said, “Look, I don’t have anything against Florida State. I think there has to be a school where people that can’t get into Florida can go to college, and so that’s why we have Florida State.”

Bold move for Marco Rubio to wait on doing anything remotely funny or likable until after his campaign. Let’s see if it wor…oh wait, we already have a spoiler alert on that. 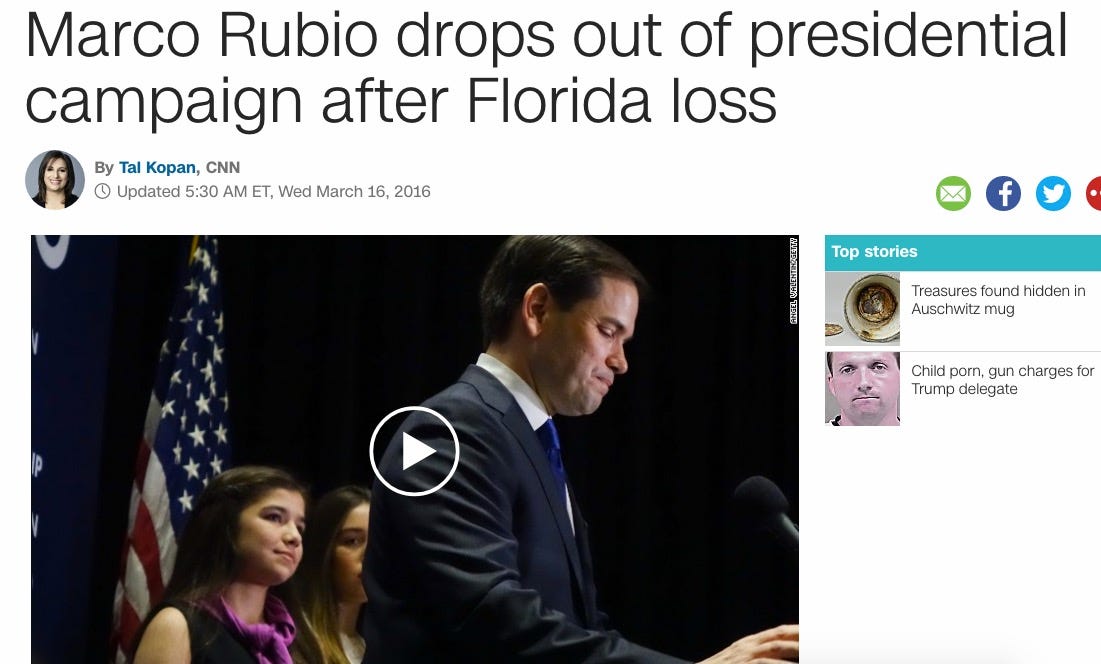 I mean is Rubio wrong? Name me a bigger Florida legend than Tim Tebow. Name me somebody who deserves a gigantic statue to represent the state more than him. You can’t. The other statue at the Capitol is the guy who invented freaking refrigeration. Can he even play sports? I say Rubio use all the new time on his hands to get rid of this “10 years deceased” rule and get Tebow’s bust up as soon as possible. 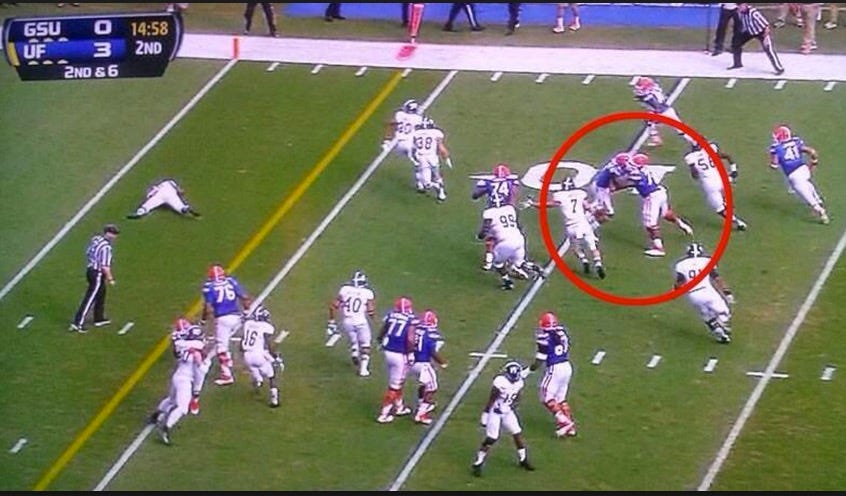