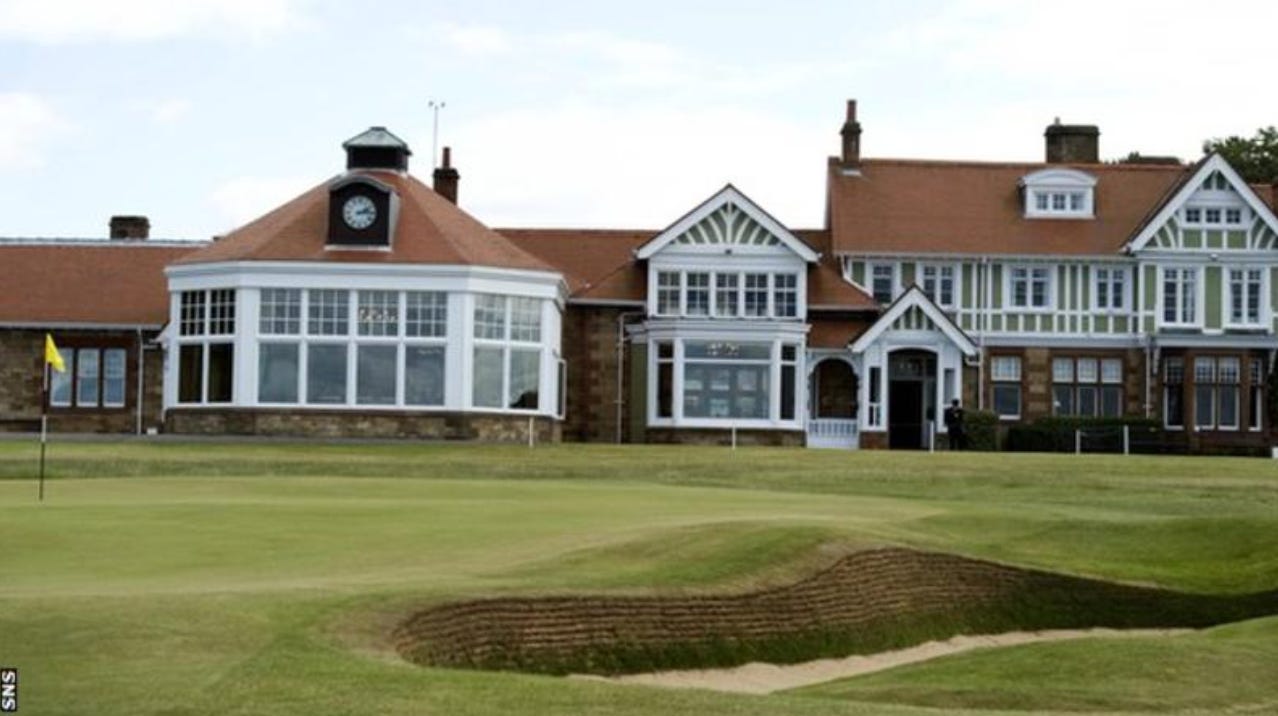 BBC- Muirfield will not stage another Open Championship after maintaining its ban on women members in a vote described as “indefensible” and “embarrassing”. The Scottish club said voting in favour of allowing women had fallen just short of the required two thirds majority. Governing body the R&A said it would not stage the Open “at a venue that does not admit women as members”. Scotland’s First Minister Nicola Sturgeon said Muirfield’s stance was “simply indefensible”. To admit women golfers as members, Muirfield – a privately owned links in East Lothian run by The Honourable Company of Edinburgh Golfers – needed two thirds (432) of its 648 eligible voters to back the move. But after a “comprehensive” two-year consultation process described as “thorough” and conducted “with all due diligence and professionalism”, it fell short.

Holllllllllllllly shit. I can’t think of a more shortsighted decision in the history of the world than this one. Do the guys who run Muirfield not have a TV or access to the internet or to the outside world in general? Are they so up their own asses about their hoighty toighty men’s only club that they don’t see what’s right in front of their faces? Apparently they don’t because they gotta be the stupidest batch of dudes on the planet. Wake up fellas. It’s 2016. You gotta allow female members. You just have to. Whether you think it’s right or not. The fact that they’re willing to lose the British Open over this shows how stupid they are. They’re not losing an annual best shot tournament or a small men’s gathering. They’re losing the British Open. They’re out! They’re out of the rotation cause of this! Even if the Muirfield folks are stuck in their ways and stuck in a different time, they gotta have some sense, bite the bullet and allow female members so they can host the British Open. I’m in shock. Not just in shock that they won’t allow female members. The most socking thing is they know what’s on the table and are still like, “Nah.” Astounding stubbornness.