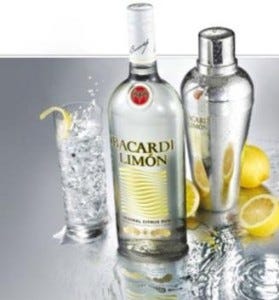 Yesterday I was on Kelly Keegs podcast and we were talking about stuff that as an adult you just can’t drink because you had too much of it in High School. My theory is that if you’re at the bar and someone picks Tequila as their shot, they’re an asshole who didn’t drink enough when they were younger.

When you’re in HS you do dickhead things to get drunk, like drink Bud Ice because of the higher alcohol content. Myself, KFC and our friends would pound Bacardi Limon either straight with a Sprite chaser or we would mix it with Gatorade because it had electrolytes and in our stupid minds, would get us drunk faster. Add in that we would run sprints up and down the beach to get the booze flowing through our systems and the result was a ton of puking. In turn, I can’t go near the stuff and just the idea of it makes me want to puke my brains out.

I tweeted out today asking what your favorite HS drinks that you can’t go near again are and got some interesting answers.

WTF is Dubra? A bunch of you sent this in and its the most intimidating bottle I’ve seen. It looks like Russian lighter fluid and the idea of tasting it now makes me want to puke so I couldn’t imagine what it’s like at 16.

A lot of people went with UV it looks like too. UV was the Joe Camel of drinking for HS kids because all the colors made us feel like it was going to taste better and it was more sophisticated than drinking just plain shitty vodka. The same goes for Burnetts too.

This one was a bit shocking really just because of how white out readership is but I have to admit the first time you mix Henny and Hpno to get that Incredible Hulk, you feel like the biggest thug in the world.

This is the GOAT when it comes to things that people can’t drink anymore. Every single person who has ever had any kind of social life has drank too much Soco & Lime and puked their brains out. To this day I don’t know a single person who can drink it and is I see a person order it at a bar I move far away because this is probably their first time drinking or they just can’t feel feelings. If you don’t gag a little bit just seeing a bottle of Southern Comfort sitting on the shelf in a bar or liquor store, I don’t want to know you.

One thing that I didn’t see anyone put in here was a chilly willy. I guess my friends are the only people who thought it was a good idea to snort vodka so it could get to our bloodstream faster than running sprints on the beach.

Send in yours using #HSDrink and I’ll say that I’m going to do something with them but I’m probably going to just retweet a few and move on.