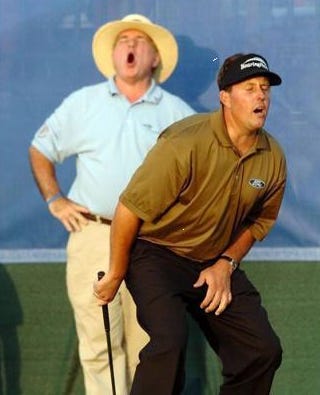 (Source) Golfer Phil Mickelson on Thursday was accused of insider trading in connection with a case where two others are facing criminal charges.

Mickelson said by the Securities and Exchange Commission to have used an alleged tip he received from gambler William “Billy” Walters, who got information from a former Dean Foods DF, +0.39% chairman, Thomas Davis.

The SEC said that Walters called and then sent text messages to Mickelson, who ultimately bought a $2.4 million position in three accounts he controlled. Those securities “dwarfed” Mickelson’s other holdings, which were collectively valued at less than $250,000, the SEC said. Mickelson had not been a frequent trader, and these were his first Dean Foods purchases, the SEC said. Mickelson made a profit of approximately $931,000 from the stock, which he held for about a week.

The SEC referred to Mickelson as a so-called relief defendant. A relief defendant is someone who has received property obtained illegally but is not directly accused of wrongdoing.

The reason Mickelson, who the PGA Tour website indicated has career earnings of $79.5 million, made these trades? According to the SEC, Mickelson owed Walters money at the time Walters urged him to trade. That’s also the case with Davis — the SEC said he owed Walters money.

Couple quick knee jerk reactions. Never ever text, ever. That feels intuitive by now but apparently it isn’t. When you’re doing insider trading or other illegal activities, try not to text. I sometimes think that if I just delete my text messages and turn off my phone things can never be traced but it turns out I have shit for brains and everything you ever do, ever, can be traced. Adding to that, try not to buy stock the second after Billy Walters sends you a text about a stock tip. That was the easiest crime busted in the history of crime. Well done, Phil.

As for the actual complaint. Isn’t this kind of a good thing for Phil? I mean of course no one wants to go to jail, especially when you have a rack like Phil’s and would undoubtedly be da belle of da ball in da clink, but this is just a civil complaint at this point, he’s not going to face any jail time. So he basically pays back the money, pays a little fine, and gets a bad boy street cred for life. Because make no mistake, Phil Mickelson is THE bad boy on tour now. In the golf world he’s basically like Greg Hardy. For an aging player that’s an incredible mental edge. You want to step to Phil? Be my guest, but be careful, dude trades stock tips with his friends, ILLEGALLY! Yeah exactly, walk away man, walk away. 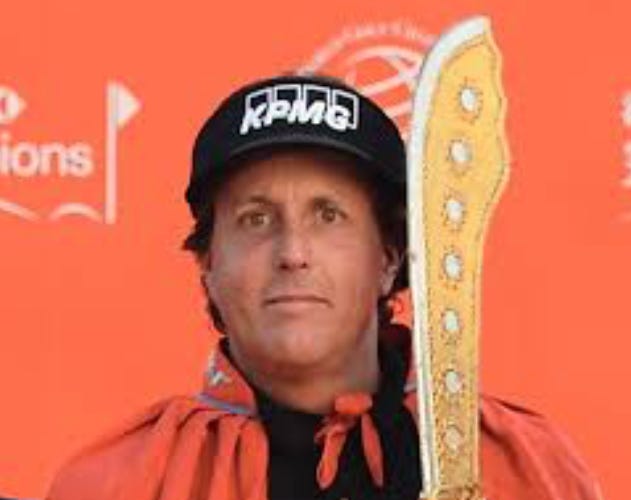 I know why Insider trading is illegal and it’s probably a good thing that it is but at the same time it kind of sucks that you can’t get a tip from your friend. There is no rush quite like a good gambling tip. Everyone should get like a one time insider trading get out of jail free card. Just once in your life you can insider trade up to a certain amount.