Hypebeast – Kanye West sat down with Ellen Degeneres for an in-depth interview. The two discussed his family with Kim Kardashian, having no regrets on Twitter, the lack of diversity at the Oscars, and how he would help the world if he had more resources. The interview quickly became a passionate seven-minute monologue, touching on the profound impact of his parents, wanting to remove bullying from our existence, and how we are “one race, the human race…and we’re constantly trying to pull each other down.” He then finished his speech with , “I’m sorry daytime television. I’m sorry for the realness.”

Hey Bruh! Its the Ellen Show! You’re supposed to play a funny prank on Kim and show the video to the audience or something. Nobody in the audience at Ellen wants to hear you going on and on about your dad in homeless shelter and how you can “see sounds” and all that shit. Nobody is there for you spitting Rakim lyrics and talking about how Picasso Steve Jobs and Walt Disney are all dead. I mean poor Ellen had no idea what to do: 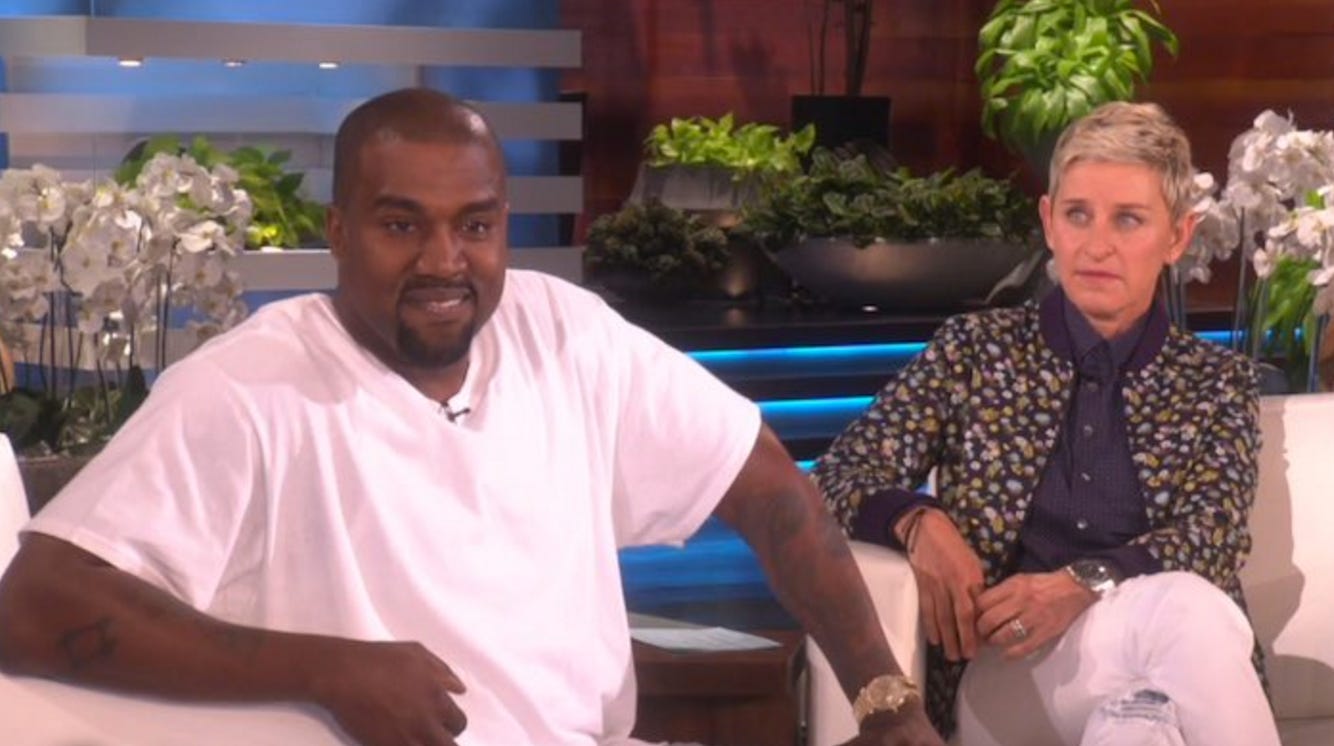 That face just screams “OK can we put on the new Flo Rida songs and dance goofy in the audience??”

You know what the funniest part is? Kanye doesnt actually say anything in this rant – or really any of his rants, for that matter. Really nothing of substance. He squirms in his chair and he speaks strangely with dramatic pauses to make you feel like he’s passionate and deep, but everything is just a disjointed thought with no substance. Nothing he says is a complete thought. Nothing is a real answer. Ellen’s question was “What is one of your ideas that will change the world?” and the only concrete portion of his answer was “I spoke to the head of Payless about clothing to end bullying.” WHOAAAA man! You really are the next Leonardo Da Vinci! You really are a one man revolution! You made sneakers bro. You didnt cure cancer. You didnt invent some life altering technology. You cant even sit down with Ellen and actually give her any concrete ideas on how to change anything. For the 40 millionth time: