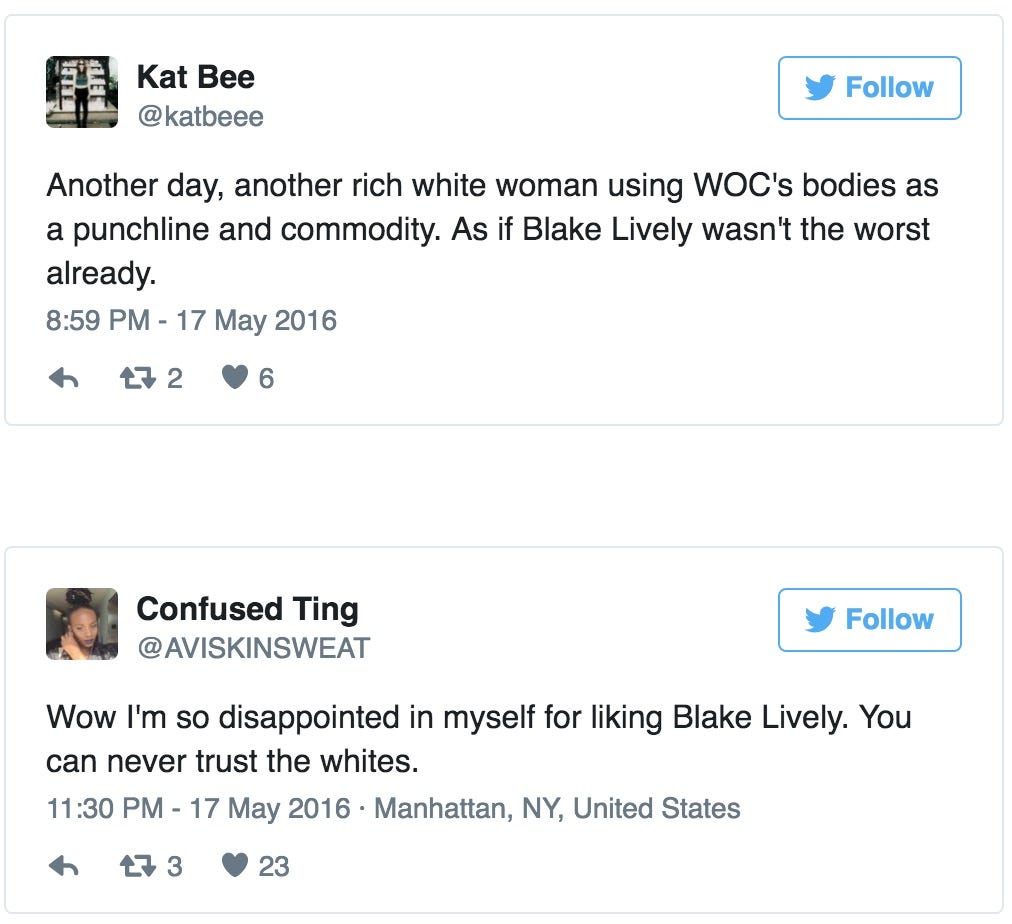 The “LA face with an Oakland booty” quote is from classical composer Sir Mix-A-Lot’s opus “Baby Got Back” so it’s hard to take it that seriously but overall I think Blake Lively’s sweet ass brings up a good point. People get so wound up lately about “cultural appropriation” (remember that chick who went nuts on the white kid with dreadlocks?…man I forgot how much that girl suuuuuucked) but it seems like there should be some sort of delineation here.

To me something like Blake Lively being proud of her big ass isn’t appropriation because there’s no downside here, she’s not mocking anyone or stealing some concept for profit, she’s just saying “Hey I’m going to quote a famous song about big butts to show I’m proud of mine.” That, dreadlock kid, those should both be filed as Cultural Appreciation instead and everyone should shut the fuck up. Elvis stealing music from black artists who were ghettoed away on radio and making money off of it, that was Cultural Appropriation. One is kind of harmful, one is utterly meaningless in every possible way. See the difference? Plus I’d also note how it’s only black women who seem worked up in this situation; something tells me a lot of the guys who might normally take up a cause about cultural appropriation would be completely fine with Blake Lively’s big white ass getting its own special on BET. Gotta get both genders on board before you can file an official claim.

Also tangentially related: Anyone remember when Blake Lively’s nudes were leaked and both men and women high fived, said how great she looked, and then silently masturbated in concert later on? That was 2011 aka five years ago, how about that shit? But also weird how different everything has changed to since then. Blake and Scarlett Johansson got a real raw deal in terms of sympathy in that one compared to Jennifer Lawrence getting Vogue covers and whatever post-Fappening. That won’t stop any of us from Googling “Blake Lively leaked nudes” after this blog is over but just a thought.