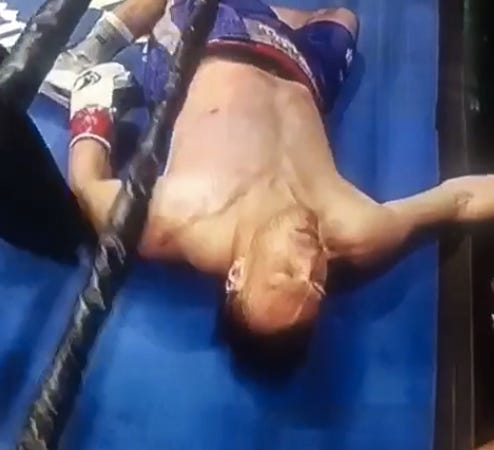 Canelo, Odor, and Gassiev. Those are your three contenders for punch of the year right now. That was a VIOLENT knockout in the PBC cruiserweight match last night, the kind of knockout where the phrase, “there will be two hits. Me hitting you and you hitting the floor,” actually applies because it was tough to tell which thud was louder: Gassiev’s punch to the jaw or Shimmel’s head bouncing off the mat. That was Tyson-esque with its quickness, compactness, and viciousness and a brutal first round KO is even more impressive when you consider the fact that Shimmel had never even been knocked down, let alone knocked the fuck out, in his 20-1 career.  They say Gassiev is the next Golovkin and after watching that, it’s hard to disagree.