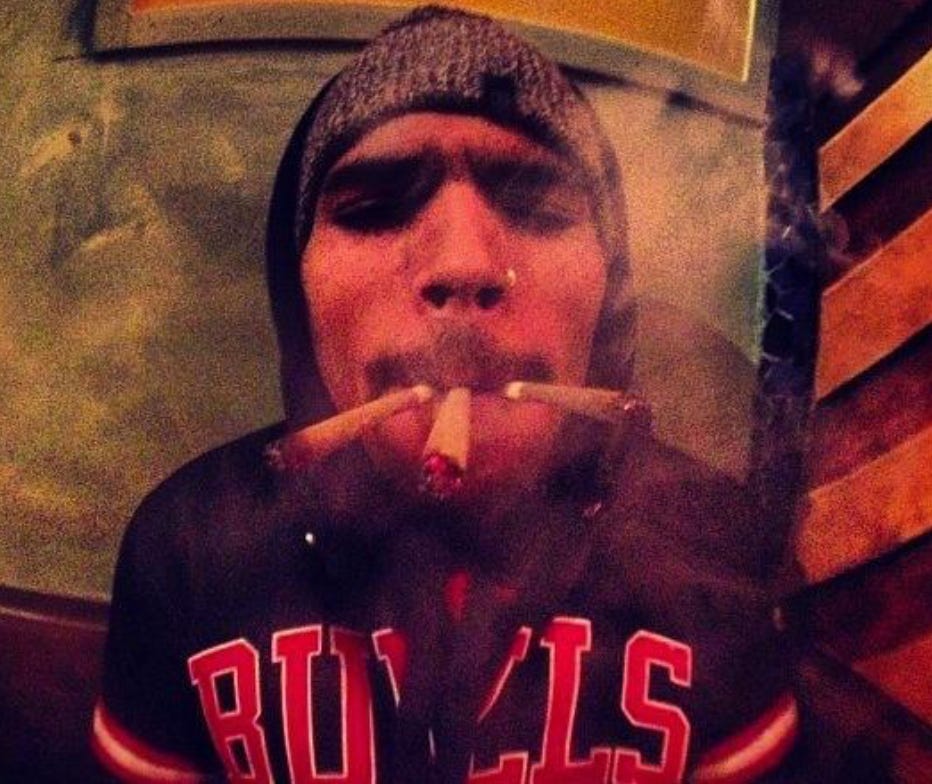 PH- On Wednesday, it was reported that Chris Brown was tossed off a private plane after he reportedly hotboxed the jet. SERIOUSLY? It’s said the police were called to Signature Aviation at Miami International Airport after the pilot of the Loyal singer’s aircraft reported a STRONG marijuana smell coming from the cabin. Off! To make matters worse, the pilot had apparently already warned the 27-year-old and his crew not to smoke on the plane — a warning Chris clearly ignored. While no arrests were made, Brown and his posse were kicked off the flight after the cops also smelled pot. Supposedly, the aircraft smelt so strongly of weed that the captain had to open all of the doors and air out the plane. It’s like Chris learned NOTHING from Justin Bieber’s flying HIGH experiences! Still, C. Breezy has since refuted these accusations by taking to Instagram

Chris Brown Disclaimer: Fuck this piece of shit. I wish the plane had crashed and he died along with all his friends. The fact that this dude is still allowed to be rich and famous and not in jail and other artists still work with him after what he did to Rihanna’s face is absolutely absurd. He is scum. Pure scum and I hope he gets hit by a bus today.