Those are 5 new television shows opening at some point this year. Five networks that just decided their best path to a hit show was to take a movie script and make it way longer. I’m not saying this is a new fad, it’s been going on for a while and last year we had Minority Report and Limitless (Limitless! Who the fuck saw Limitless and thought that it must become a television program?), but this year there are FIVE of them.

You jabronis are going backwards, you’re making “the movie was better” the new “the book was better.” The goal is to make everything quicker, so you spend the least amount of your life actually doing something. That’s what movies have over books, two hours versus a week, so I don’t know why you TV execs are so high on doing the opposite right now. “Training Day? Yeah, people liked that. Can you stretch it into three seasons? Perfect! Green lit!” Come one, guys. Are we really that out of ideas? I know we’ve almost exclusively been making sequels and re-dos for the last ten years in entertainment, but now we’re going to take those sequels and re-dos and refurnish them as tv shows? Man we’ve gotten lazy, but I can’t even blame the writers. Us viewers are just as lazy. “Oh a show about a movie I’ve seen 15 times? Fuck it, let’s turn on CBS and get mindless while I mostly just play on my phone.” We’re all pretty much checked out.

Although I guess there are two sides to every coin and I am glad Hector is getting work again. Same character he plays in the Training Day movie/every single fucking movie he’s in: Hispanic gangster who’s just a little bit nicer than those other thugs. 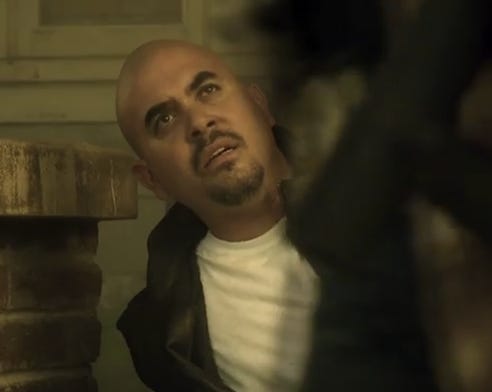 Also, Animal Kingdom the movie was excellent. I’m not sure how the show is gonna be, it’s the only trailer that looks decent, but the movie was great. Australian flick with Ben Mendehlson and an incredible performance from Jacki Weaver. Definitely recommend that one.