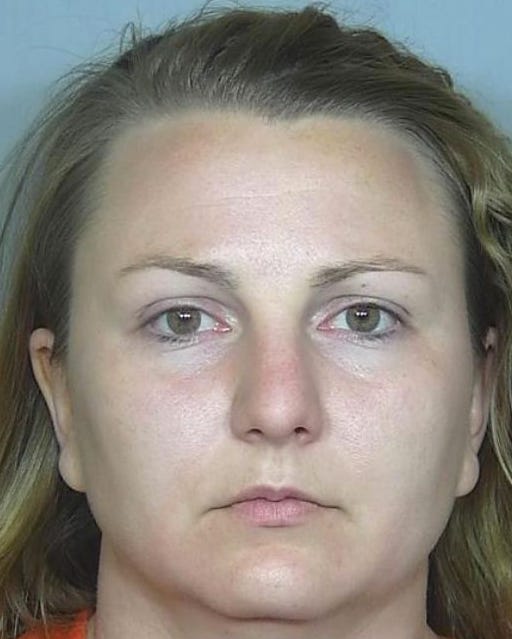 Colorado - A Weld County babysitter netted $500 — and a trip to the county jail — when she allegedly robbed a Severance bank through its drive-thru window by claiming the two children in her care were in danger.

Rachel Einspahr, 28, was arrested Friday afternoon on suspicion of felony robbery and two counts of child abuse after sheriff’s deputies say she duped a teller into giving her money by claiming that a man in her SUV was threatening to harm her children. Einspahr allegedly used the drive-thru window’s vacuum tube to deliver a note demanding money to a teller at the Colorado East Bank & Trust, who, believing the children were in danger, gave her $500.

Following the robbery, Weld County Sheriff’s Office investigators learned that Einspahr was employed to babysit two children who were in the vehicle with her at the time of the robbery. The children were unharmed during the robbery, according to a release.

That’s a really awesome idea. Really savvy. She knew she was stuck with those whiney ass kids all day and she definitely didn’t want to be stuck in the house with them making peanut butter and jelly sandwiches and listening to them complain about nonsense. Kids wouldn’t sit down and watch cartoons? Ok, get your asses in the car, let’s go to work. Can’t knock her for taking the proactive route. Decided to use the kids to her advantage, and boy did she ever. Using children as pawns to rob a bank is about as savvy as you can get. Some people use kids to cut long lines, or to board airplanes early, she scooped those little motherfuckers up, put them in the car, and made a quick 500 bucks in the blink of an eye. That’s just using resources to your advantage. No shame in that game. The unfortunate part, of course, is the whole “banks have cameras everywhere” thing and they were easily able to identify the car and track her down. Gotta work on that. But the idea and execution, A+. Teenagers everywhere should take note. Just steal someone’s else’s car to do it, obviously.