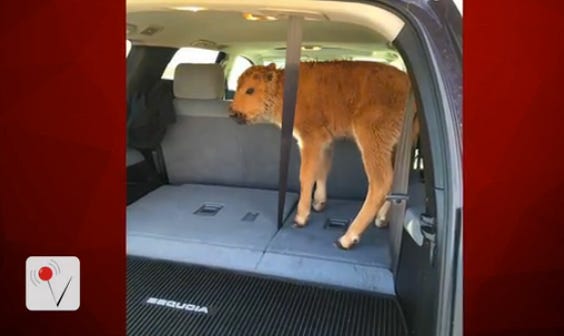 Bucktrail - In recent weeks, visitors in the park have been engaging in inappropriate, dangerous, and illegal behavior with wildlife. In a release issued by the park today, Yellowstone stated that these actions endanger people and have now resulted in the death of a newborn bison calf. Last week in Yellowstone National Park, visitors were cited for placing a newborn bison calf in their vehicle and transporting it to a park facility because of their misplaced concern for the animal’s welfare. In terms of human safety, this was a dangerous activity because adult animals are very protective of their young and will act aggressively to defend them. In addition, interference by people can cause mothers to reject their offspring. In this case, park rangers tried repeatedly to reunite the newborn bison calf with the herd. These efforts failed. The bison calf was later euthanized because it was abandoned and causing a dangerous situation by continually approaching people and cars along the roadway. 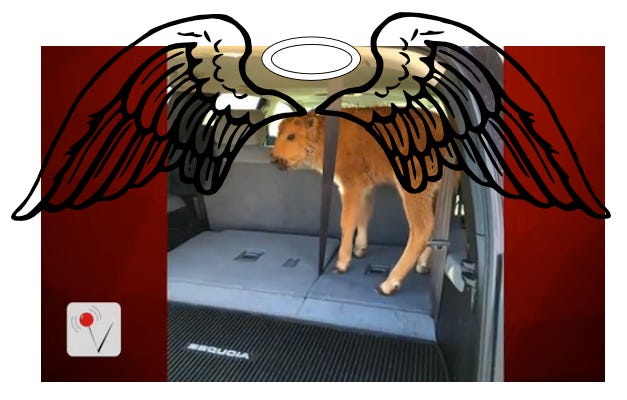 Well fuck my asshole and call me Roger, that took an unexpected turn for the worst. Our cold lil bison fella was euthanized because his mom didn’t like that he was warming up in the backseat of someone’s Subaru. She had no time for that millennial who was too good for her old school “I’m a fucking bison, I don’t have a car” method of keeping him warm. So I’d like to take this moment to retract the statement in my previous blog that the tourists who were trying to warm up the little guy are heroes. But I’d like to double down on the fact that you should be able to bring baby animals home with you. You can’t just warm them up in your trunk and then put them in the Indiana adoption box on your way out. You have to keep the animal for life. Or until it’s too big for your home and you just release it into the woods behind your house. No half measures. We can’t be #TeamBabyBison but then have all of our baby bison killed because we fucked with their family unit. While I appreciate the tourists looking out for the guy who was in severe need of a cup of soup, either take it home with you or I guess just leave it be. But I can’t have any more baby animals dying on my watch, that’s for sure.