Gronk’s obviously on the cover of the new GQ and here’s video of the “bro combine” they filmed with him. Pretty standard video until you realize that he grossly cheated during the shirt ripping portion of the event. 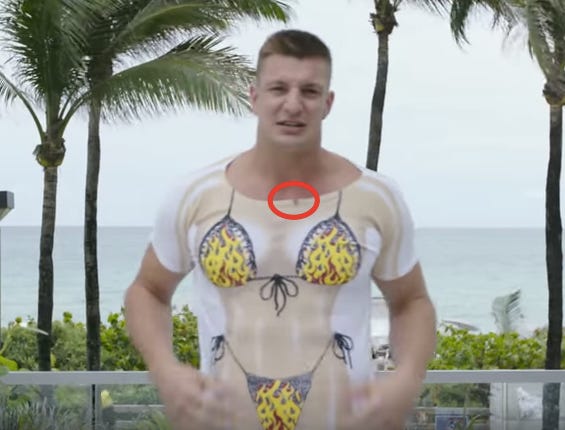 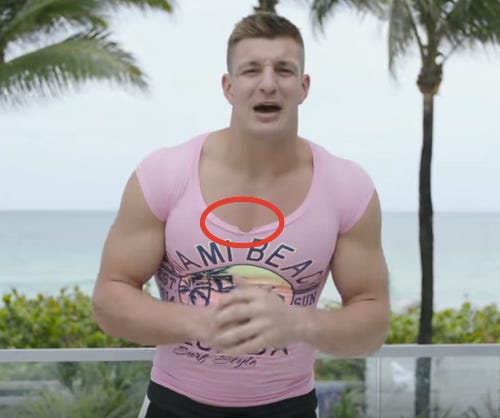 Come on, Rob. New England is constantly under the microscope for spitting at the rules so I can’t have you showing up to shirt ripping combine events and taking scissors to collars before it kicks off. You’re 6’6″ and like 270, you don’t need that little something extra to be ripping tshirts that were purchased two for 5 dollars at Miami International’s Hudson News. It’s just a bad look overall, especially with Brady still under suspension. It’s an integrity of the bro combine issue. How am I supposed to award you an A+ when I know you’re gonna need to stop the party and grab scissors any time you want to turn things up a notch? Also, not a great move going with the standard funnel rather than the Flabongo. Duct taped funnels are high school shit, Flabongos are where it’s at.