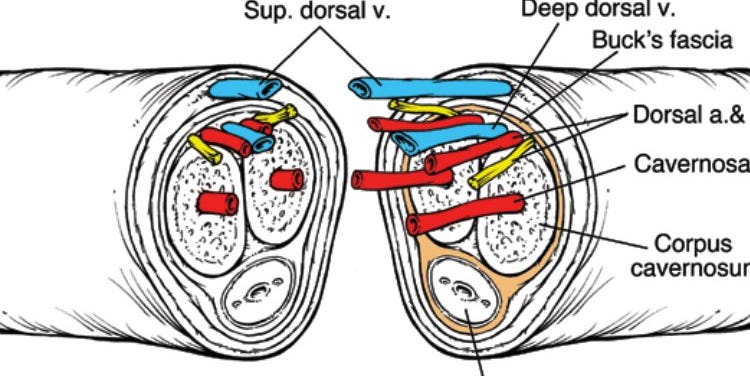 (CNN)Doctors at Massachusetts General Hospital performed the first U.S. penis transplant, they said Monday, calling it a “landmark procedure.“Thomas Manning, 64, is recovering well after the 15-hour procedure performed earlier this month, according to the hospital. Manning, of Halifax, Massachusetts, had his penis amputated after he was diagnosed with penile cancer in 2012.

The procedure, described by the doctors as a “surgical milestone,” is called a gentitourinary vascularized composite allograft, or GUVCA. It involves “surgically grafting the complex microscopic vascular and neural structures of a donor organ onto the comparable structures of the recipient.”
Put another way, “surgeons connected the intricate vascular and nerve structures of a donor penis with those of the 64-year-old transplant recipient,” the hospital said. The surgeons said their goals were to reconstruct the genitalia giving it a natural appearance and to re-establish urinary and possibly sexual function.
Although Manning is still healing from the surgery, his doctors said there are no signs of bleeding, rejection or infection and are cautiously optimistic that he will regain function.  “Today I begin a new chapter filled with personal hope and hope for others who have suffered genital injuries, particularly for our service members who put their lives on the line and suffer serious damage as a result,” Manning said in a statement provided by the hospital. He also expressed gratitude to his family and his medical team, as well as to the family of the donor.
“We are hopeful that these reconstructive techniques will allow us to alleviate the suffering and despair of those who have experienced devastating genitourinary injuries and are often so despondent they consider taking their own lives,” said Dr. Curtis L. Cetrulo, a plastic and reconstructive surgeon. He led the transplant team with urologist and transplant surgeon Dr. Dicken S.C. Ko. They worked with doctors in infectious disease, psychiatry and social work and with the New England Organ Bank to identify a suitable donor.  Previously, doctors at Johns Hopkins said they hoped to be the first team in the United States to accomplish this procedure in a clinical trial for veterans launched last year. Brigham and Women’s Hospital in Boston is also approved to perform the procedure.
…
From a science perspective, hell of a job boys. From a blogging perspective, really takes the fun out of it when you’re all set to crack a few jokes about a dude getting a new penis sown on to his body and you realize it’s because of penis cancer. I’m like Jerry Seinfeld when he dates the dermatologist and thinks she’s being ridicolous when she says she “saves lives”, completly forgetting about  about skin cancer. Penis Cancer! Ah, the worst type of cancer there is. And then they throw in the line about veterans who get their dick’s blown off. Yeah, we just went from haha, dude just put a random guy’s dick on his body, gay! To, wow, this is actually a really cool procedure that will hopefully be useful to people in need. Wind right out of the sails. Thought the day we gave people new dicks would be an all timer for jokes, little did I know it’s serious business. Not to mention the fact that all us guys out there can now rest a little easier. If you lose your dick, they have science to fix that. Like getting insurance protection for your cell phone. Get too drunk, drop your phone, break your dick, they have a ways to fix these problems in 2016. What a world.
Credit to Thomas with the all time “Bout to have sex” pose. Lot of emotion in that single thumbs up. Guy’s got a new dick, it’s written all over his face. 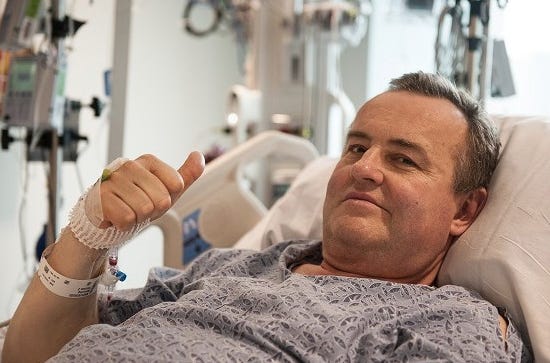