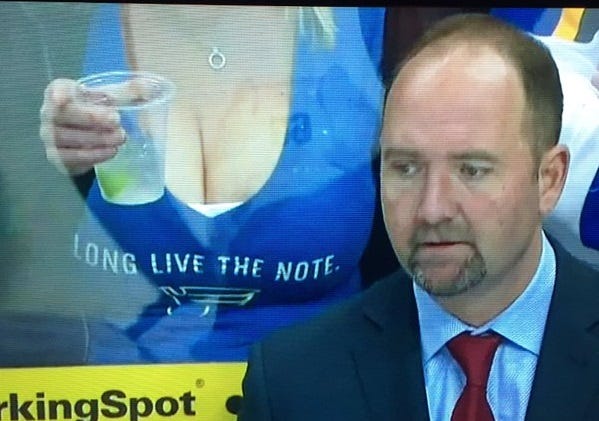 Yo how much does it have to suck being Pete DeBoer. Pretty much has ladies throwing their titties out at him 24/7 yet he can’t do anything about it since he has a stupid little hockey game to coach. 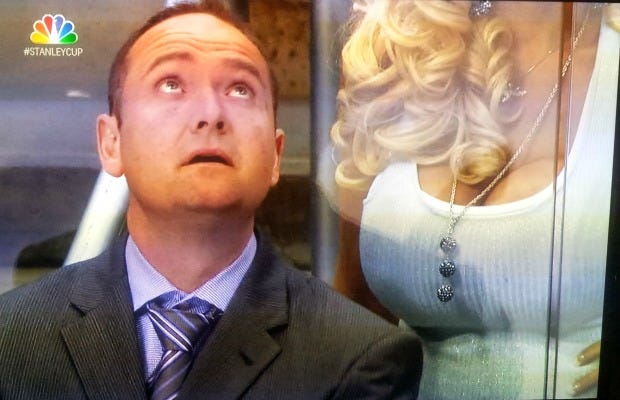 Everywhere he goes, it’s just titties galore. Game in LA? Titties all up in his face. Game in St. Louis? It’s titties all up in his face. I wouldn’t be surprised if he just quit coaching after this season and goes on a titty safari. You can only show a man so many pairs of titties before he snaps. Were they the nicest titties in the world? Not exactly. But have you ever heard of bad titties? Yeah, me neither. And just a few short weeks after the St. Louis Blues used these big ol’ hooters to distract Coach Q and knock off the Hawks in Game 7… 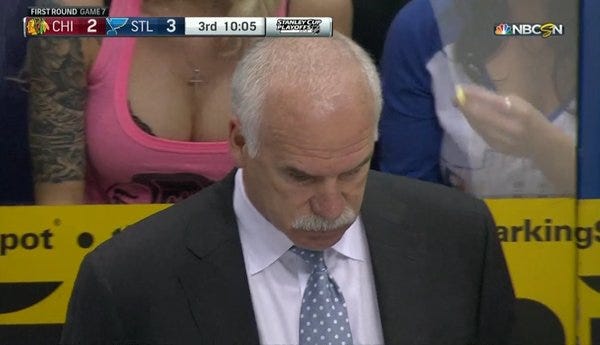 … they’re up to their same old tricks again. And like the headline says, you can only sit there and applaud St. Louis for their efforts. They know what the’re doing. They know that putting a giant set of cans right behind the visitors bench is going to give the Blues an advantage. Because it’s the power of the titties that distracted Martin Jones enough to let in this soft goal to give the Blues their 2-1 lead that they’d hold onto for the rest of the game.

Between the chicks that they bring in to sit in those seats behind the visitor’s bench and Ken Hitchock, the Scottrade Center has become Titty Central. And they’ve embraced it. Gotta take advantage of that home ice advantage any way you can. That’s just playoff hockey, baby. 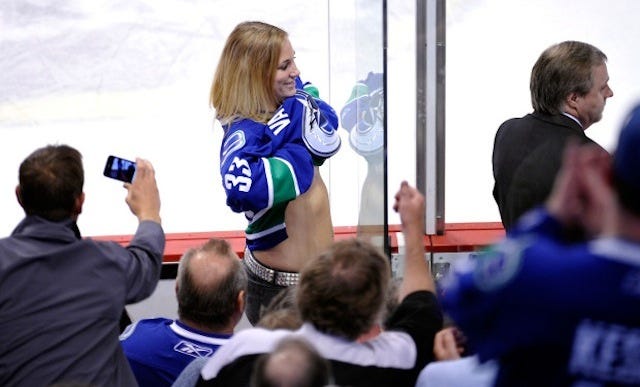 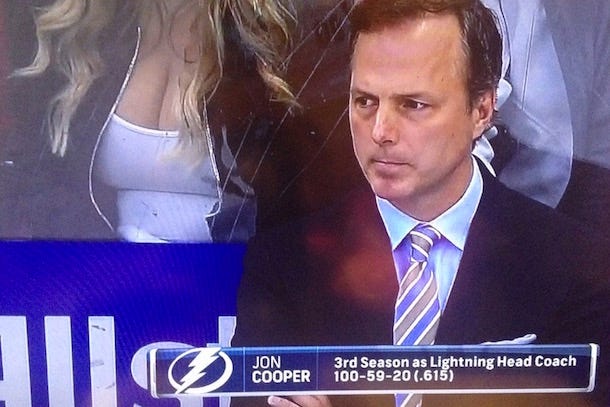 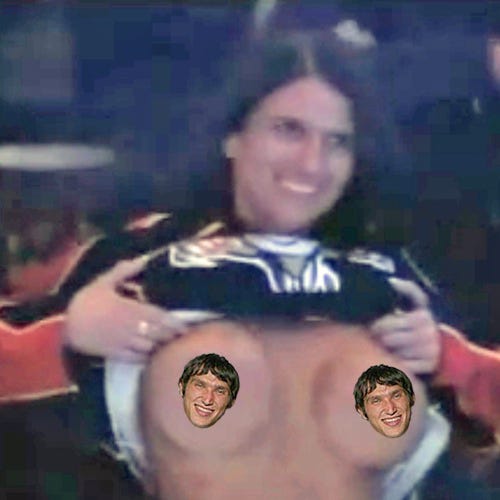