This should be kind of surprising because it’s completely preposterous. A Los Angeles woman has to cover-up her perfectly normal black dress while telling everyone the sun is going to be out for the 10,000th straight day? Fuck that. But when you consider all the factors, it makes perfect sense. Think of the people who complained: people who watch the news and use email to make complaints. That right there tells you all you need to know. Buncha 70 year olds were offended that a woman was reporting the news so they ran to their Gateways, logged into AOL, and complained about Veronica Corningstone’s female shape. Only surprising thing about that is KLTA actually listened to the complaints and forced her to cover-up. Emails are basically voicemails in 2016: they’ve just an annoying number I have to look at on my phone and I’ll never address. Anything with mail, ignore it. Email, voicemail, real mail with “IMPORTANT” stamps on the front: fuck all of it. Fuck mail. You want me to dismiss something as worthless? Put it in the form of mail. Any form of mail you want, I’ll ignore it all the same.

The story for me isn’t even about that, however. It’s how quickly this gal took some dude’s sweater and turned it into a sexy outfit. Hot chicks are like Magyver when it comes to clothes, they’ll make anything work. You can hand a smoke a drop cloth, a Confederacy soldier’s jacket that he died in, and bike helmet and they’ll look fashionable as shit in five minutes. It’s amazing. Every hot girl I’ve ever known will complain about nothing to wear then ask two minutes later come out in an old gym tshirt and some OshKosh B’Gosh overalls looking ready for the pages of Vogue.

Love her initial reaction before she realized she could make that thing work. You want me to put on Fat Jeff’s sweater that I’ve watched him rub chip grease on for the last 6 years? I’m going to die. 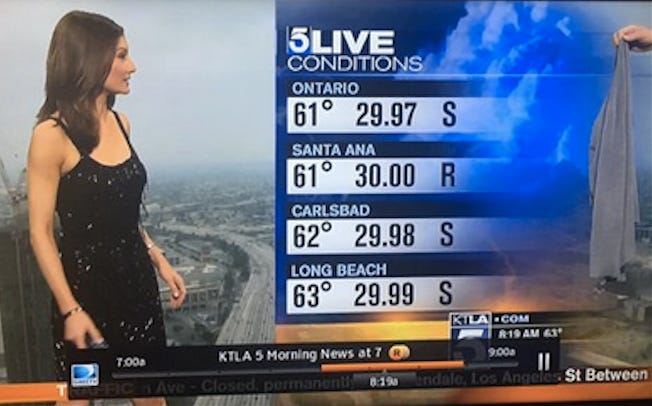 Shouts to Mexico though. They may not be able to do much, but they know how to report the weather. Got one thing on us American prudes. 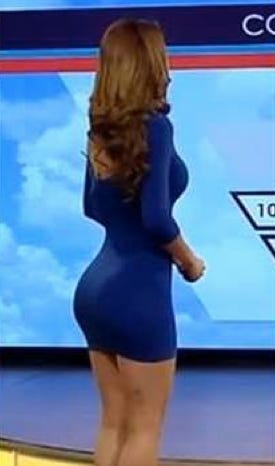 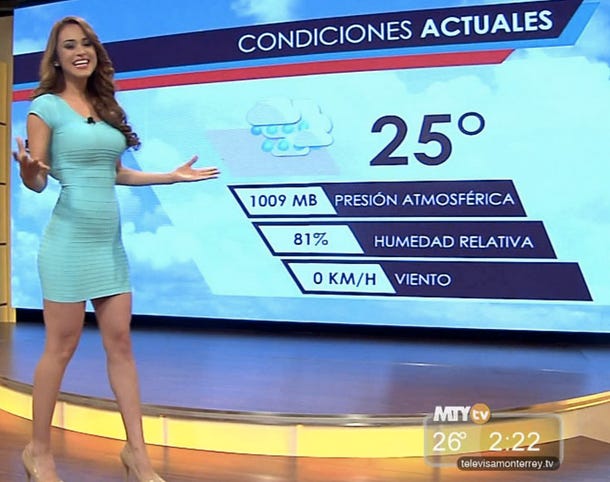 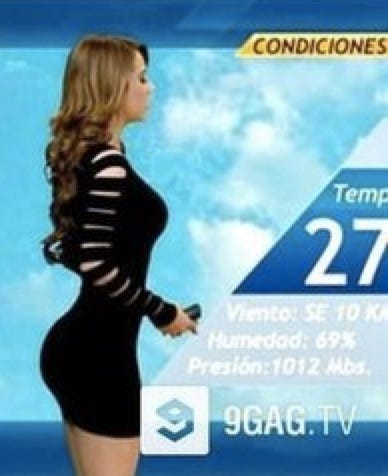