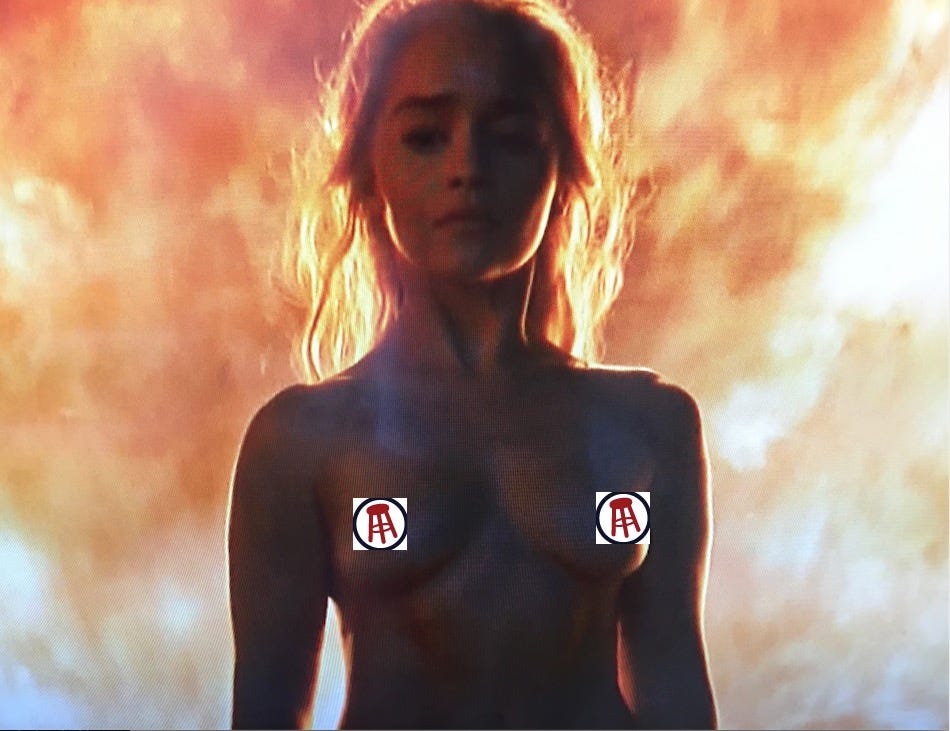 EW – But before any assumptions are made about Clarke’s participation in the scene, there’s something the actress wants everybody to know. “I’d like to remind people the last time I took my clothes off was season 3,” she says. “That was awhile ago. It’s now season 6. But this is all me, all proud, all strong. I’m just feeling genuinely happy I said ‘Yes.’ That ain’t no body double!”

It’s easy to understand why Clarke is being proactive and open about her feelings about the scene. Thrones actress Oona Chaplin once claimed an actress on the hit show didn’t like doing nude scenes (which some outlets just assumed was Clarke). Then last year a tabloid report claimed Clarke said she didn’t like doing sex scenes – which Clarke took to Instagram to correct.

“It’s difficult to be misquoted and it’s nice to have something like Instagram to say the truth,” Clarke says. “How many times has [Daario actor] Michiel Huisman been asked about the fact he’s taken his clothes off a bunch? Is that even a discussion? No. So I’m doing it this year and people can talk about it and I’m ready to answer any questions about it, basically.” [EW]

Kind of like how it was a little shoutout to all the haters and complainers too. This is why you watch all them filler episodes and story-set-up episodes with 3 minutes spent on each of the 19 main characters with nothing happening. Because you never know when boom, Khaleesi will turn on bad bitch mode and burn a temple down with some tittays out.