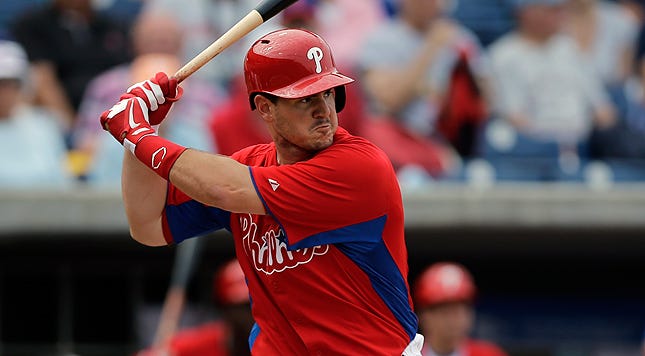 CSN - After tearing up International League pitching for more than a month, Tommy Joseph was promoted to the majors on Friday, according to a league source. The 24-year-old first baseman is expected to be in the Phillies’ lineup for his big-league debut when the club opens a series against the Cincinnati Reds at Citizens Bank Park on Friday night. The Phillies will have to make a roster move to make room for Joseph. The Phillies’ decision to bring Joseph to the majors comes just seven months after the team made a starkly different decision on the player. In October, Joseph was placed on waivers. He passed through unclaimed, was removed from the 40-man roster and assigned to the minor leagues. He was also passed over by 29 other teams in the Rule 5 draft.

The 20-15 Phillies have been survivors this season. They either eek out the close game on the back of their pitching and small ball mentality or get blown out. And you know what? That’s completely fine. They’re relevant 35 games into the season. Fuck, they’re better than that. 1.5 back in the East/Wildcard is a MIRACLE for this squad that would’ve been lucky to win 75 games. But this early success is virtually no thanks to their “Platoon” production at first base. Ruf has been unfortunately non-existent (.158 w/ 0 HR’s) and The Big Piece only mixes in a dinger in between his Golden Sombreros.

So in struts Tommy Joseph. A player dismissed by everyone just a few months ago but has been slaying everything in sight since,leading the International League with a .347 batting average and .981 OPS. Is he the answer long term at 1B? I have no idea. But he’s finally healthy, producing his nuts off, and deserves a shot just as much as anyone. They gave Ruf and Howard 35 games to claim the base as their own, to no avail. Time for some fresh fish to come in to see if he can dance. At 24, Joseph could be another diamond in the rough for this young ball club to add onto their talented pile. Best find out sooner than later.

Also, Tommy’s got one hell of a mean mug on him. Straight up goon face. Great look for a ballplayer. 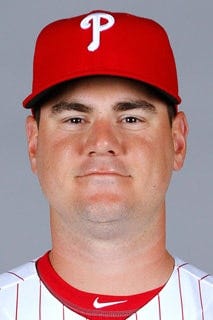