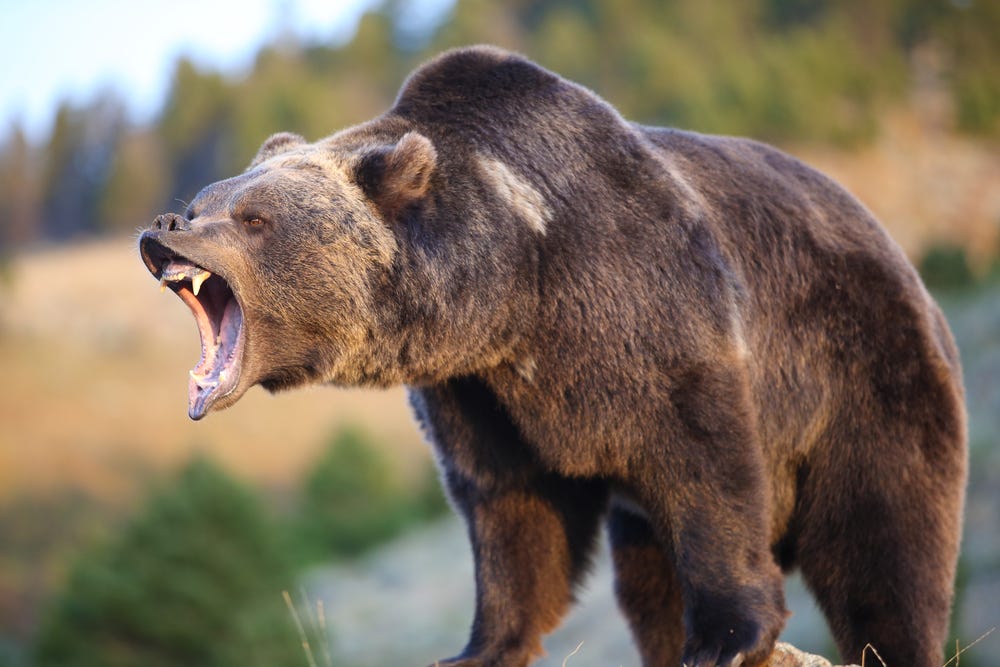 PALMER — Chase Ferris was at a crossroads, anxious to make the most important decision of his life.

The Palmer High senior had the option to focus on academics and pursue a degree at the University of Wyoming. The all-state football star also had a chance to continue playing the sport he loves.

The struggle to make the decision weighed on him. So he left it up to destiny.

Ferris, a standout in multiple sports and the classroom at Palmer High, is also an avid outdoorsman. He picked a spring brown bear hunt earlier this year to help him make the final decision. If he got the elusive bear he’d tracked before, Ferris would follow the call to play football at the University of Mary. If not, Ferris would turn his focus to academics at the University of Wyoming.

As it turned out, the hunt was a success. And now Ferris, a two-time all-state running back, is ready to make the run to the next level.

Close your eyes, picture the kid who would choose his college based on a bear hunt, and his family, now open them. 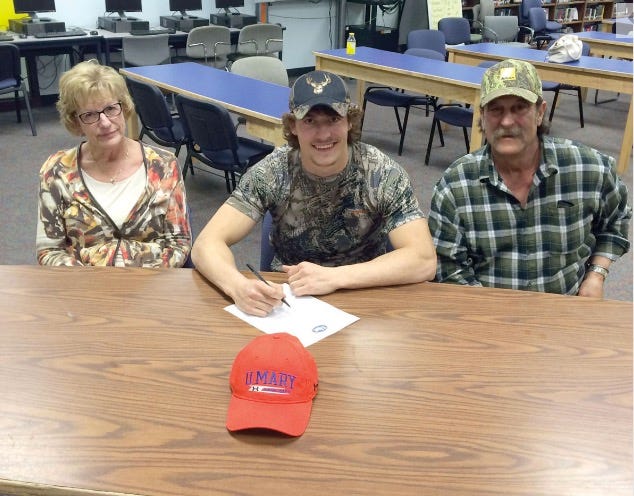 Close right? I know, I pictured a little more hardcore of a mother. A touch more camo. But close for sure. And I love it. College football has too may primadonnas and divas who need to be wined and dined and courted into choosing their school. Give me a redneck who goes out to slaughter a massive beast in the wild in order to make his decision any day of the week.

“I let it all come down to fate, and fate chose University of Mary,” Ferris said Monday after he signed his National Letter of Intent to attend the Bismarck, North Dakota, school and play for the Division II Marauders. “We’d gone up for (the bear) once. We hadn’t seen it in two days. I said, we kill it, I’ll go play football.”

Don’t even need to see the measurables and the 40 time. Just give me a quote like that and a bear skin rug in the living room and I’m sold, you’re officially my starting running back for the next 4 years. 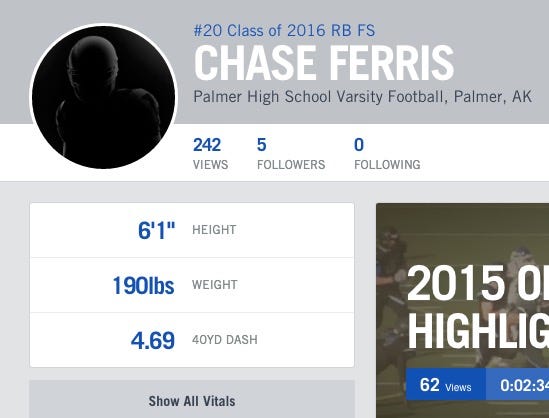