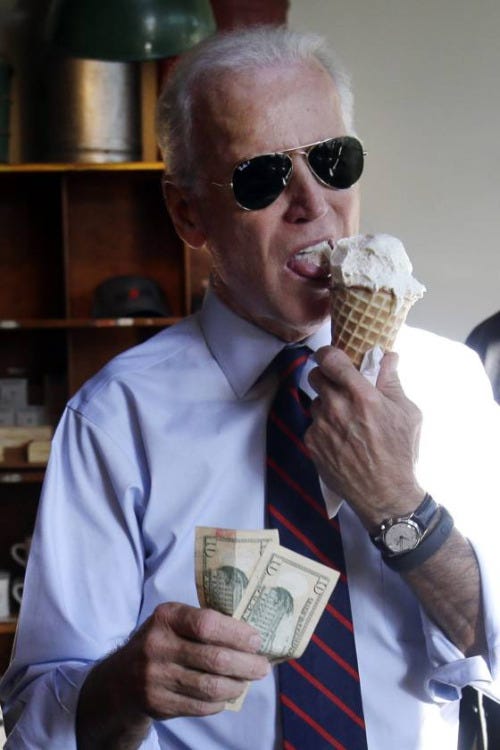 Business Insider — In a Wednesday “Good Morning America” interview, Biden said he scrapped his plans to mount a third presidential bid after the death of his son Beau last year from cancer.

“I planned on running,” Biden said. “It’s an awful thing to say. I think I would’ve been the best president.”

“No one should ever seek the presidency unless they’re able to devote their whole heart and soul and passion into just doing that,” Biden said. “And Beau was my soul. I just wasn’t able to do that.”

Get in line, Joe. You and about 300 million other people are sitting around saying the same thing.

In the history of polling, we’ve basically never had a candidate viewed negatively by half of the electorate. This year, we have two.

You got a pulse? Can you exhibit normal human behavior? Are you guided by even the faintest existence of a moral compass? Do you like ice cream more than anyone else likes anything?

Yeah, of course you’d be the best president Joe. Already the best State Of The Union’er in a landslide.

PS – In all seriousness, with the Trump phenomenon, how many times per day does Joe Biden thank god he didn’t run for president? He was too disheartened to enter even a normal presidential campaign… imagine what the Trump effect would have done to him?