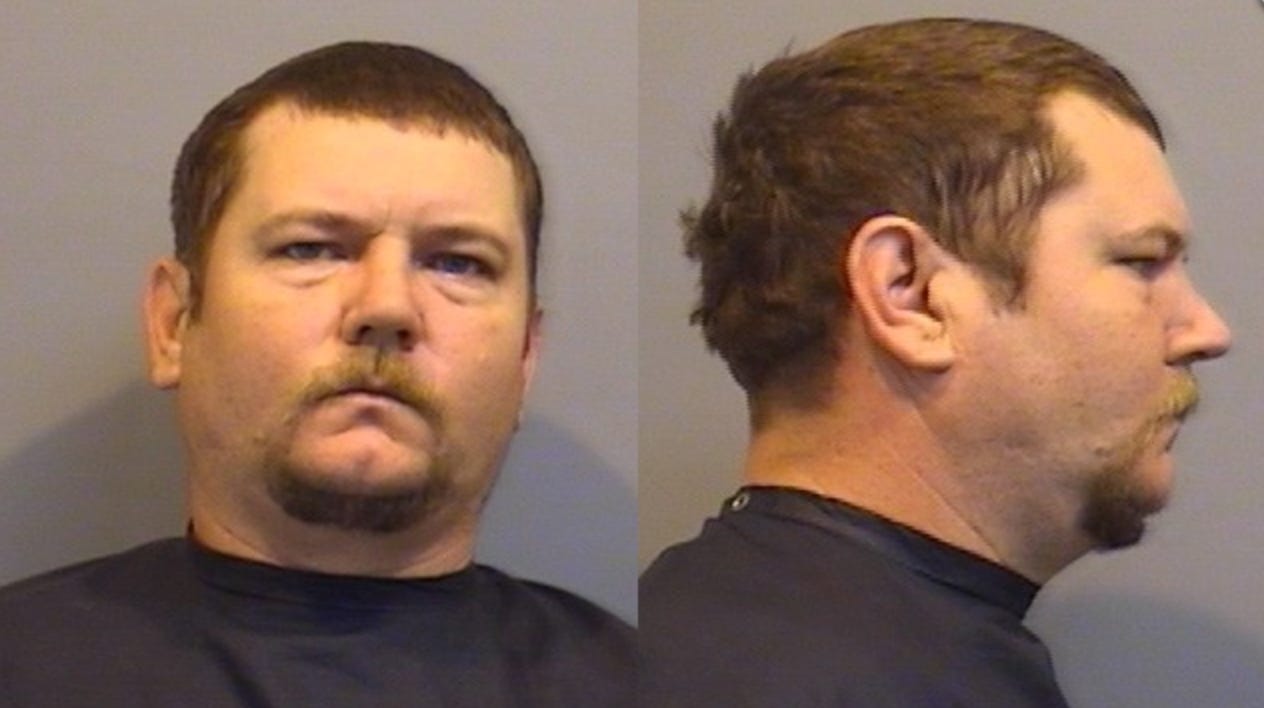 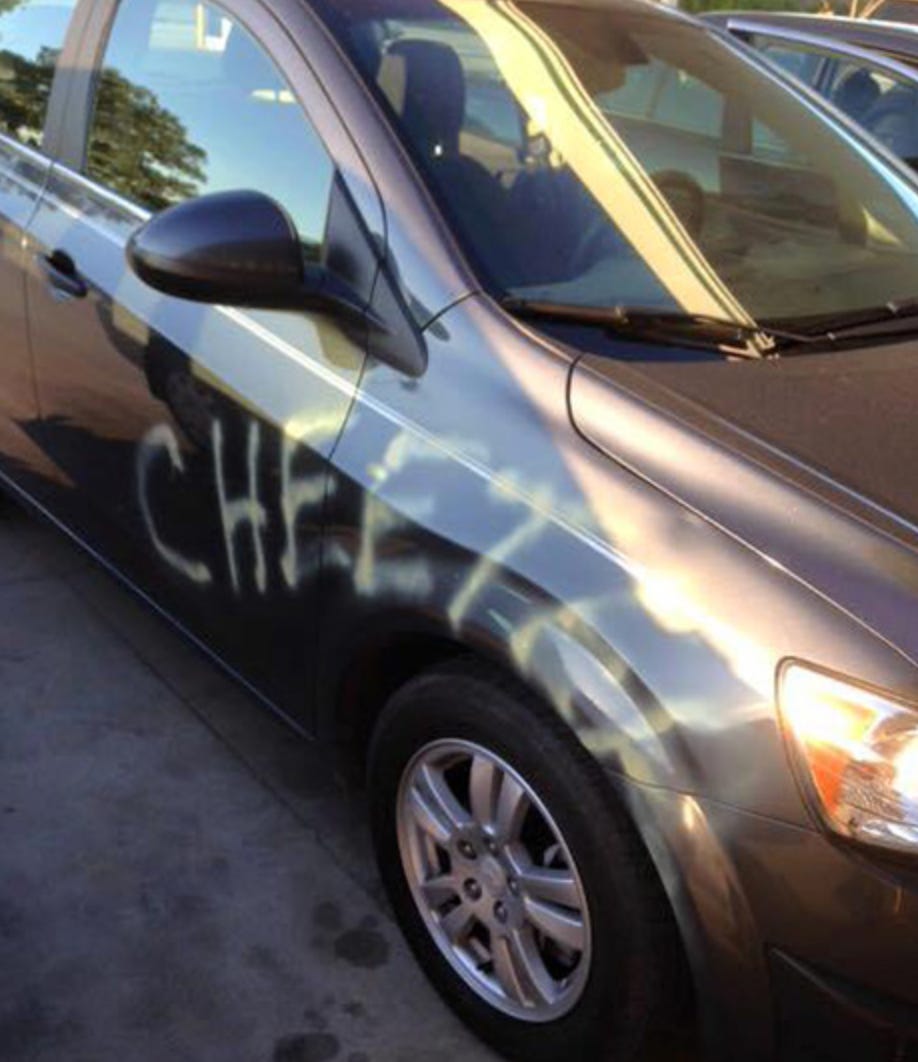 TSG- A South Carolina man seeking to “get back at” an unfaithful ex-girlfriend is facing criminal charges after a cop caught him spray painting the word “CHEETER” on the woman’s car. Timothy Lee Trammell, 36, was nabbed Friday after a Union County Sheriff’s Office deputy spotted him vandalizing the auto outside a One Stop convenience store in the town of Jonesville. Trammell’s ex, cops report, works at the business. Trammell, who was first spotted crouched next to the vehicle with a can of spray paint in his hand, tried to run from an approaching deputy, but was quickly apprehended. According to a sheriff’s report, Trammell subsequently confessed to the vandalism, explaining that he was trying “to get back at her.” Police estimated that Trammell’s tagging caused $500 in damages to the victim’s 2013 Chevy Sonic. As seen above, cops photographed Trammell’s misspelled handiwork for evidentiary (and entertainment) purposes.

And that’s how you lose the upper hand and the favorable narrative in a relationship plagued with infidelity. The guy was completely in the right. He was the one being cheated. He was the faithful one in the relationship. So he wanted to get some revenge on the woman who broke his heart and bounced to the next dick boy. Totally fair. Even the girl’s mother probably agreed with the vandalization. But then he fucked it all up when he misspelled cheater. All of his hand went right out the window. Now instead of people saying, “Well she deserved to get her car spray painted. With actions come consequences” they’re saying, “She’s probably better off with the new guy since that dumb shit she’s with now can’t even spell ‘cheater’.” And those people are right. That’s the biggest issue. Dating a guy who can’t spell at a first grade level is worse than cheating on your significant other. Those are true facts.