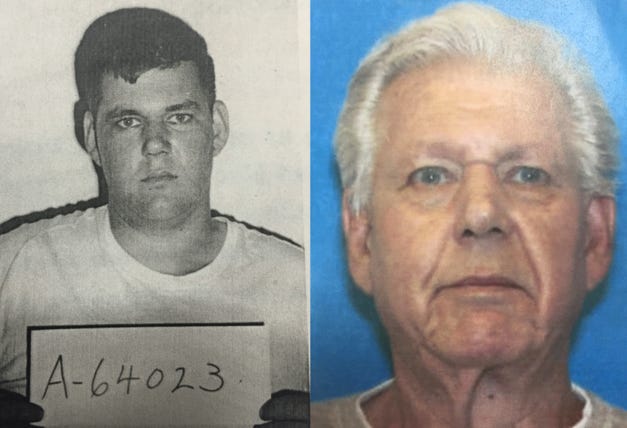 Fox 5 - Connecticut State Police say a fugitive arrested in a rural town 48 years after escaping from a Georgia prison work camp was well-known as a boat repairman in his community and was caught after applying for Social Security. Troopers and U.S. marshals arrested Robert Stackowitz on Monday morning at his home in Sherman, about 60 miles west of Hartford along the New York state line. The U.S. Marshals Service says Stackowitz was serving a 17-year sentence for robbery in August 1968 when he escaped from the infirmary at Carroll County Prison Work Camp in Carrolton, Georgia. Authorities say Stackowitz applied for Social Security recently and officials discovered he was a fugitive. Stackowitz is detained and expected to be taken back to Georgia. It’s not clear if he has an attorney.

I’m no lawyer. I dabble in bird law, but that’s about it. I’m just a simple man with simple needs. But what I do know is you can’t arrest a guy 48 years after he escaped from prison. That’s a lifetime ago. You’re not even arresting the same person. 48 years ago Robert Stackowitz escaped from prison for committing a robbery. He escaped, didn’t get caught, and now 48 years later they want him to return to jail? He won, you lost. It’s like a real-life version of Cops And Robbers- I’d say you get 10 years to find a guy after he escapes, and if you don’t find him, he’s home free. Find him in those 10 years and his sentence doubles. Fair is fair. But after 48 years, no fucking way should he go back to jail. He’s just been chillin, fixing boats and hanging out in Connecticut, let the man live. If they thought he was sooooo important to catch, they would have found him 48 years ago. Clearly it wasn’t that important, so the state of Georgia needs to take their L like a man and move on.

I do wonder though if in 48 years a day has gone by where he hasn’t worried about getting caught. Or how many years into his escape does he start to get comfortable. I’d say after 10 he eases up a bit, and after 20 he can finally relax. At 30 years he might have told a close friend or wife about what he did 30 years previous. But at 48 years, I think maybe he finally stopped worrying too much about getting caught, to the point he filed for Social Security. Computers nowadays, they will get you every time. Maybe deny his social security, but let’s not lock him up, fair compromise.