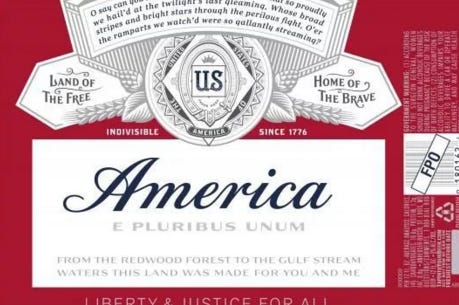 Grubstreet - To remind Americans that nothing’s too sacred for shameless corporate self-promotion, the King of Beers is currently seeking federal approval for a new label that would let it swap Budweiser with the word America. The Über-patriotic redo would just be for the summer, Ad Age reports. While there’s no bald eagle, it does include other ‘Murica must-haves like the lyrics to the entire national anthem and phrases like “E Pluribus Unum,” “Liberty & Justice for All,” and “Indivisible Since 1776,” which, while true of the U.S., doesn’t apply to Bud since the company’s barely half that old. Maybe most hilarious, the seal up top that gloats about the beer’s global reach (the words Europe, Australia, Asia, and Africa appear around the crest) now just reads “The United States of America,” basically one-third of one continent. 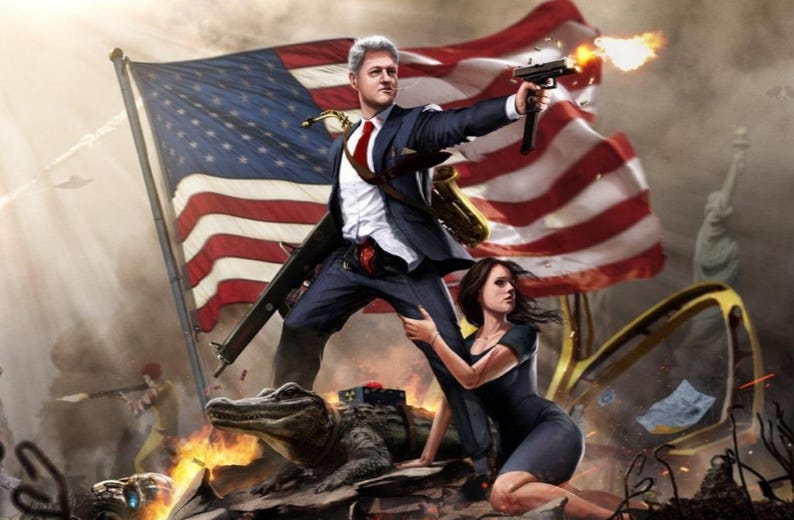 ADAGE - A-B InBev on Tuesday, May 10, confirmed the limited-edition label change, saying “America” would replace “Budweiser” on the front of 12-oz. cans and bottles. The packaging will run from May 23 through election season in November, the brewer stated. The agency that handled the design change is Jones Knowles Ritchie, New York. The packaging will be accompanied by a summer-long campaign called “America is in Your Hands.” A national TV spot featuring the cans and bottles will premiere on June 1. 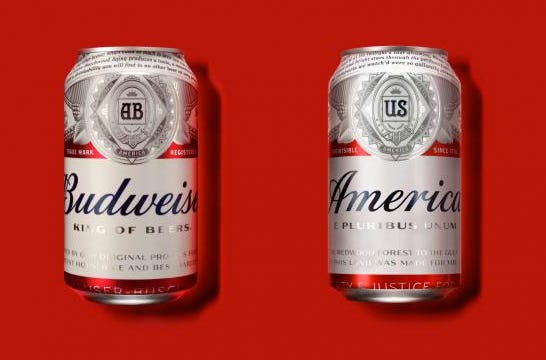 Budweiser is America. America runs on Budweiser. And now at long last, Budweiser cans will simply read “America”. King of Beers is out, E Pluribus Unum is in. Mumbo jumbo about how Budweiser reaches every continent is out, the national anthem is in. Doesn’t get more American than this. The only downside is if you’re at a BBQ in Florida and you show up with anything besides the America Bud cans, you’re gonna get murdered. Don’t step foot on anyone’s property if you’re a god damn terrorist drinking anything besides America. And that’s what is so great about this campaign. Even if you dislike Budweiser, if you prefer beers with a bit more taste, you have to buy this. Because that’s how we’re wired. We don’t have a choice but to see a beer labeled “America”, decked out with all of our great nation’s phrases, and have to drink it. And the fact they are running it from Memorial Day through 4th of July and through election season? The number of people who are going to buy this just for the Instagram pictures are going to be through the roof. Now pardon me while I end this blog and dump all my life savings into AB stock.