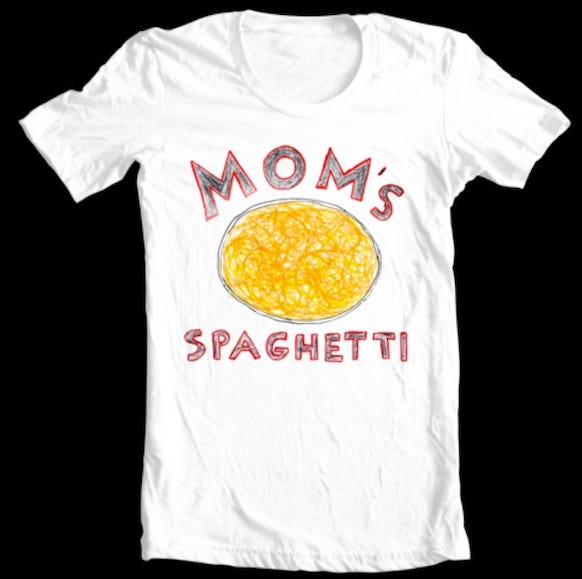 I might get torn apart for this statement, but even as a huge fan of rap/hip-hop, I’ve never been an Eminem guy. Now with that being said, if there’s one thing that is swaying my opinion of the man, it’s his move to get into the t-shirt game by dropping this limited edition “Mom’s Spaghetti” shirt for Mother’s Day.

Out of all the bars the man has spit in his 24 year career, his opening lines from Lose Yourself are by far his most memorable, and following in the footsteps of moguls before him, capitalizing on those lines by making it into a t-shirt is an A++ move out of the white boy from Detroit.

Eminem is weird in the fact that one day he takes himself suppperrr serious and puts out songs about killing his mom and how much he loves his daughter and yada yada; and the next he’s making jokes, dressing up as a super hero and riding Elvis’ poop. This Mother’s day he decided to take the latter route and is easily banking off the decision. Because if there’s one thing I’ve learned over the years it’s if you have something good going for you, make t-shirts about it. Old Barstool trick. So props to Eminem for this move, but don’t get too comfortable, as this internets only big enough for one t-shirt mogul.