via /r/hockey
Edit: Alright alright, It’s Michael Jordan. I’ll type it here since i have to keep repeating myself: I know who Jordan is, i’ve just never put a face to the name.

Also, i didn’t expect my ignorance to bring me to the front page of /r/hockey, so thanks i guess.

The birth of a meme. #TheMoreYouKnow

Well folks, there you have it. The moment when the Crying Jordan face went too far. I mean I still love it, but that’s brutal. As somebody that had most of his childhood ruined by Michael Jordan and the Bulls, I thought I would be happy to one day find out that people didn’t know who Michael Jordan was other than as “that crying guy”. The man murdered Patrick Ewing’s hopes and dreams every time out when sports meant just a little too much to me. But I wouldn’t wish this fate on my worst enemy. You know how hard Michael Jordan worked to become the greatest basketball player of all-time? I bet you didn’t know he was cut from his high school basketball team! Oh wait, everyone knows that because that story was the anti-MJ Crying meme before the internet was a big thing.

I don’t care that this guy was from Sweden and doesn’t follow the NBA. America didn’t win all those wars for people not to know who their heroes are. Sure there are probably millions of kids in our own country that are born with a phone in their hand and don’t have the faintest clue who Michael Jordan is and only know him for a couple tears trickling down his cheek. But I don’t read about those kids on the internet. The internet is Crying Jordan’s home court and this Swede just violated that safe space.

And it’s not even like Patrick Ewing has gotten the last laugh in retirement. He has been coaching for years, doesn’t get any real interviews for head coaching positions, and always has this look on his face. 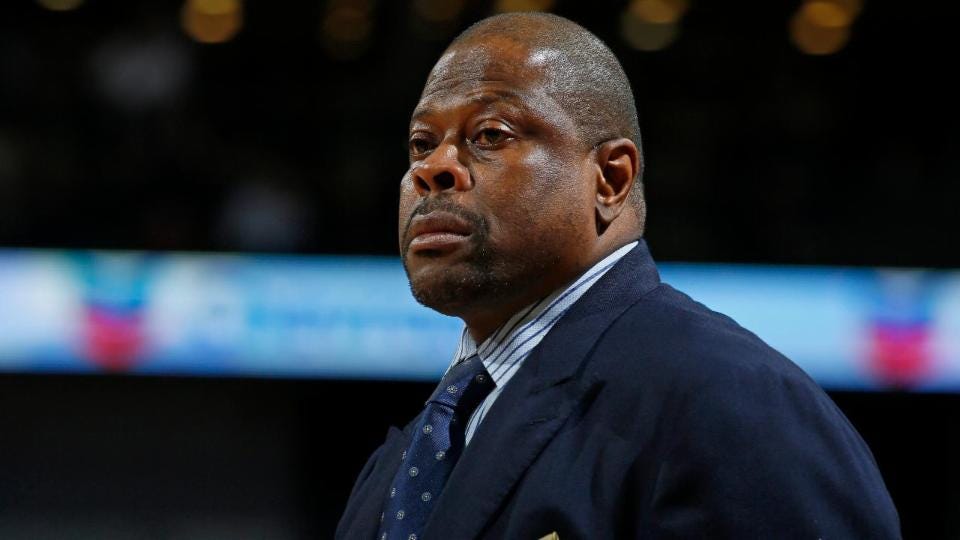 Oh yeah, and Michael Jordan owns his team. Crying Jordan is so great it hasn’t even allowed Depressed Ewing with those sad ass puppy dog eyes to become a meme.

Anyway, think of all the great moments Crying Jordan has given us. Every big loss, injury, firing, etc. It has brought a smile to millions (billions?) of faces after basically every bad thing that has happened over the last few years. Hell, today’s story about Ja Rule thinking Michael Jordan got paid $1 for every Crying Jordan face made my day. That meme makes us smile because something really shitty happened to someone else all because Michael Jordan once cried in public. I don’t know what it is, but that says something about the human condition. There will be classes done about the Crying Jordan meme as it outlives all of us 1,000 years from now.

That being said, I wish all of this happened to Scottie Pippen. Fuck that guy.