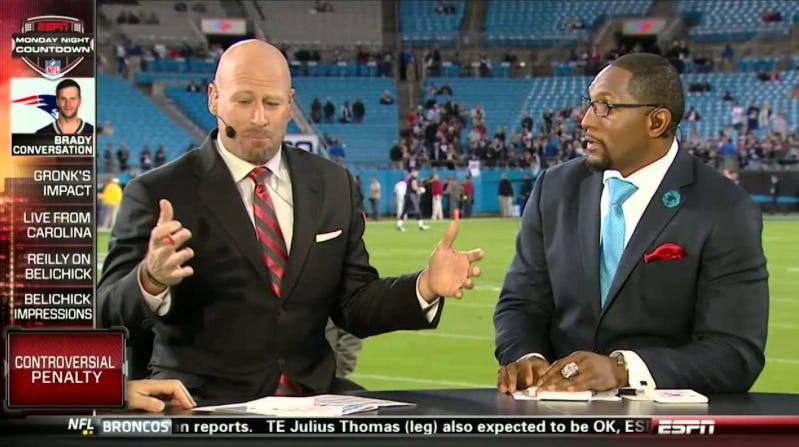 (Source) ESPN’s NFL coverage will look dramatically different next year. Our site already reported that Mike Ditka is out from his Countdown gig (though will remain with the network in an emeritus role), and that Matt Hasselbeck and Charles Woodson are on their way in.

Trent Dilfer has also been widely reported to be leaving Bristol. In addition to this, The Big Lead has learned that Cris Carter and Ray Lewis are also expected to be on their way out, and that Randy Moss is expected to be on his way in. Moss spent last season at Fox Sports, appearing on the pre pre show that pitted him in debates with Colin Cowherd.

So let me do some quick math here. We’re subtracting this guy.

And replacing it with this guy?

UPGRADE! Seriously this is great news. Losing Keyshawn, Ray Lewis, Trent Dilfer, and Cris Carter from Countdown and ESPN programming is fantastic news. I feel like I just got some brain cells put back into my skull. All a win. Now we need to get Bear legend Tom Waddle a seat at Countdown and we’ll be really cooking with gas. Or ESPN should just hire the white Randy Moss and pair him with the black Randy Moss. Can do a nerd vs jock thing like Salisbury and Clayton back in the day. That was the peak, been all downhill from that moment.

We also got news of Tirico’s replacement. I love Mike Tirico but McDonough will be a great replacement, one of the most underrated guys in the business as far as I’m concerned. He’s got the “big game” voice. Any game he announces feels important. 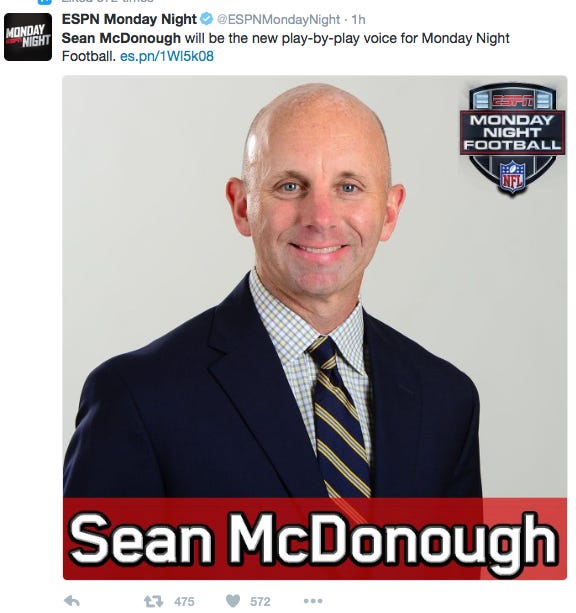