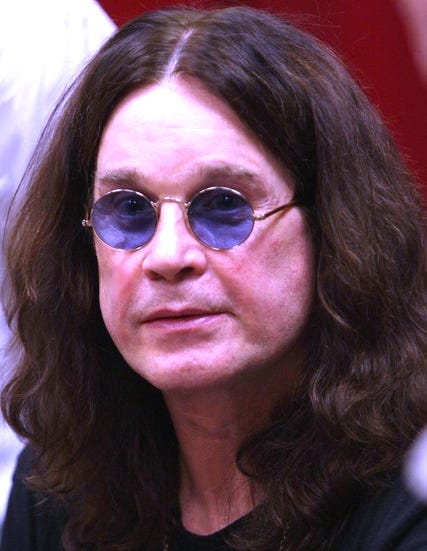 (source) Ozzy Osbourne is missing after wife Sharon kicked him out over claims of a fling with a hairstylist. Son Jack, 31, is said to be desperate to speak to rocker Ozzy but cannot find him. Pals said Ozzy’s children tried to contact stylist Michelle Pugh to see if their dad was with her but she did not turn up for work on Saturday. A source said: “Jack tried to get hold of Ozzy because he thinks he might talk some sense into him. “He and his sisters Kelly and Aimee are worried about him and a bit shocked by what has gone on. “But Sharon is in an unforgiving mood and does not want him in the house, so it’s a difficult position. “Sharon has got a fiery temper, but after a row, they often kiss and make up. “It is a bit different this time, though, and she is extremely angry with Ozzy.”

The Sun on Sunday revealed Sharon, 63, accused Ozzy, 67, of an affair with rock fan Michelle, 45, who works at a salon in LA. After he was kicked out of their home, Ozzy went to the Beverly Hills Hotel, but is not now believed to be staying there. Our source explained: “Ozzy is in a hotel somewhere and has taken his credit cards and some money with him. “But he is not brilliant on his own and is a bit like a puppy — he goes missing but then usually turns up sooner or later.” Friends fear Ozzy, who has battled alcohol and drugs, could fall off the wagon. It is not known if Ozzy has a mobile phone with him, making it hard for his family and friends to contact him.

If you had to pick one celebrity to be compared to a puppy that gets lost out in the world and eventually turns up, it would have to be Ozzy Osbourne right? I saw this headline and it was the least shocking news I’ve read all day. Ozzy Osbourne is lost. He’s stumbling around some Hollywood neighborhood, probably missing a shoe, mumbling to himself about needing to go home while everyone looks at him like he’s a crazy homeless person. And the worst part is Ozzy Osbourne barely speaks english anymore. So he’s essentially lost in a foreign country where he can understand what others are saying but no one can understand him. In a world where google can track every move you make and big brother is probably watching us all through our webcams, Ozzy Osbourne is lost. This blog is going to really suck when he winds up dead, but for now it’s a funny thing to say, we’ve lost Ozzy Osbourne people, not dead, literally lost.

If I read this story correctly, Ozzy Osbourne routinely cheats on his wife, gets kicked out of the house, then comes back and they make up and it’s totally cool? Not a bad gig right there.