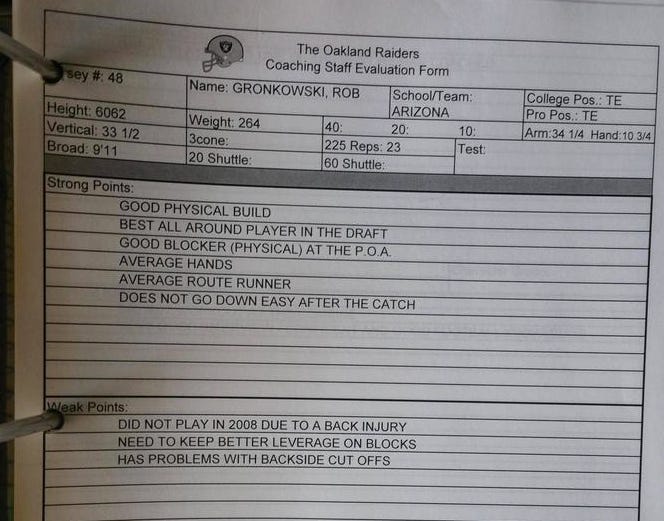 Over on Reddit, user Mattyuh claims he was at a garage sale and stumbled upon the Raiders 2010 scouting report for the NFL Draft. Whether this is true or not, who knows, but I’m glad he posted it because it’s completely fascinating. For one, the Raiders nailed all the evaluations that he uploaded. And for two, because it’s a fascinating look into how scouts grade players leading up to the draft. Great job by them drafting Gronk, the best all around player in the draft. Oh wait, they drafted noted crazy person Rolando McClain…oops. Just so Raiders. Nail the evaluations, make the wrong pick. 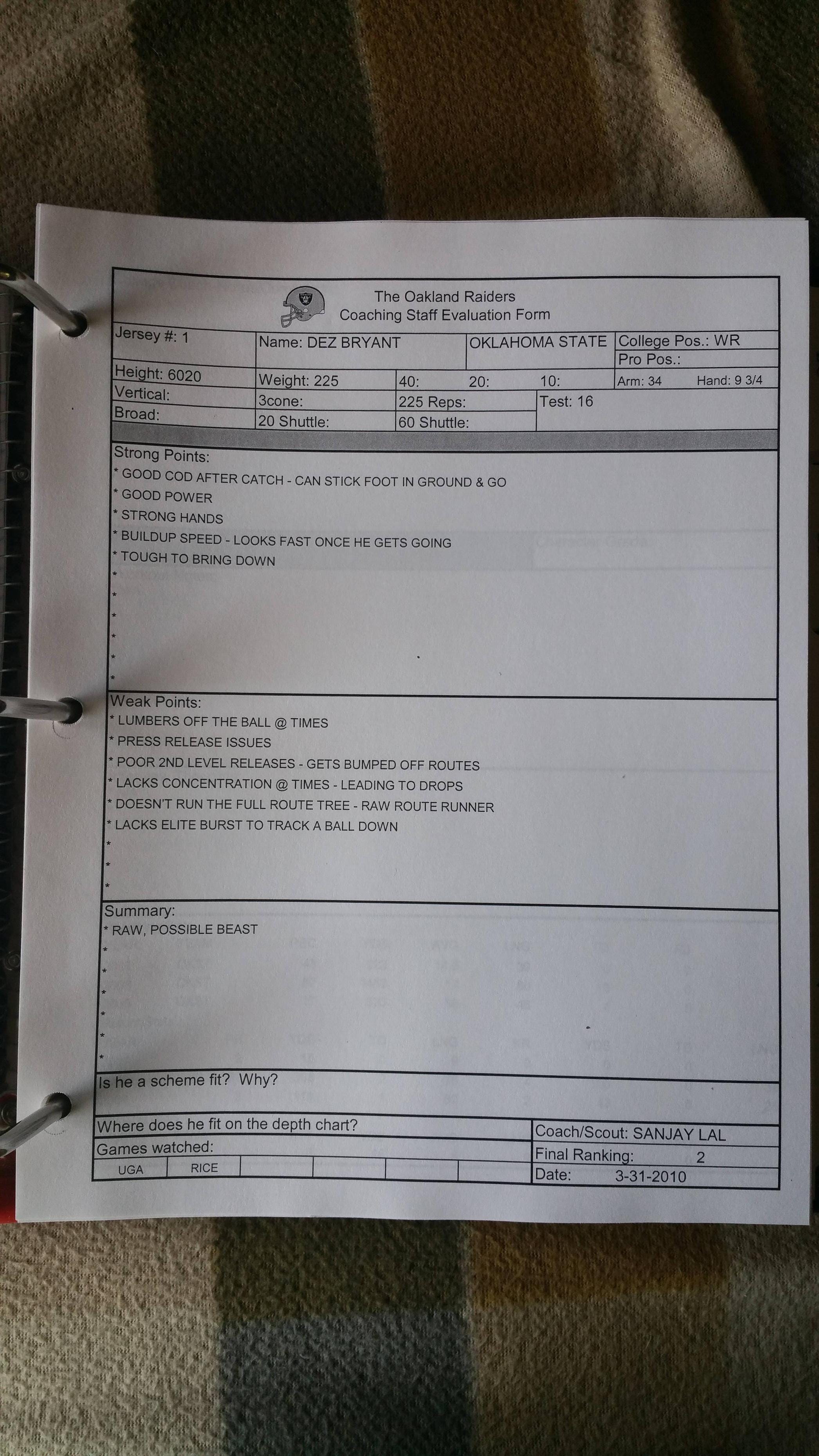 No word on his evaluation if his mom is a hooker though, interesting.

They couldn’t have been more spot on with Sam Bradford’s weaknesses if they tried: 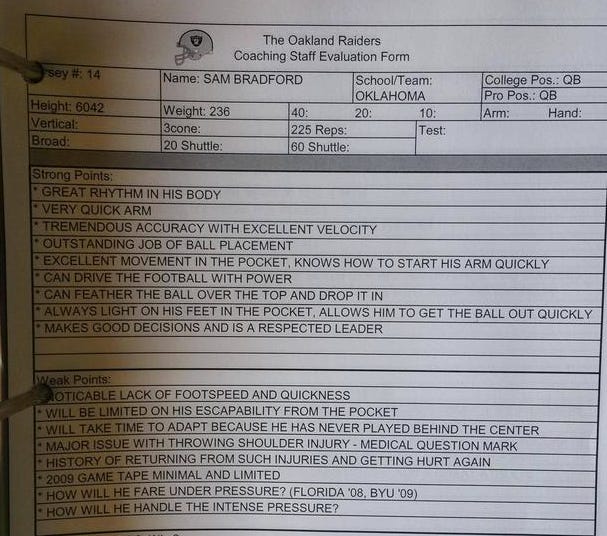 That “history of returning from such injuries and getting hurt again” was perfect. He was born to get hurt, come back, and get hurt again. It’s almost a strong point at this point because you know it’s going to happen. 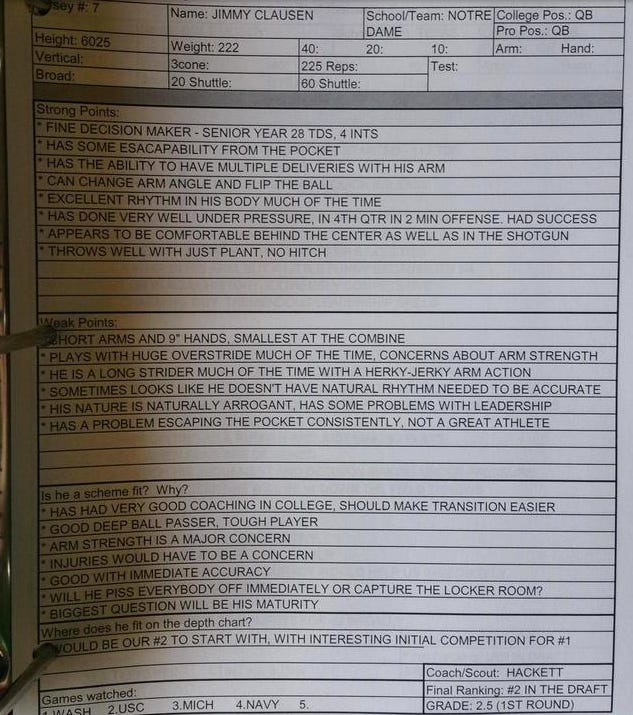 Small Hands Jimmy! I never knew the reason he stinks is because he has small hands and T-rex arms. Also I love the bottom part “will he piss everybody off immediately or capture the locker room?” They still had him listed as a first round talent though, which makes me believe that he always had the talent to succeed in the NFL, just not the brains in his head. A poor man’s Ryan Leaf.

It was a terrible year for QB’s though. Shout out to the Raiders for having Tebow pegged as a 6th rounder. Remember when the Broncos took him in the 1st round? One day we’ll get a 30 For 30 and find out what the fuck that was all about. 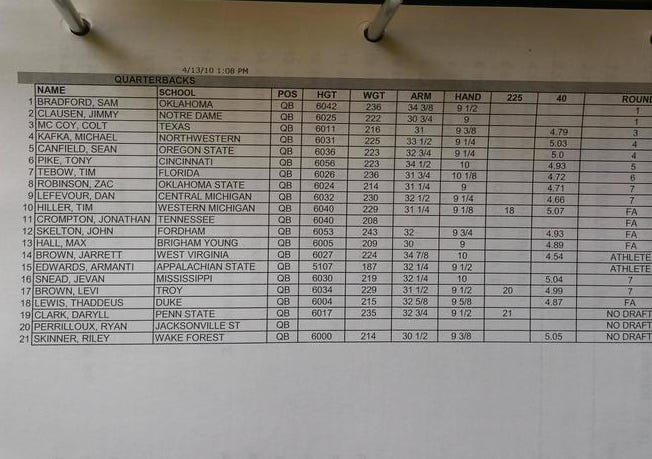 Fantastic year for TE’s though: 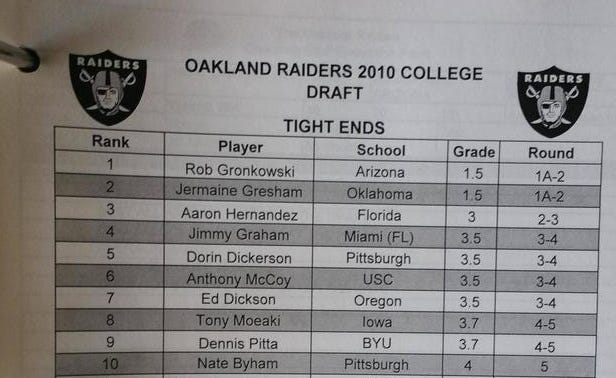 As well as WRs: 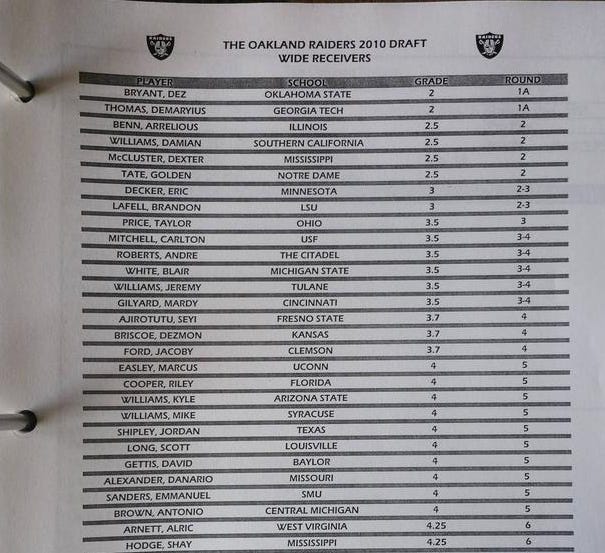 Sup Antonio Brown? I see you down there. Would love to see his individual report to see what teams said he was lacking. Just goes to show that you can evaluate people all year, but some guys will just blow your mind later. This shit isn’t even close to an exact science.

All in all, really cool shit. This stuff fascinates me. Whenever “insert name of college player” slides down the draft, everyone loses their mind. I guess there’s a reason for it. You can view the entire gallery here. 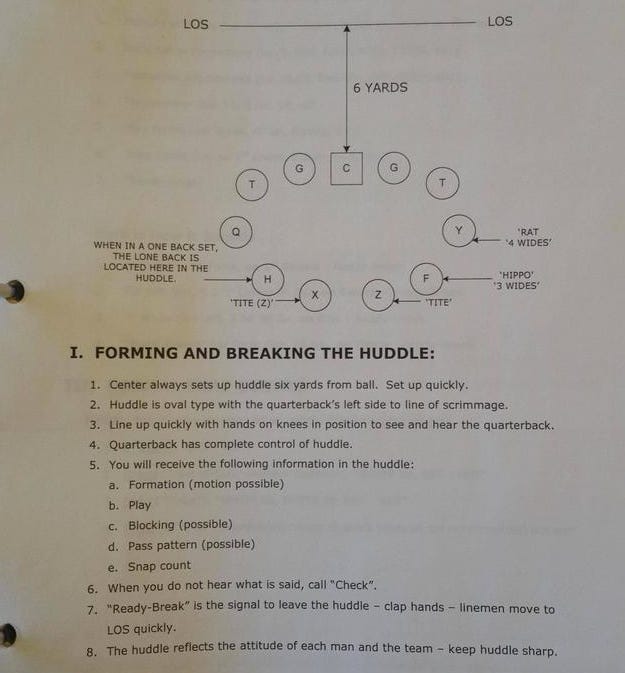