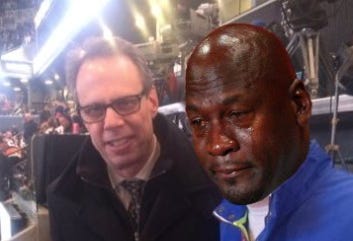 I said it after Game 3 – Tampa is as relentless as they come. If they’re down they’re not out and if they’re up they lock down all hope of a comeback. It’s easy to see how they made it to the Finals last year after going just 5 games with them. They have the talent on all 3 ends to go the distance and it showed in it’s entirety this series.

There were moments where the Isles were able to skate with the reigning Eastern Conference champs, even moments where they outplayed them, but as far as putting together entire games, let alone an entire series, Tampa just had what it took while the Isles didn’t.

There are more than a few names that could be called out for their performance this post season. Names like Boychuk, Nelson, and Okposo, all players expected to be difference makers this postseason, just didn’t do enough when it counted. Kulemin and Bailey were about as up and down as it got and just couldn’t be relied on in the long run. As hard as it is to scrutinize JT his 0 points in the final 4 games against Tampa can’t be forgotten, while d-men like Hamonic and CDH brought little to no offense through the entirety of the post-season, something this team has relied on over the years.

I said it all year and all week, just making it out of the 1st round is all I needed out of this season. This 2nd round series was playing with house money. Advancing to the ECF would have been glorious and I certainly would’ve rubbed it in a lot of faces but let’s be real, this team still isn’t built to go deep. JT is one of the league’s best but he isn’t a Crosby/Ovechkin type. He’s not one to do it all by himself 24/7, the guy needs help. And as good as Nielsen and Okposo were on his wings they’re a tier bellow what this team needs next to the Captain, and is something that needs to be addressed this summer [thats for a different blog though].

Am I happy with how this season ended? Of course not; the end goal is always a cup. But the realist in me knows that this year was a major step of a season, as the progression continues for what is still a young team. They deserved to make it out of the first round, but going any deeper would be a pipe-dream, especially with the cards they were dealt. There’s nothing to be embarrassed about, and nothing to be upset about. The jump was taken, the expectations should be raised, and all eyes are now on Garth and how he deals with allowing this team to make that next, next step.

I’ll have more on what’s to come this offseason later in the week, right now I have a pack of Camels with my name on it.

Silver linings so you don’t commit:

PS – Not to sound like a pussy, but thanks to all the Stoolies for making my first year here incredibly awesome. Even the comment section, you stay doing you booboo.