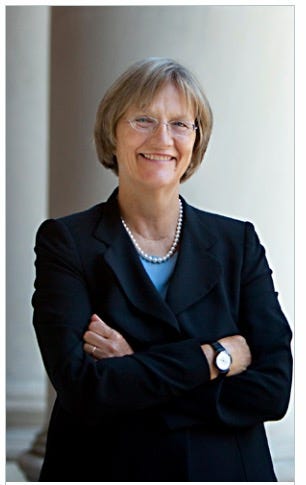 The Crimson – Starting with Harvard’s Class of 2021, undergraduate members of unrecognized single-gender social organizations will be banned from holding athletic team captaincies and leadership positions in all recognized student groups. They will also be ineligible for College endorsement for top fellowships like the Rhodes and Marshall scholarships.

So this is Harvard’s follow-up to their big declaration that Harvard “Final Clubs” (fraternities) need to start accepting female members, that in order to combat sexual assault no men-only associations are allowed to exist. A new form of punishment for anyone who is a part of one of those groups – no leadership positions on campus and no being a team captain.

“Although the fraternities, sororities, and final clubs are not formally recognized by the College, they play an unmistakable and growing role in student life, in many cases enacting forms of privilege and exclusion at odds with our deepest values,” Faust wrote. “The College cannot ignore these organizations if it is to advance our shared commitment to broadening opportunity and making Harvard a campus for all of its students.”

“[T]he discriminatory membership policies of these organizations have led to the perpetuation of spaces that are rife with power imbalances,” Khurana wrote. “The most entrenched of these spaces send an unambiguous message that they are the exclusive preserves of men. In their recruitment practices and through their extensive resources and access to networks of power, these organizations propagate exclusionary values that undermine those of the larger Harvard College community.”

To answer your first question, yes this is all perfectly legal. To answer your second question yes I do see the irony in a school promoting inclusion by immediately excluding large groups of people. And to answer your third question yes Harvard is the school you’re thinking of…the one with a 94.8% rejection rate and annual tuition of $60K+, where almost half of the student body comes from families making more than $200K a year, that has produced 52 billionaires and almost 3,000 graduates worth $200 million or more…taking a stand and giving lectures about spaces that promote power imbalances and networks of power.

The funny part? This big action to protect women and promote equality also applies to sororities, and has pissed off all the women on campus.

Via the Chicago Tribune:

While the recommendations appear to condemn the exclusivity for which all-male final clubs are known, the new guidelines also apply to fraternities, sororities and the more recently-formed five all-female final clubs.

The unexpected consequence of the penalties, then, is to prevent women from associating under their gender as well, prompting all-female groups to ask the administration to consider them in a different vein from their all-male counterparts.

“Basking in the praise of the national press for its efforts to make all-male final clubs go co-ed, Harvard has left out an important piece of the story: female final clubs,” three female students wrote in an op-ed for the Harvard Crimson.

They argued that while women would remain disenfranchised within the hierarchies of historically male clubs, the act of making historically female clubs go co-ed would effectively cause them to “die out,” as they lack the resources to compete.

Lesson learned for Harvard here – overreact to try and appease one movement, end up just creating a whole other one. 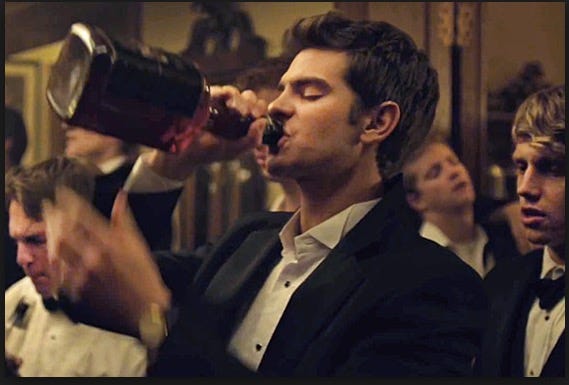 I obviously think there should be women-only sororities and clubs, because I’m not a braindead idiot. But not for this reason, which is probably the most absurd point I’ve seen in a while.

Never, not once, in any of my classes over 4 years, 8 semesters of college was there an “outspoken man” monopolizing the teacher’s attention. I don’t even remember a male that raised his hand and spoke up. Not in high school either now that I think about it. The only ones to every ask questions or participate in discussions with the professors were the girls. Every guy was either asleep or playing games on his TI-83.