Do you think Magic understands what Parody accounts are? No chance right? I imagine him finding out about Maqic Johnson and calling the police to report that his identity has been stolen. Troubling troubling times for Magic with a g. So good at twitter that there is now a fake one that has stolen his profile image and takes. Pray for Magic with a g. He needs our help in his time of need.

I probably shouldn’t have done this, a man can only take so many people taking his identity at once. Probably was like a scene from “The Net” at Magic’s house last night. 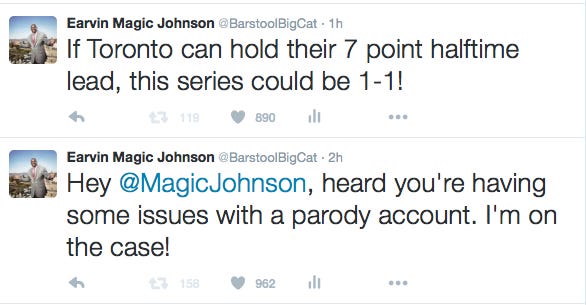