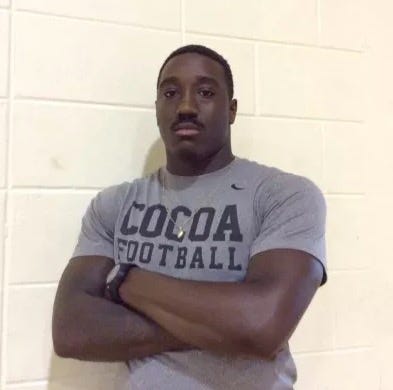 OCOA, Fla. ? Bruce Judson has cited his lack of communication with Ohio State coach Urban Meyer as the reason for his de-commitment from the Buckeyes back in October.

But during an interview with SEC Country, Judson revealed the specific incident involving Meyer that led to his decision.

At the time, Judson had been committed to OSU for seven months.

?Long story short, I was walking in the hallway about to go to the indoor field and work out. He was like, ?Hey.? I looked around. ?Come here.? He was like, ?How you doing, you like your visit?? I said, ?Yeah.? Then he?s like, ?What up Richard LeCounte? Are you showing this guy (Judson) around?? I was like, ?Coach, I?m showing him around.? He asked me, ?Who are you?? I told him Bruce. He said, ?Oh, Bruce Judson from Florida. The speedy guy.? I was like, ?Yeah.? He said, ?I?m glad that you?re on board and glad you got up here.? After that, I knew I was de-committing.?

?Coach Meyer contacted me enough to get my commitment,? Judson said. ?Then once he got me, he told me make sure I keep calling him. But after a couple months, he just stopped talking to me.

?The rest of the staff stayed in touch, but I didn?t get any love from Coach Meyer. If I?m committed there, you should treat me how you treat the recruits that you still want.?

Ok I like piling on Urban Meyer as much as the next guy but come on now. Let’s toughen up a little bit, recruits. Let’s keep in mind that you’re 17 and 18 year old kids not kings of foreign lands. You decommited from a college, where you’re going to spend the next 4 years of your life, a program you handpicked because you felt it was the best fit for you and would prepare you to go to the NFL and make millions upon millions of dollars…because the coach didn’t recognize you right away in the hallway? Because you felt a little bit of a snub? That’s so crazy. Urban may be an asshole, but I can tell you this, if he offered you to come to Ohio State he knows literally every single thing there is to know about you as a player on the football field and wants you there. Sorry he didn’t have time to chat on the phone with you every night while he was busy trying to recruit dozens of other guys to make the team you’re about to join as good as possible. If you need to be coddled and have a bedtime story read to you maybe you’re not ready for college in the first place.

Oh this is why you recognize him by the way. 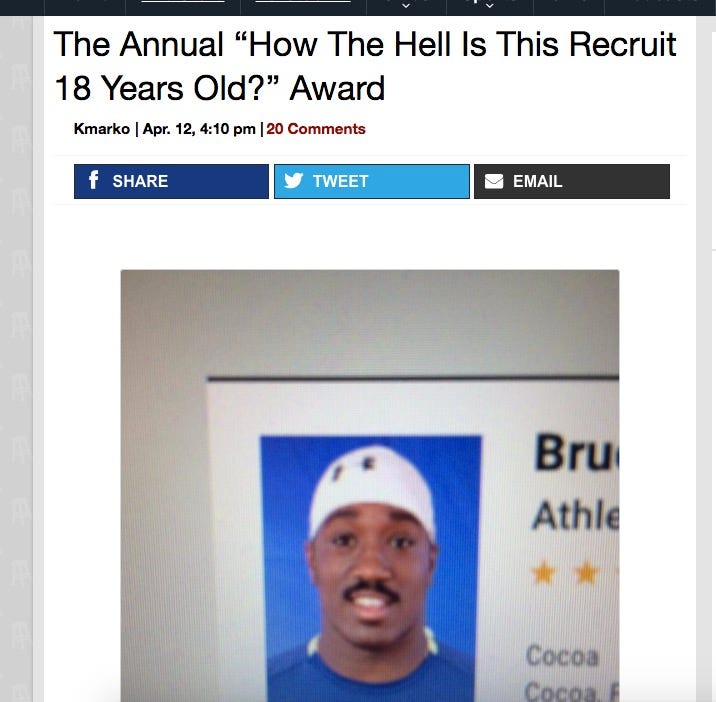 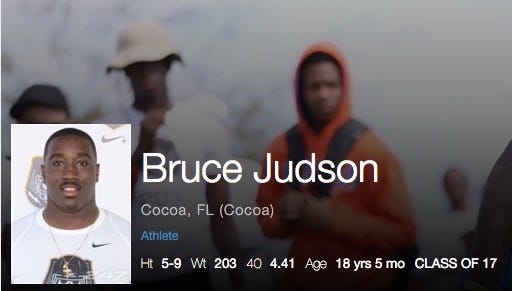 Bright side for Urban is he avoided committing to a guy who will retire in 2 years.