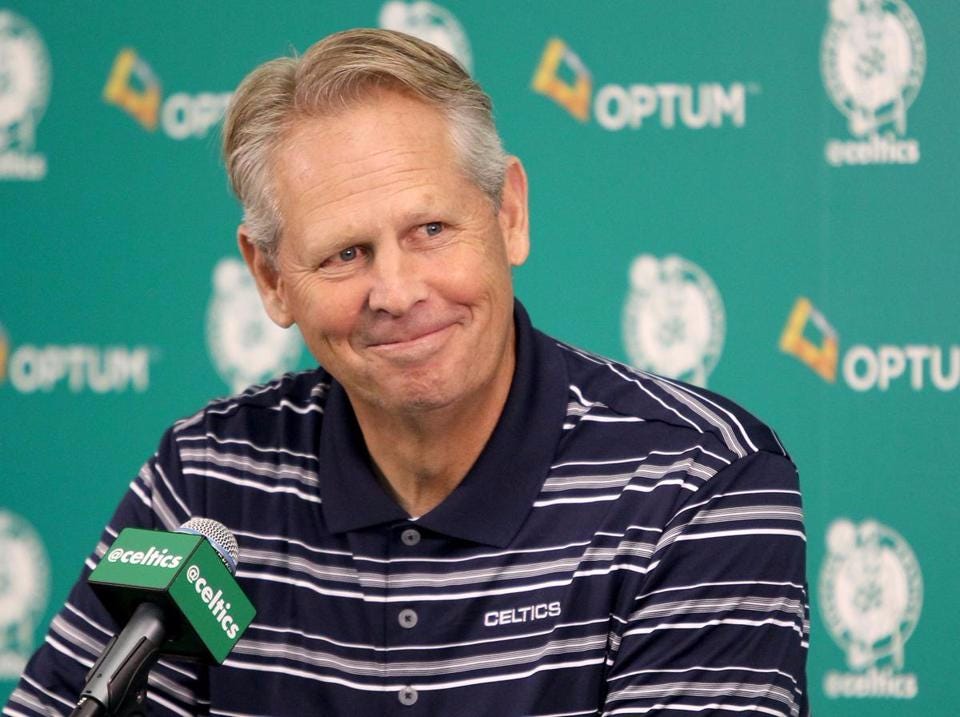 This morning Danny Ainge went on Toucher and Rich where he talked a little bit about their offseason hopes. I suggest you listen. Now remember, he has some parameters on what he can and cannot say, but I did think it was pretty telling.

The first concession he made was obviously the need for a low post/shot blocking player. Obviously that could come by trade, but for the sake of this exercise, let’s look at who out there in the FA market fit the bill

Not exactly the most encouraging list. You’ll notice I left off Dwight Howard because fuck Dwight Howard. Of this list, I think it’s safe to say that DET would match any offer for Drummond, and if GS extends a qualifying offer for Ezeli, I can’t imagine he would reject it. Who leaves GS?

In terms of URFA, you see the typical popular names of Whiteside and Horford, and if I had to choose between those two I think I lean more towards Hassan. Other than that, things don’t look so hot. For sentimental reasons I wouldn’t oppose a Big Al return, but in my opinion Gasol is too old, Jordan Hill too shitty, Mozgov is a question mark because as the Celts have seen first hand he can be a load, but I’m only meh on him. Ryan Anderson would be great to have, but he doesn’t solve your rebounding/low post presence problem, so that’s tough. Noah is interesting because while he’s been dealing with injuries, if he comes back healthy, it probably doesn’t cost a max deal to get him. If his health isn’t an issue, he may be the leader in my clubhouse if they swing and miss on Whiteside/Horford.

Second on his wish list was shooting, because, obviously. When looking at who is out there in the FA market, it’s even more hazy

With this group, we see a lot of the same issues. The best players are restricted. I do think GS lets Barnes go if someone offers him the max (which really could happen) as a strategy to try and find the next Harden, or a guy who was a piece, that could morph into something more given the chance. Maybe the hope is the WSH is fed up with Beal’s injury history and they don’t match an offer, but when you look at the URFA, nobody really jumps out at me. The good news is, any one of these guys would help the Celts shooting woes, but if they aren’t able to trade for a Butler/Paul George, learn to love this list.

Ainge also admitted that he would in fact sign a player he didn’t really want, if someone like Kevin Durant said so. To that I say, no doy. That is not news, or the least bit surprising.

With so much still in the air, maybe this is a stupid game to play, but this is what happens when your team shits the bed in the first round and doesn’t have the privilege of losing to CLE. God dammit.