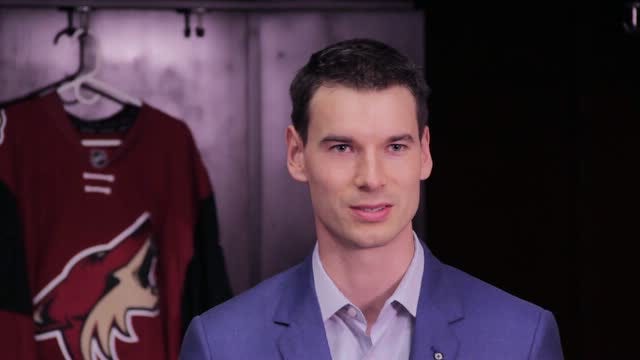 By now I’m sure you know that the Arizona Coyotes have hired 26-year-old John Chayka to be the new General Manger of the organization, replacing the man who hired him, Don Maloney. From an outsider’s perspective, I guess I could see why Arizona decided to go with the young blood. Chayka was the co-founder of an advanced analytics site called “Stathletes” and with the Coyotes having such a young core group of guys, they’d promote someone who reflects that. Well it’s come to my attention that the hiring process goes much much deeper than that. And it would appear that the Arizona Coyotes didn’t promote John Chayka for Chayka himself, but to make sure they keep around his smoking hot sister. Take a look for yourself and tell me I’m wrong.

And look at this post that just so conveniently features Max Domi down at the bottom.

All I’m saying is that if I’m John Chayka, I don’t let my sister ANYWHERE near the locker room. And if I’m anybody on the Coyotes’ roster looking to get myself a nice raise in my next contract, I avoid Meghan at all costs.