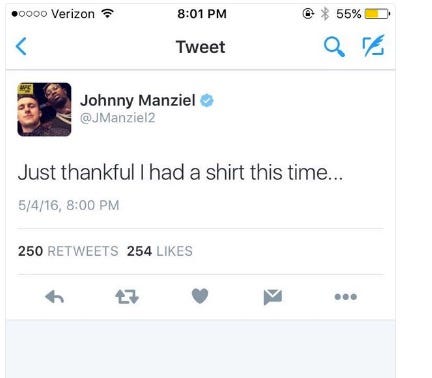 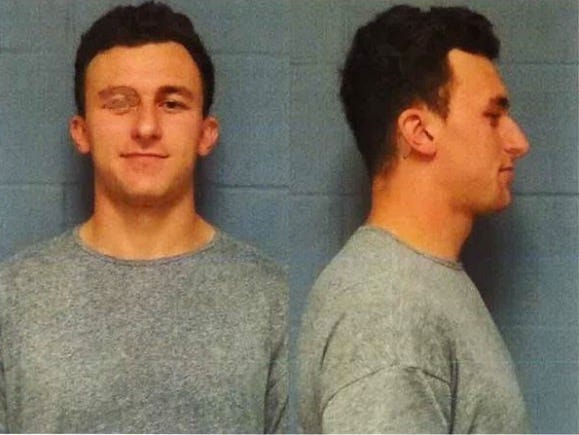 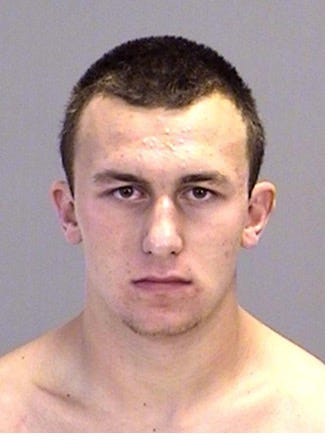 NBC – Former Cleveland Browns quarterback Johnny Manziel surrendered himself on Wednesday to police in Highland Park, Texas, where he was booked on misdemeanor assault charges.

Manziel posted bond and was released shortly — but not before taking an official mugshot.

And in classic Manziel fashion, the free-agent Heisman winner then took to Twitter to comment on his newly released mugshot, writing: “Just thankful I had a shirt this time…”

Manziel quickly deleted the post. Many users, however, were able to screen-grab it.

The line is most likely a reference to a 2012 mugshot in which Manziel was topless. He had been arrested following a bar fight while a freshman at Texas A&M University.

Gotta keep things in perspective, one of the most important parts of being an adult IMO. Always looking for a bright side. You could stew in the misery of being booked into jail for allegedly assaulting your ex girlfriend allegedly. Or you can keep things light and talk about the last time you got booked in jail for fighting. Love the maturity. “There are two sides to every story” – Johnny Manziel.