At first I was not inclined to blog this, but everywhere I go, everywhere I look there it is: Canada’s on fire. I thought, “Isn’t Canada always on fire? Who cares.” But the coverage sticks. It deepens. It’s almost like a civilization is in danger or a real place like the United States of America is burning. Very bizarre.

So I delved in. Upon reading, I thought I had entered a satirical article. How about this line:

Authorities ordered the evacuation of about 88,000 people, including the entire city of Fort McMurray, the Regional Municipality of Wood Buffalo said Wednesday.

lol. 88,000 people? In Canada? In the municipality of Wood fucking Buffalo? Come on. But sure enough, it’s true. All the trusted sources got it. Even the most trusted name in news either accidentally tweeted a story without Don Don or they, too, are covering this. 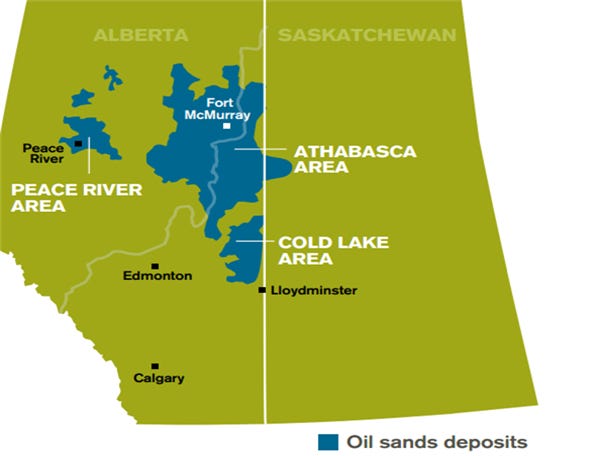 Oil + extreme temperatures + fire = not good. So the entire town of Fort McMurray has been evacuated. Kind Canadian folk forced to leave their homes, possessions, and I would imagine their famed patience behind as they frantically avoid the devastating fire: (via CNN)

In all, some 1,600 structures have been destroyed by the fire, Alberta Premier Rachel Notley said. However, there have been no reports of deaths or injuries, officials said Wednesday.

Extremely sad. Mother nature can be a real bitch. Thankfully no one has lost his/her life yet — let’s hope it stays that way.

Here are the WILD visuals:

Headed north to safety but this was Abasand hill at 3:45pm when we got out #ymmfire #ymm pic.twitter.com/xqxRNXfJFu 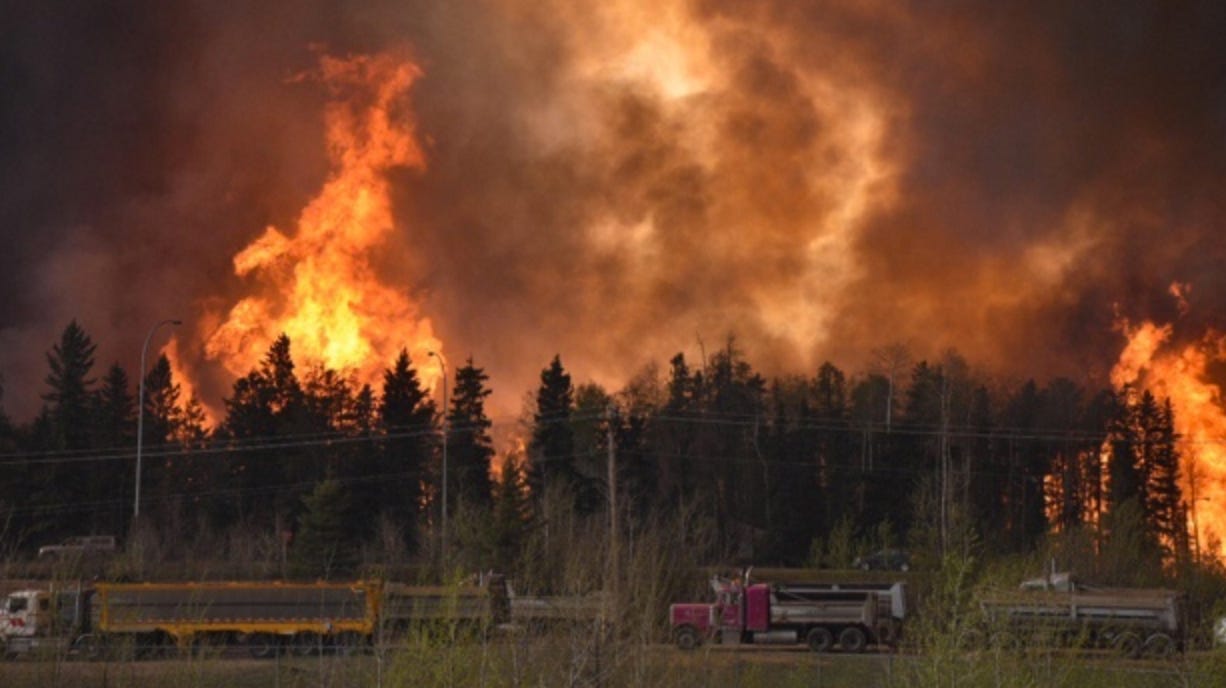 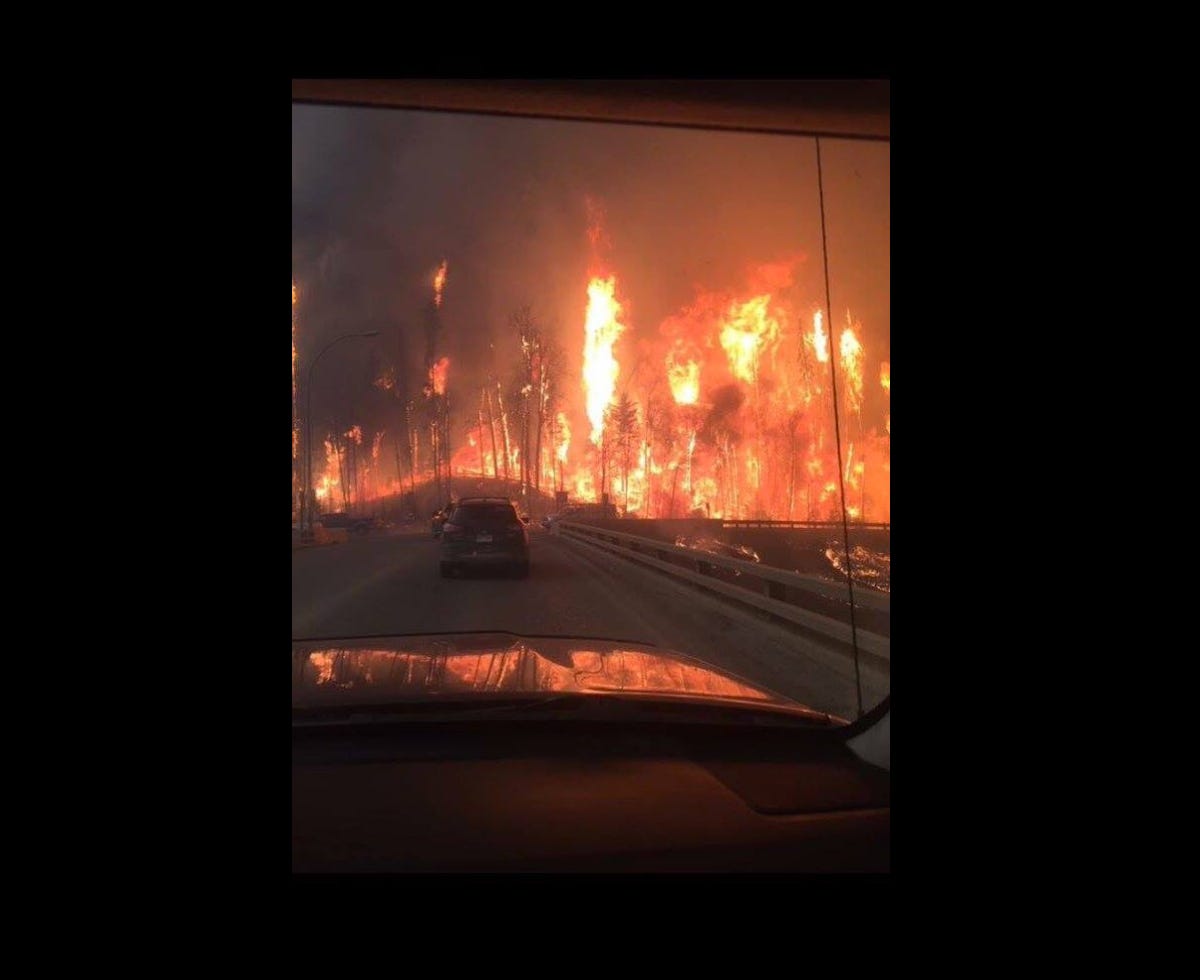 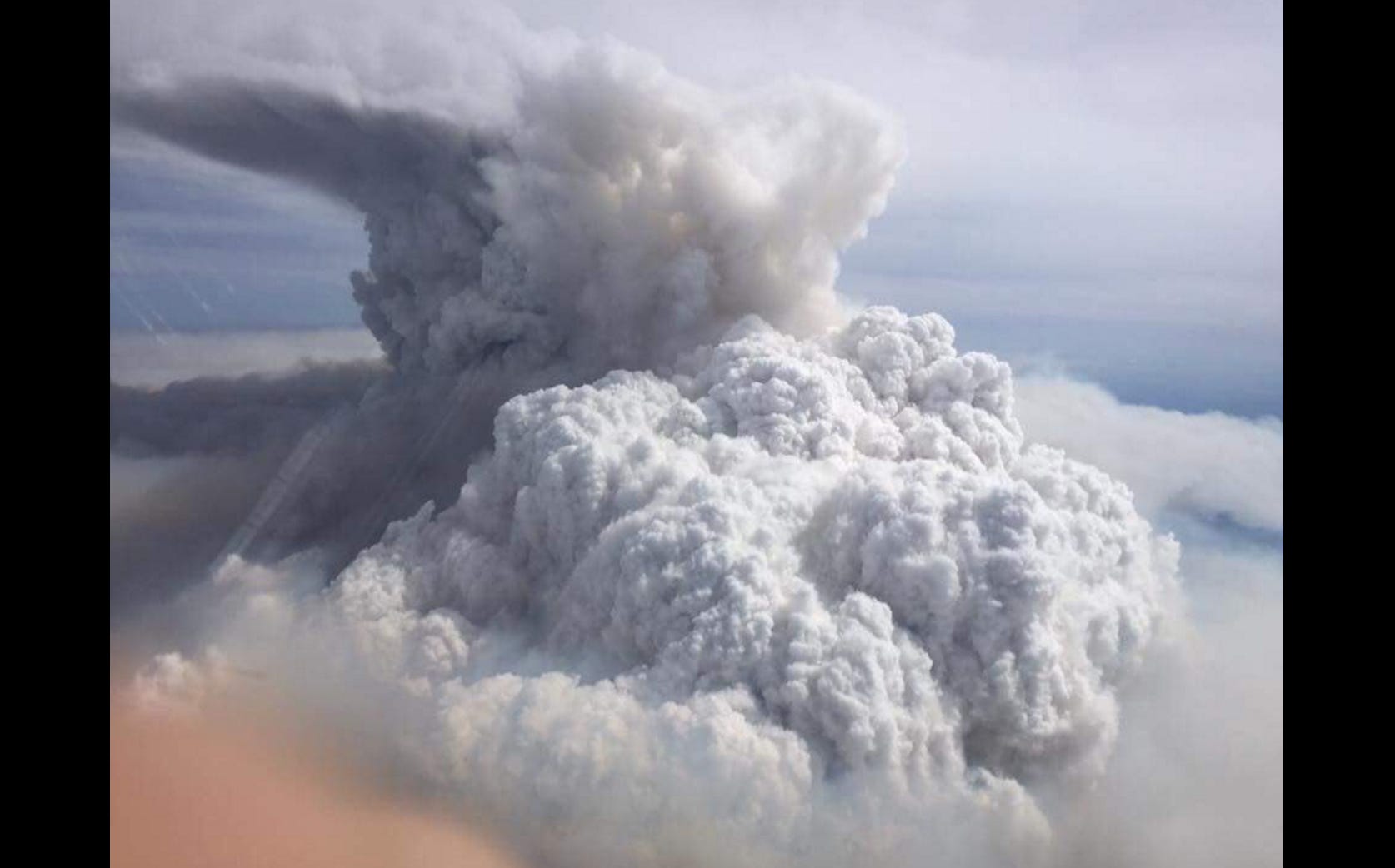 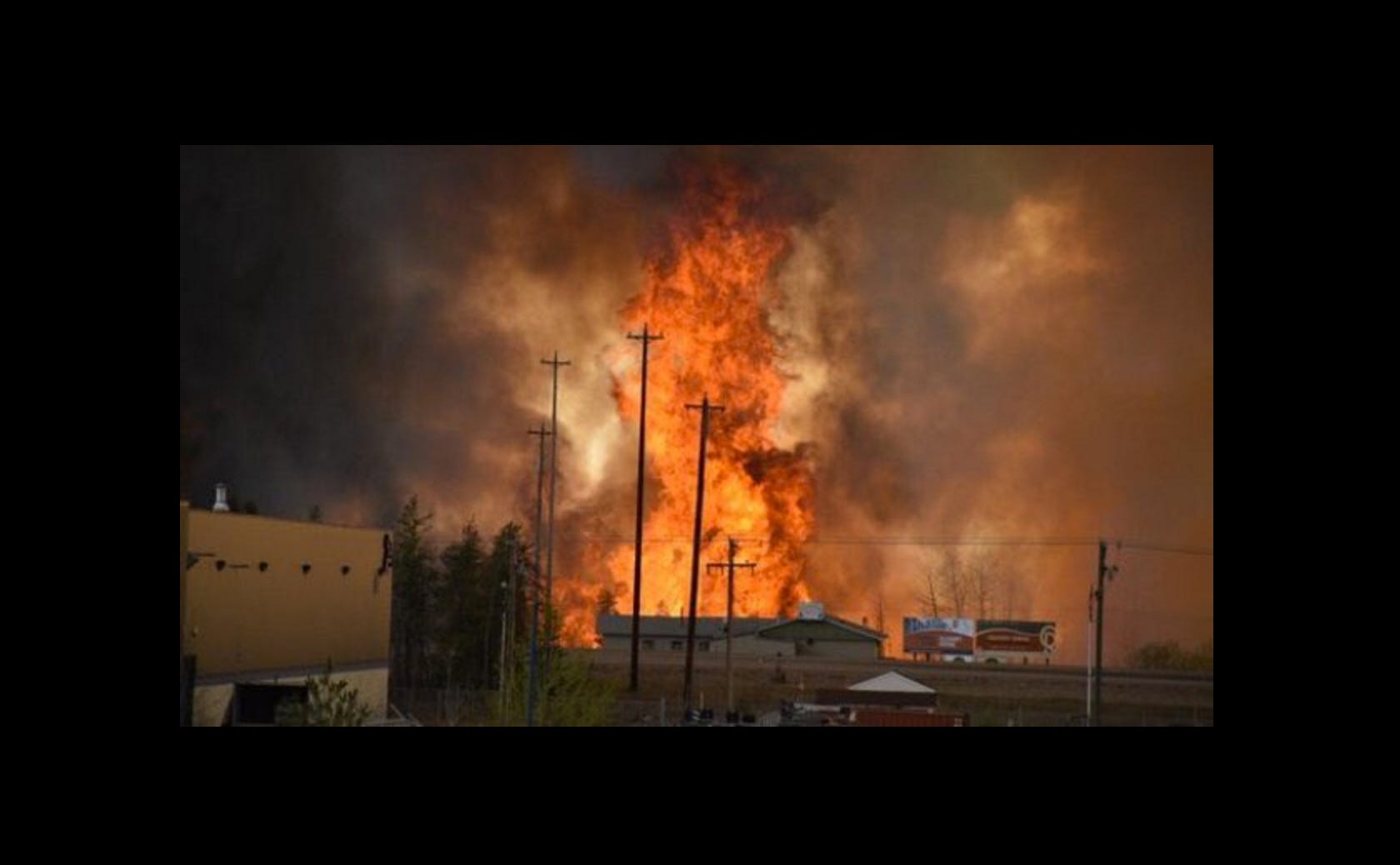 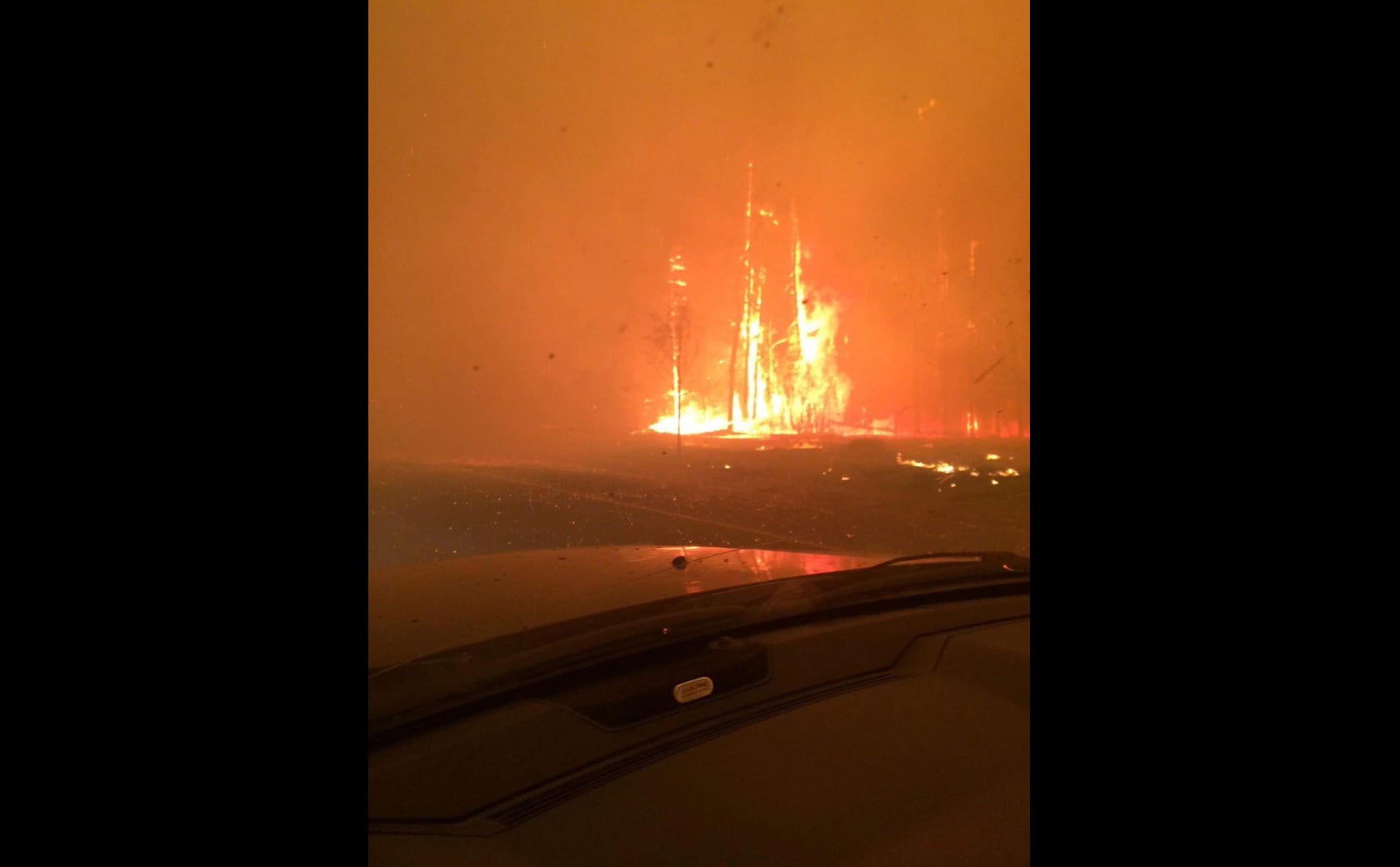 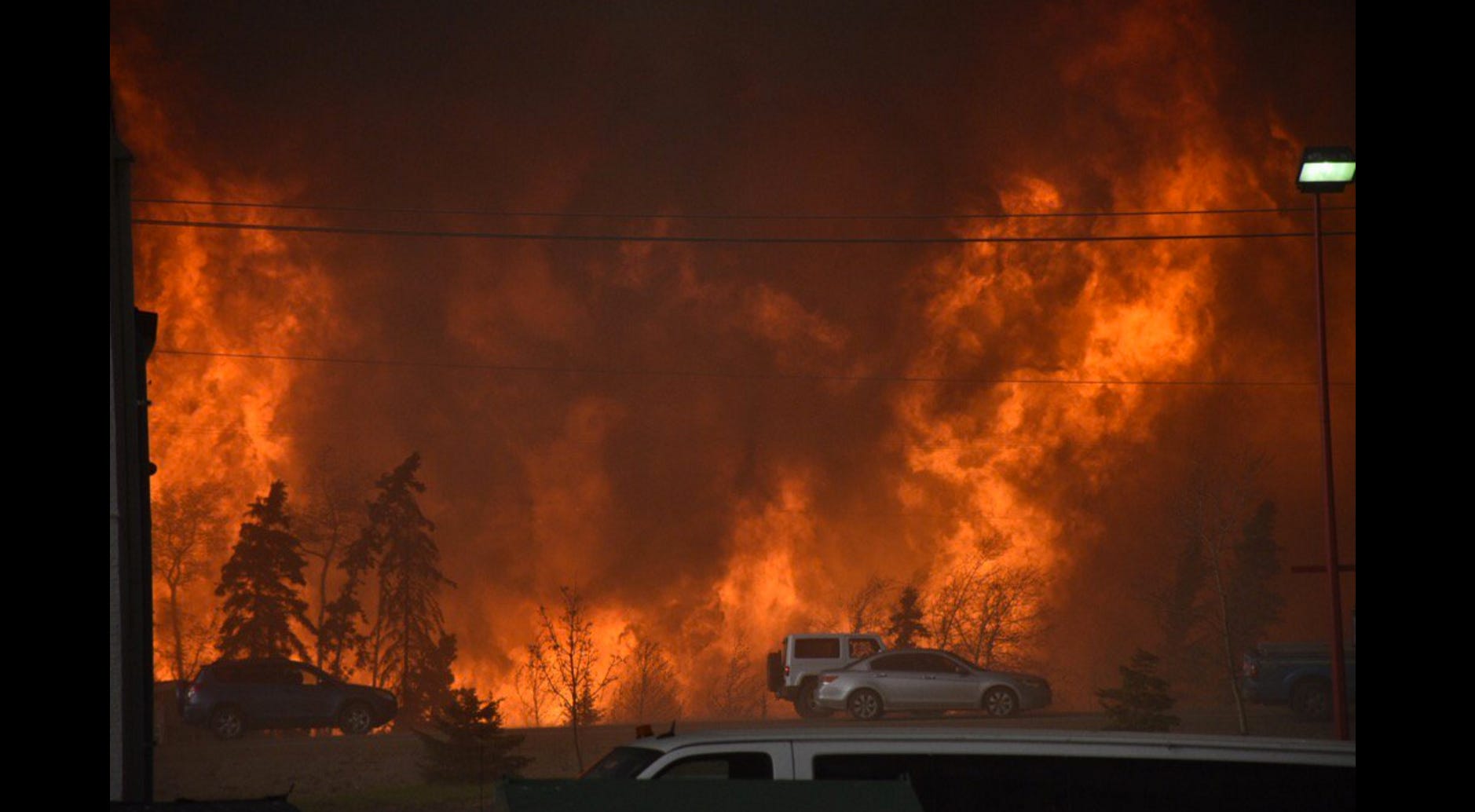 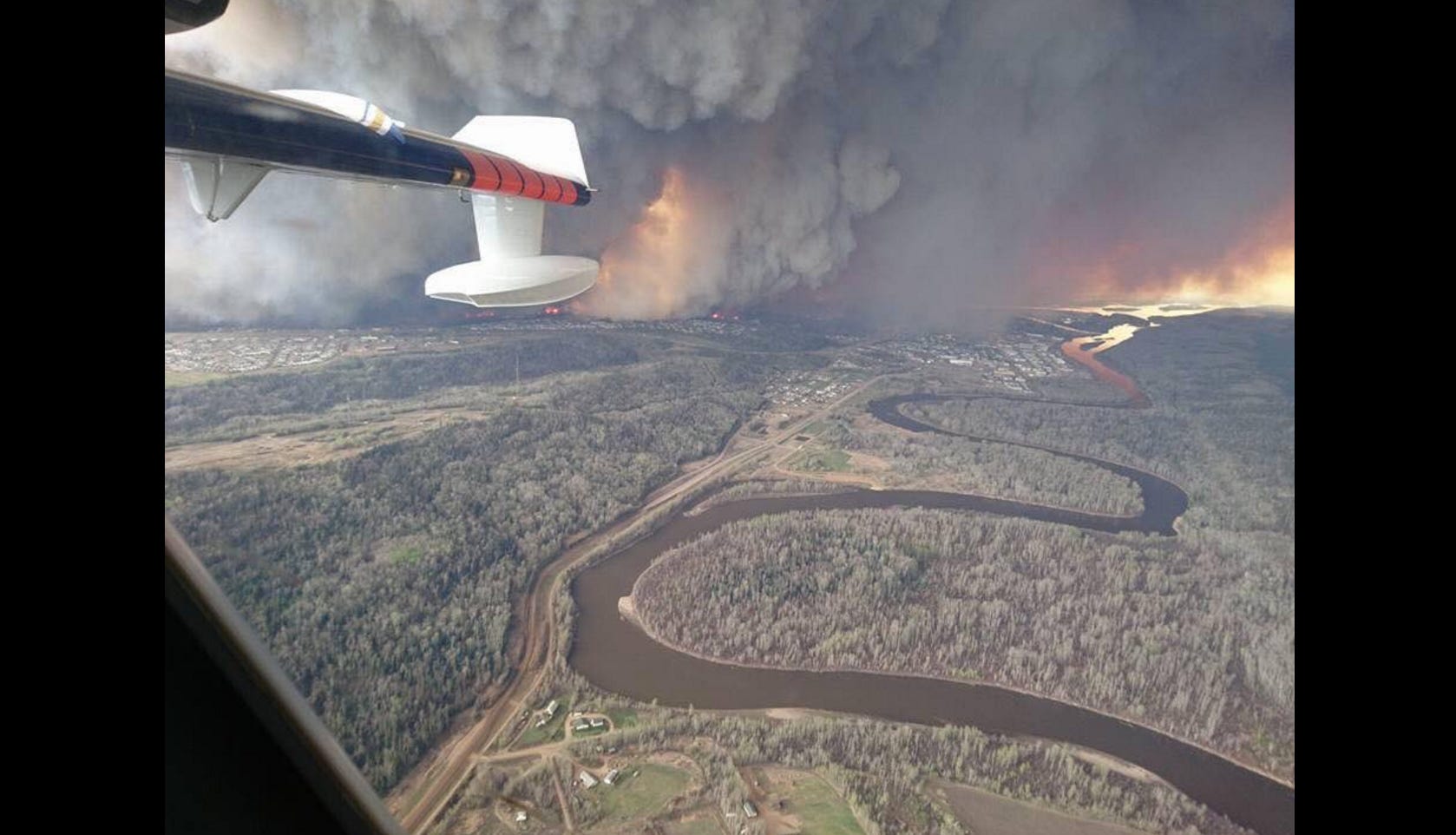 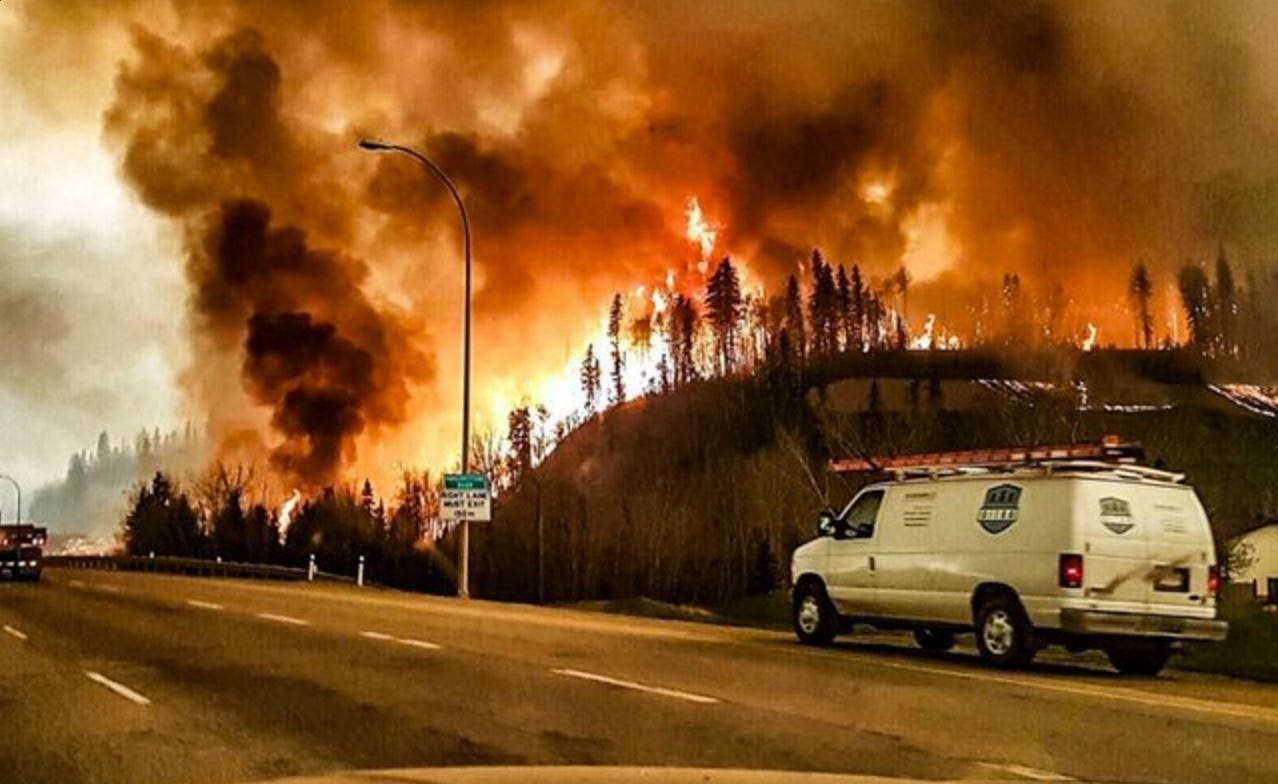 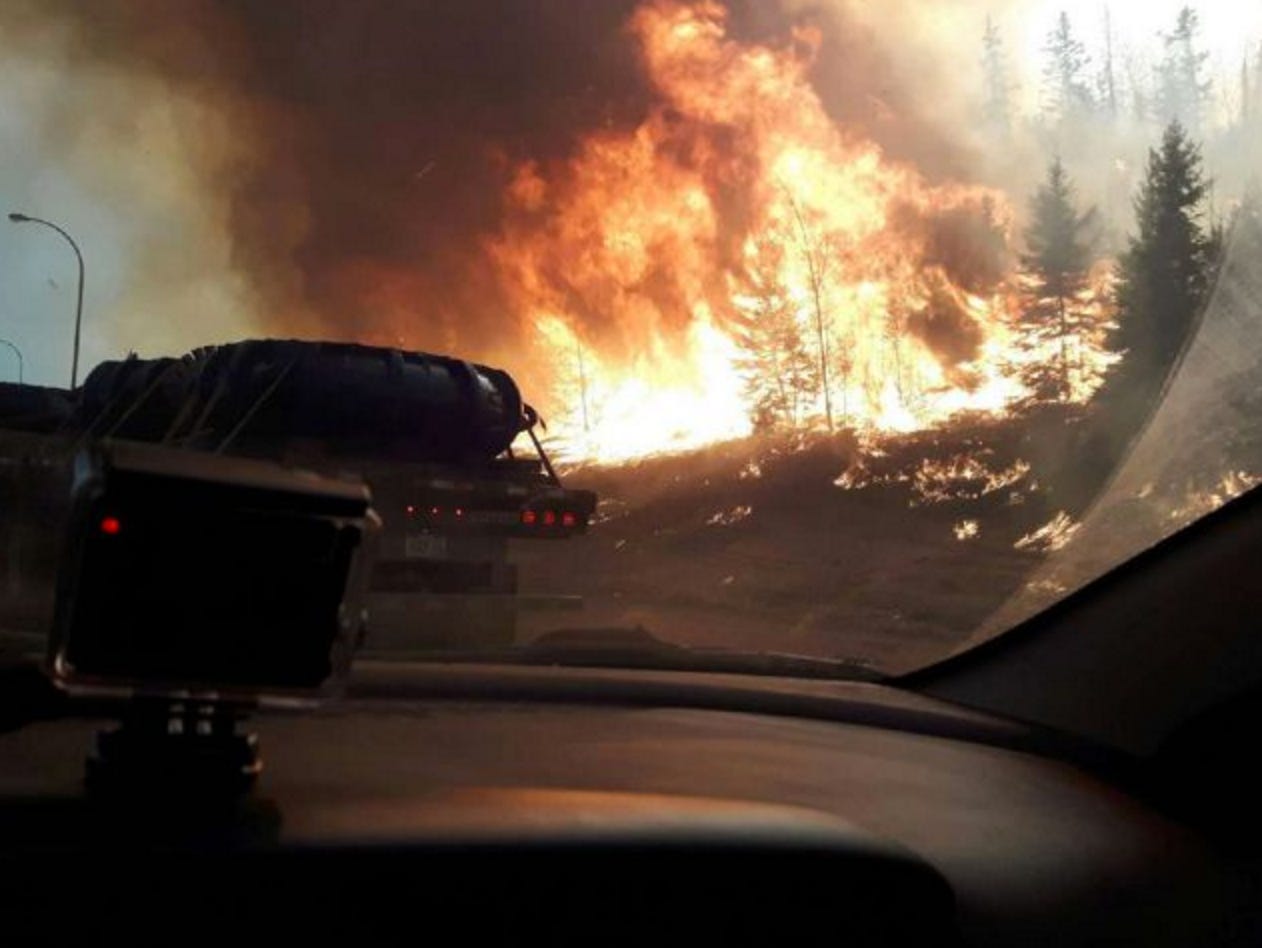 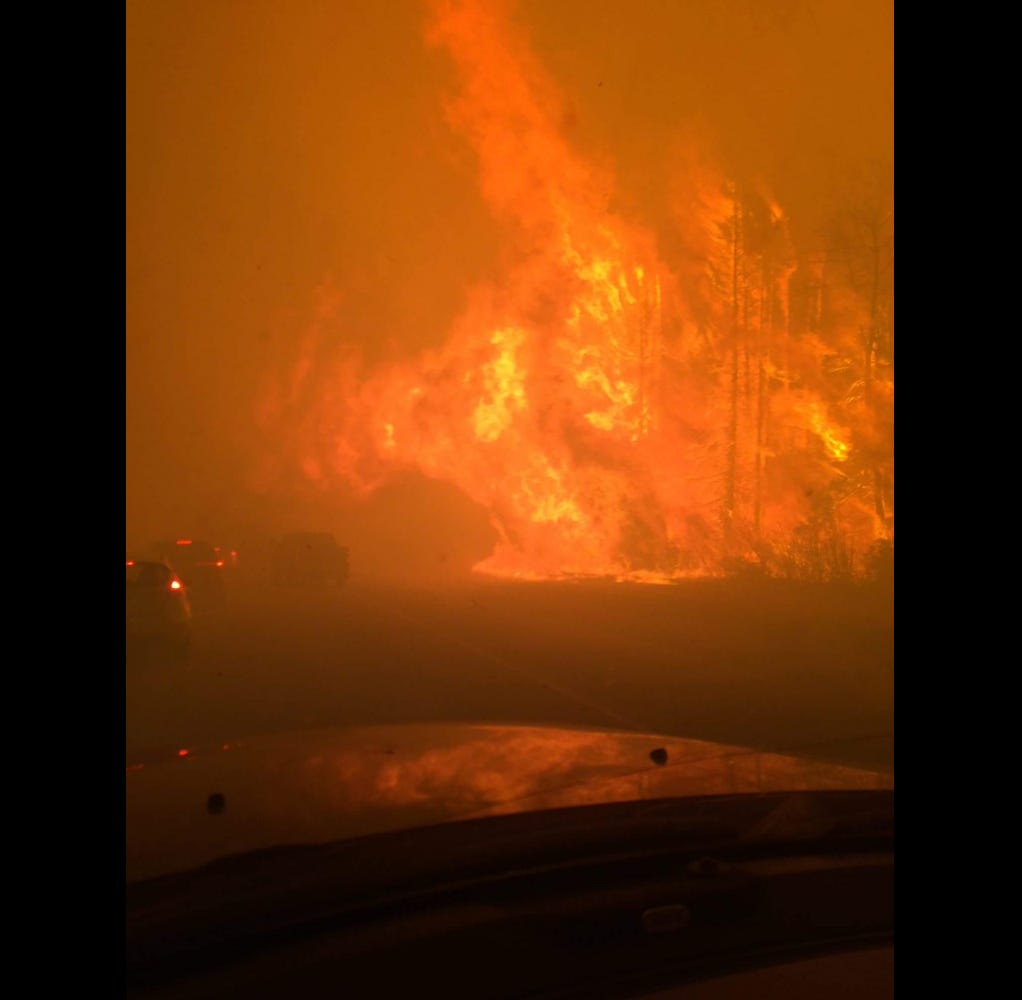 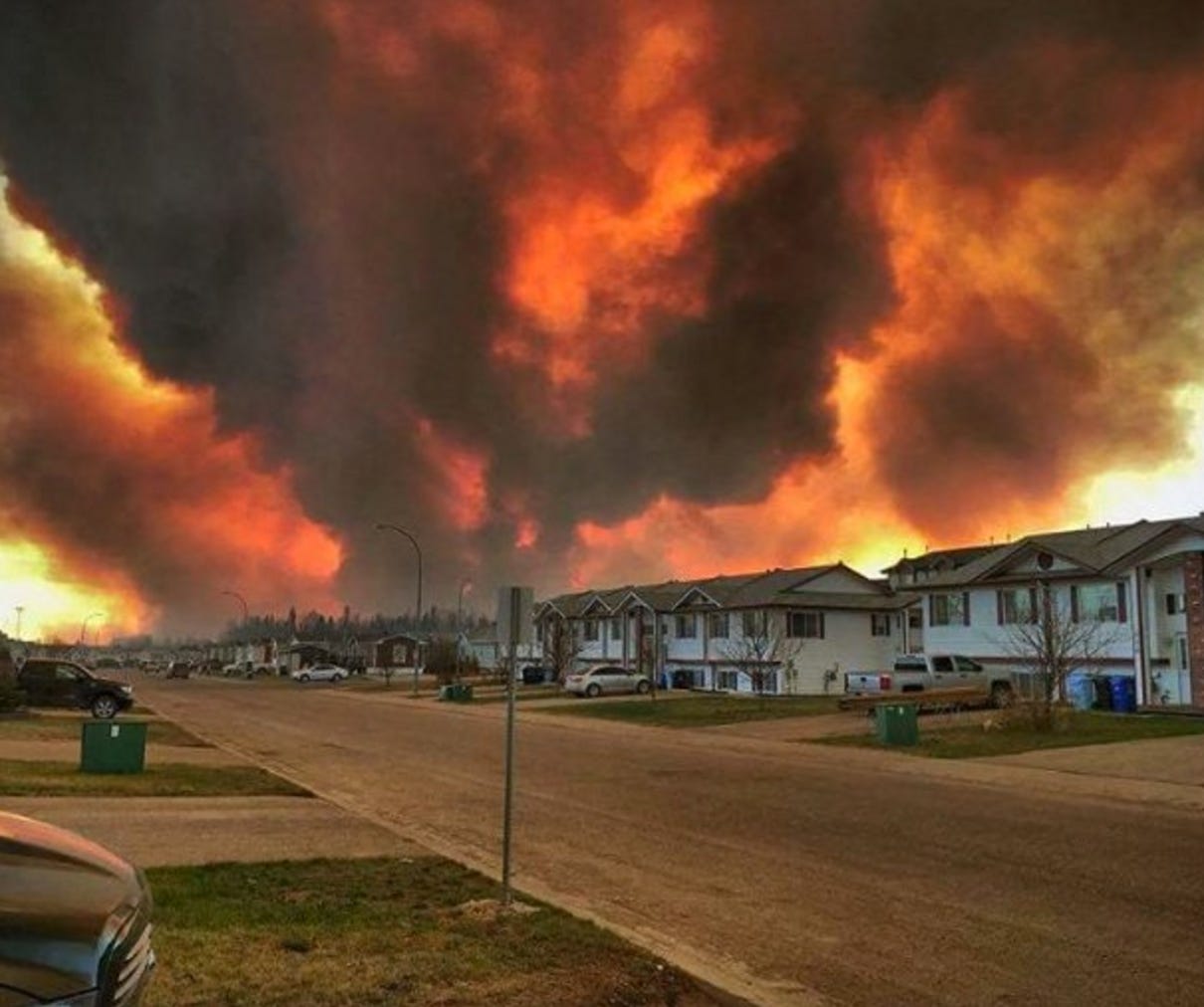 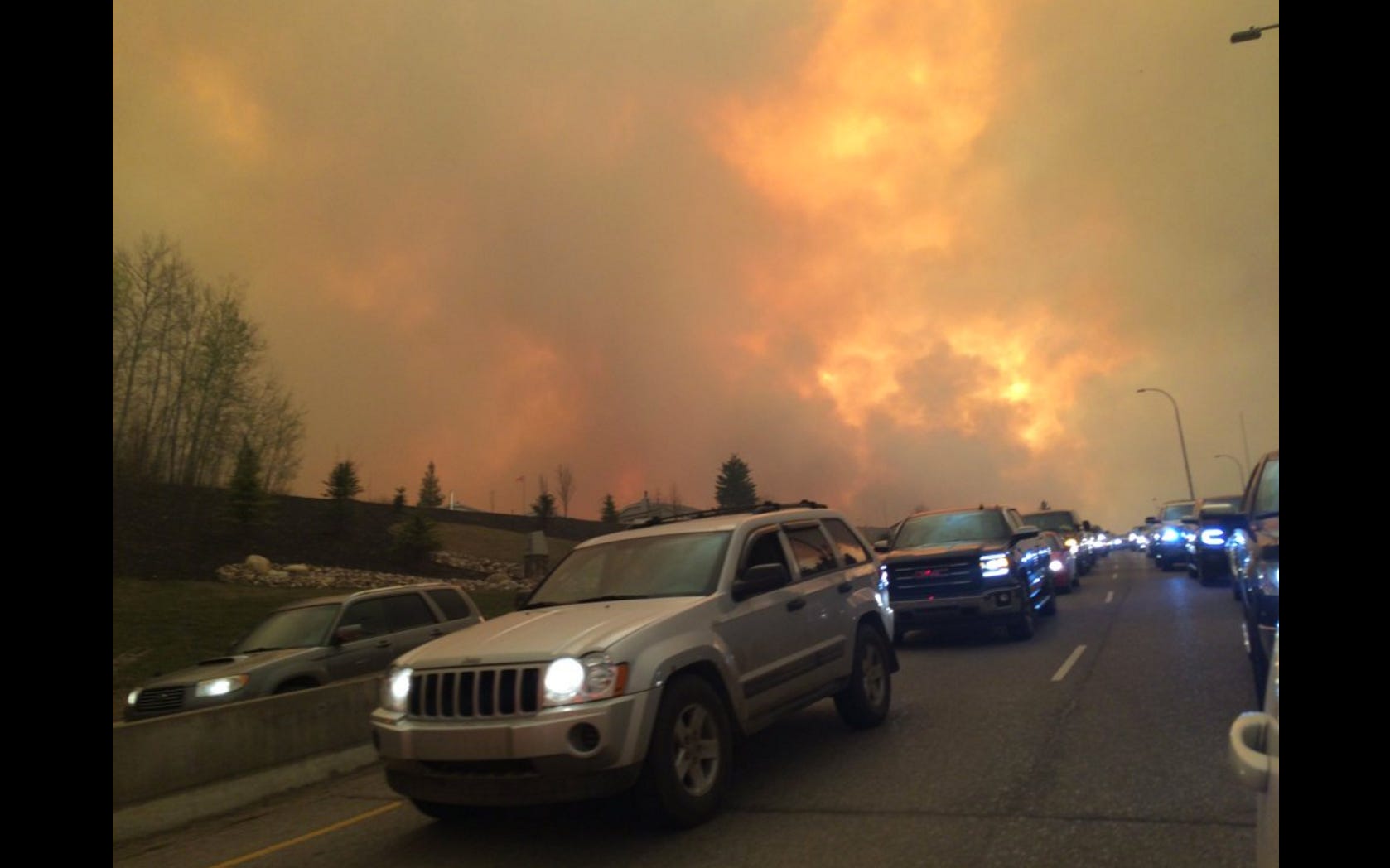 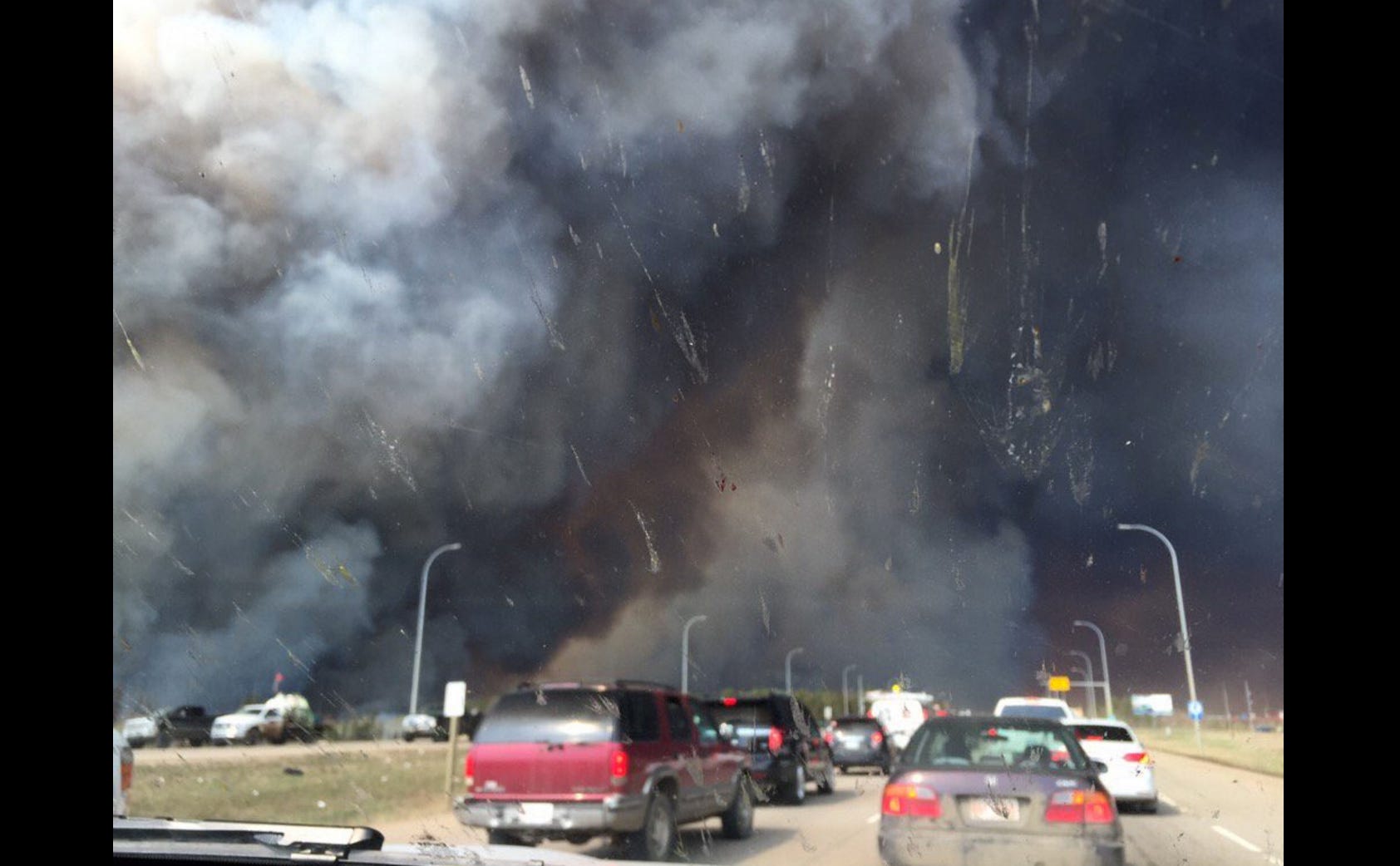 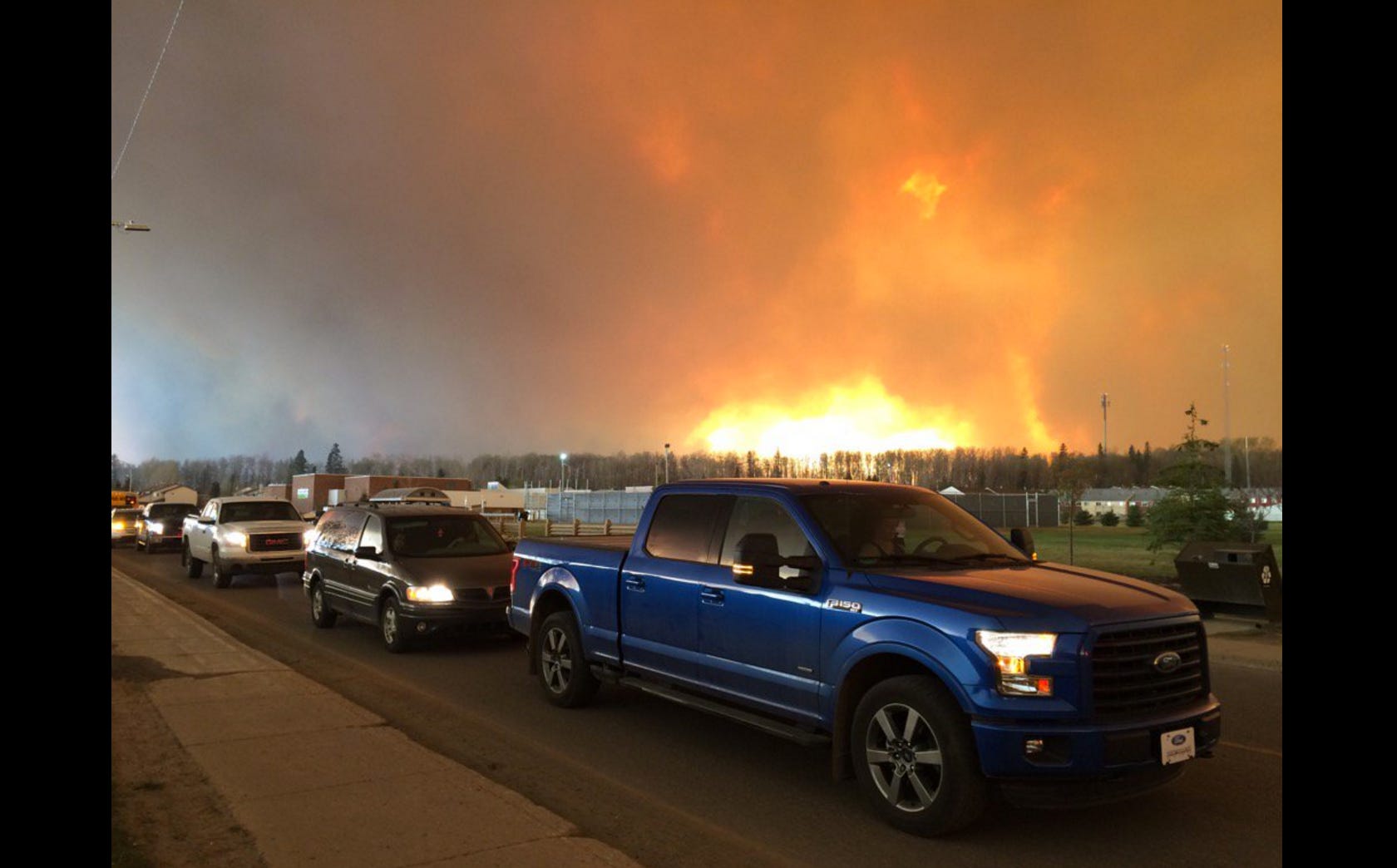