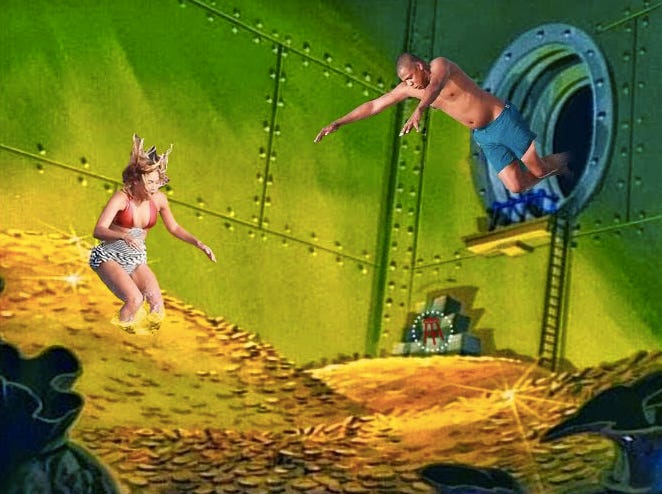 (Complex) — Jay Z may be crafting a new album in response to Beyoncé’s LEMONADE, according to a report from US Weekly. “Jay is working on an album telling his side of things,” an anonymous source told the magazine. Although it’s possible this source could be wrong—tabloid speculation about the couple’s relationship is frequently inaccurate or unconfirmed—the move would make sense.

First and foremost, I love the Twitter tough guys coming out of the woodwork to say this is the most obvious thing that’s ever happened. Yes, it’s not a shock, far from it. But this whole saga is like a musical reality show: the groundwork is based in truth then there are producers and managers egging on certain emotions and reactions. The whole thing isn’t fake. It’s not real, but it’s not fake. The people who instantly scream that it’s fake are like the people who say, “Oh that’s impossible,” during a movie. Yeah, you fucking idiot, I also had my suspicions that Vin Diesel couldn’t jump a car out of a skyscraper perfectly into an adjacent skyscraper, but it’s entertaining. Let me have this.

Finally, how bad is this gonna be? I can’t remember the last good song Jay Z did, his “verse” on Pop Style was 17 words. Now he’s somehow going to get in the booth and balance being a famous rapper with explaining away fucking someone not named Beyonce? Tough, tough situation for anyone let alone a guy who’s been cold for half a decade. You can’t keep your street cred and your wife. I mean I’m going to listen, for sure, but I’m just not going to get my hopes up for an album that’s essentially a husband and wife fighting set to music.

PS – If you want to make the highest grossing album ever call it Iced Tea. Then release a mixed album alternating between songs from each and call it Arnold Palmer. Boom, richest people ever.

Also, KFC and I jumped on a podcast to discuss because we’re little girls who love pop culture and didn’t think a blog could get deep enough with it. Listen here.